In 2017, UN Secretary General António Guterres called on the international community to rethink its approach to peace and security, noting that more time and resources are spent responding to crises than preventing them. Constantin Gouvy highlights the role of climate change in exacerbating the factors that fuel conflicts, from competition for resources and sectarian divides to poor governance. 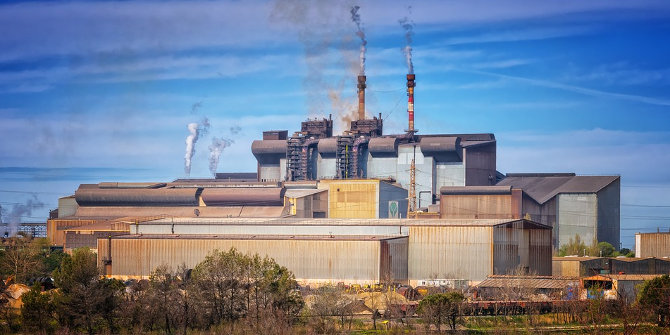 Over the past decade, the notion that anthropogenic climate change, otherwise known as man-made global warming, is becoming a ‘threat multiplier’ in the EU’s neighbourhood and beyond has gained increasing traction. As early as 2008, the EU released a joint paper entitled ‘Climate Change and International Security’, which identified several climate change-induced security risks threatening EU interests, and argued that they should be placed at the centre of EU security policy.

The impact of climate change on agrarian lands is a case in point. In the African continent at large, climate change is already drying up significant portions of land, and scientists predict further desertification, leading to more intense and recurrent droughts, famines, and displacement. This year alone, famine is stalking Nigeria, South Sudan and Somalia, and the problem is only likely to get worse: 40 million people across the continent are surviving off degrading land. How does this relate to conflict? In the Laikipia region of Kenya and the central and southern states of Nigeria for example, climate stresses are currently undermining traditional semi-nomadic pastoralism and aggravating violence in the competition for resources with sedentary farmer communities.

However, practical follow-through to the EU’s 2008 paper and later declarations has been lacking, and the impact of these statements on EU policy remains to be seen. At a time when the United States has taken two steps back on climate change, the EU has a vested interest in identifying problems early-on and easing the political, social and economic tensions exacerbated by climate change in third countries to prevent humanitarian crises and conflict spill-overs.

To do this, the EU will need to fully acknowledge the cross-cutting impact of climate change on conflict. Enlisting the support of young Europeans should be fundamental to this, as climate change is an inter-generational issue. Younger generations should be encouraged to feed into a dialogue that may shape the geopolitics they will inherit. Building on consultations with youth representatives on this topic over the past year, we at the 1989 Generation Initiative recommend that, in upgrading its conflict architecture, the EU should follow a three-fold course of action to widen its strategic framework, build institutional capacity, and hone its early-warning instruments.

Despite acknowledging the growing impact of climate change on conflict, the EU currently lacks a long-term climate security strategy. To allow for a preventive rather than reactive approach, the EU should consult with experts in both policy circles and academia, ensuring the strategy is regularly updated to reflect new findings and problems, and embed this work within its next Global Strategy to enable coordinated early-warning and action.

EU Member States have previously collaborated in other forums with international research organisations to design strategies on climate-related risks, for example within the context of the G7 to develop strategies on building resilience to climate-fragility risks. This approach could be emulated to devise a common EU approach to climate risks and conflict prevention.

To implement this strategy, the EU should make use of already existing resources. It could, for example, establish an inter-agency taskforce combining the expertise of several EU organisations, to be coordinated through a Special Representative on climate security. The conflict prevention division of the European External Action Service (EEAS) would be a natural contributor to this effort, as would the European Union Institute for Security Studies and experts at the European Commission.

A more novel contribution could be made by the European Environment Agency’s ‘Copernicus’ programme, several components of which would prove of particular relevance if directed towards the EU’s neighbourhood. Its ‘Climate Change’ programme, for example, helps the EU monitor and predict climate change, and supports adaptation and mitigation measures, and its ‘Emergency Management Service’ programme provides geo-spatial information on man-made emergency situations and humanitarian crises. The ‘Support to External Action’ strand of the security component would also be of interest, as it supports the EU’s efforts in assisting third countries in a situation of crisis or emerging crisis, helping prevent global and trans-regional threats from having a destabilising effect.

This taskforce should work in synergy not only with EU representations, but also with local partners, including African regional Communities such as ECOWAS (which possess their own conflict early-warning systems), and the African Union’s Peace and Security Council, which already holds a yearly session on climate change, peace and security.

One of the key conflict prevention instruments the EU has at its disposal is early-warning systems. Several of them exist already, including the one operated by the EEAS, but also the Climate Risk Early Warning Systems envisioned in the Paris Agreements, and the European Flood Awareness System operated by the Copernicus programme. However, no system currently integrates the two fields of climate change and conflict prevention.

The EU should supplement its early warning mechanisms by integrating climate change security risks. This would display an understanding not only of how climate change affects the environment, but also of how changing weather patterns impact the economic, political and cultural fabrics of at-risk areas. A successful early-warning system would be tailored to each of the situations it monitors, which implies mainstreaming climate security considerations across all relevant policy areas, from humanitarian aid and development policy to agriculture.

The paradoxes of climate change securitisation

Securitising climate change nevertheless comes with its own set of issues. In the context of conflict prevention for instance, inflating the importance of climate change would risk overshadowing the very factors it exacerbates. It may also influence the perceptions of those actors involved in conflicts, prompting a militarised response based on climate issues and potentially creating a self-fulfilling prophecy.

Articles and books covering the intersection between climate change and conflict are often prone to sensationalism. From Robert Kaplan’s dystopian forecast of ‘The Coming Anarchy’, to Al Jazeera’s sombre warning that ‘The Climate Wars Are Coming’, many publications strive to conjure up a sense of impending doom, which does not always reflect the state of our knowledge of the topic.

There is also a clear research gap at present, as conflict research and climate research have not yet been fully integrated. This ensures that the debate is constantly evolving, and several (sometimes paradoxical) questions remain unanswered, such as whether situations of scarcity may lead populations to develop cooperative rather than conflictual behaviour, and why this might occur in some situations but not in others.

Reactions to the Syrian civil war highlight the challenge posed for researchers seeking to integrate the two fields. The Syrian case has often been held up as a clear example of the ‘threat multiplier’ effect that can be produced from climate change, but recent contributions have cast doubt on this link, underscoring the need for greater caution and for conclusions built on rigorous research. Other contributions have sought to identify a relationship between climate issues and the rise of Islamic State in Iraq. How these discussions develop, and how this research is conducted and substantiated, will be of particular relevance as the debate moves forward.