European integration used to be a jewel in the liberal crown. Integration was not only seen as a quintessential liberal project, but also as a tool for spreading liberal values in Europe and beyond. How can we explain the dramatic decline in support for the Union? In an extract from his new book, Counter-Revolution, Jan Zielonka explores some of the reasons why disillusionment set in.

European integration was inspired by several key liberal propositions shared not only by liberal, but also by Christian democratic and social democratic parties since 1945. Liberals always believed that open markets are the best means of generating wealth and opportunities, of challenging vested interests, and of expanding people’s freedom. The most prominent liberals, such as John Stuart Mill, even held that trade generates peace because trade requires collaboration, trust, and openness. Trade also generates economic interdependence or even mutual vulnerability which liberals see as positive things because they create a common destiny of states and people. Liberals thought that common laws and institutions enhance cooperation and help to settle potential conflicts. A certain kind of central authority is also required not just to arrest free riding, but also to aggregate power and steer it towards collective ends. Not all liberals were nomads (Immanuel Kant hardly ever left Königsberg), but they were internationalists fiercely combating pathologies of nationalism.

The experience of two horrible wars in the twentieth century reinforced this normative thinking. Security based on walls, deterrence, and balance of power resulted in millions of deaths and economic destruction. The absolute notion of sovereignty emphasising national economics and jurisdiction seemed at odds with the post-war concept of modernity. Economic integration and transnational regulation was seen not just as a means for boosting growth and prosperity, but also for diffusing security concerns. The Schuman Declaration of 1950 stated that the European Coal and Steel Community, a forerunner of the EU, is to make war between historic rivals ‘not merely unthinkable, but materially impossible’.

There is no point in speculating what post-war Europe would have been like without the EC/EU. While it is true that many different factors have contributed to peace and prosperity, European integration was certainly one of them. This was even recognized by the Tory government in the early 1970s which saw joining the EC as a means of enhancing British well-being. The June 1970 speech of Anthony Barber, a UK government spokesman, outlining the British position towards the common market unambiguously declared:

‘It is wholly unrealistic to separate the political and economic interests of Europe, because our place in the world, and our influence, will be largely determined by the growth of our resources and the pace of our technological development. Economic growth and technological development today require that we integrate our economies and our markets.’

Archives revealing private discussions within the British government four decades ago confirm that politicians could hardly see their country booming while remaining outside Europe’s integrative scheme. This is history, however, at least as far as British Tories are concerned.

It is difficult to establish when things started to go wrong in Europe. Specialists in economics point to the collapse of the Bretton Woods system and the subsequent oil crisis that slowed down Europe’s impressive economic growth. Specialists in geopolitics point to the fall of communism in Eastern Europe which put the European project under enormous stress. The EU has enlarged dramatically, Germany has become not only larger, but also more powerful, and new neighbours have generated instability and migration. Specialists in EU institutions point to the failure of the European Constitution as a result of negative referenda in the Netherlands and France. Major reforms of the EU have been difficult if not impossible since.

Whatever the reasons for Europe’s worsening condition the last decade has seen the EU generating opposite effects from those originally intended. The EU’s major rationale was always efficiency, not citizens’ participation. Its case rested on the modernist notion of competence and progress rather than traditional notions of loyalty, trust, or affection. Nation-states, unlike the EU, had their mythical long history and democratic mechanisms connecting them with citizens. Yet, they were too small and weak to cope with global commercial, migratory, or security pressures. Because of its impressive size and scale the EU was able to accomplish things that individual states were not. Would any European state be able to impose and execute a mega fine of $1.4bn for failure to comply with anti-competitive business practices on a giant such as Microsoft? This is what the EU has actually accomplished.

True, European decision-making was always complex, slow, and hostage to the lowest common denominator, but this has not prevented the EU from flexing its muscle within and outside its borders. Consider the skilful way of stabilizing Central and Eastern Europe after the fall of the Soviet system through the policy of enlargement under strict conditions. Or think about the European Commission and the European Court of Justice’s impressive capacity to enforce application of the acquis communautaire comprising some 20,000 European laws, decisions, and regulations. However, today the European institutions look paralysed and unable to make progress on the most pressing issues. Individual member states practice cherry-picking in complying with European norms and laws, while the EU Neighbourhood Policy amounts to empty declarations. After three successive bailouts and numerous EU summits hardly anybody believes that Greece will ever pay its debts. Nor is it credible to claim that several EU summits devoted to economic migrants and political refugees have found a durable, let alone ethical, solution for coping with them. Russia is not going to leave Crimea, despite the EU sanctions. The EU is not even able to steer global trade and environmental negotiations, something that used to be the EU’s speciality.

One can go even a step further and argue that most of the problems Europe is facing at present have been generated by the EU itself. This is because the Euro was designed in a deficient way, and so was the Schengen system. I am not even talking about the European Common Foreign and Security Policy, which never had any meaningful diplomatic and military means at its disposal. In short, the EU institutions seem no longer fit for purpose, and by extension they are inefficient, undermining the basic rationale behind the EU’s very existence.

European integration was also supposed to create the most competitive economy in the world. It was supposed to make the ‘Stockholm consensus’ prevail over the ‘Washington consensus’, not just in the north, but also in the east and south of Europe. The common currency and the single market were the key means for achieving these ambitious economic aims. For a long time, these objectives seemed to be fulfilled even beyond expectations. The EC/EU generated growth by enforcing rules of economic competition and by abolishing barriers to the movement of capital, goods, services, and people within its borders. It negotiated external trade agreements protecting member states from exporters using lower labour or environmental standards. It helped weaker economic actors (in the private sector such as the farmers and in the public sector such as the regions) to cope with economic pressures. It opened and transformed markets of neighbouring countries through the policy of conditional accession to the EU or through various forms of association.

Growth has been distributed more evenly in Europe than in other parts of the world, diffusing industrial conflicts and contributing to competitiveness. Sweden, Finland, and Denmark with their high levels of welfare spending and environmental regulation score as well as the United States on the Global Competitiveness Index. The economies of Germany, Austria, and the Netherlands have consistently performed well despite their high taxes and social benefits. The Euro initially seemed a great success too, sheltering Europe from financial volatility and lowering costs of transactions. Today, the common currency is in trouble and it undermines the achievements of the single market. Even the strongest European economies struggle to generate growth and Europe’s welfare systems are shrinking. The European Commission seems more eager to listen to 30,000 lobbyists in Brussels than to ordinary citizens across the continent. The Euro was meant to help integrate Europe, but it achieved the opposite; it exacerbated the gaps and conflicts between the surplus and deficit countries, the importers and exporters, and the north and south.

Last but not least, European integration was supposed to get rid of power politics. Large and rich states were no longer to bully small and impoverished ones. Above all, Europe was not to be ruled by Germany. Today, a few ‘triple A’ countries run Europe with Germany in the driving seat. Gone is equality among member states. New treaties are written with only some states in mind, external (arbitrary) interference in domestic affairs abounds, and policies are chiefly about punishment rather than assistance and incentives.

Note: This post is an extract from Counter-Revolution: Liberal Europe in Retreat (Oxford University Press, 2018) and first appeared at our sister site, LSE Brexit. The article gives the views of the author, not the position of EUROPP – European Politics and Policy or the London School of Economics. 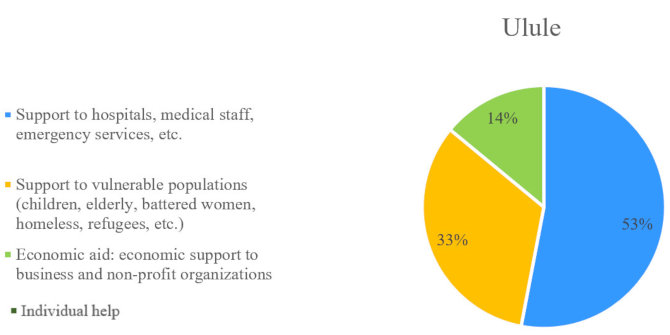 The West needs to call Russia’s bluff in the Balkans