Voters in Ireland have backed a proposal to amend the Irish constitution to allow for a liberalisation of the country’s abortion laws. But the referendum result also said a great deal about the social attitudes of Irish citizens more broadly. Lisa Smyth traces the history of abortion law in Ireland, writing that the moral certainties that underpinned the Eighth Constitutional Amendment in 1983 have been radically transformed in the 35 years since. 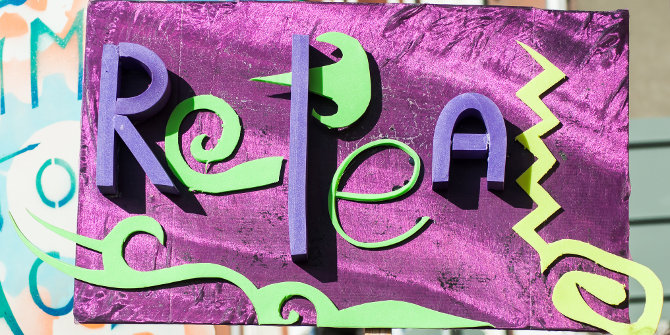 Ireland has voted to repeal the constitutional provision which affirmed an equal right to life for pregnant women and the ‘unborn’. The moral certainties which secured the passage of the Eighth Constitutional Amendment in 1983 have been increasingly destabilised over the last 35 years. The Amendment was introduced on the crest of a moral panic about the future of the nation-state in a newly outward-looking context, when the reliance on religious doctrine to guide legislation on family life, sexuality and human reproduction was already coming under pressure.

The courts affirmed new constitutional rights during the 1970s, including an entitlement to contraception as an aspect of marital privacy. Liberalisation was taking place in other jurisdictions, with a right to abortion being recognised in the US, also on privacy grounds. Inserting a ban on abortion into the Irish constitution promised to secure a Catholic-inspired ideal of the nation as a gendered family, against what was feared to be a growing tide of liberal secularism. The effort to recognise ‘the unborn’ as rights-bearing citizens aimed to block the introduction of abortion access by ordinary legislation, as had happened in Britain in 1967. The Eighth Amendment envisaged Ireland as a beacon of ‘pro-life’ morality in a liberal secular world. ‘The people’ were defined by the Pro-Life Amendment Campaign as essentially opposed to abortion; this was enshrined in the basic law of the nation-state; and only the people could change that basic law.

While abortion was treated as an abstract moral question in the debates running up to the 1983 referendum, it has effectively been reframed as a women’s health issue, as case after case has undermined the absolutism evident in the debate in the early 1980s. The ban on abortion established what Anthony Appiah calls an ‘honour code’ (2010), supressing dissent and successfully attaching shame to code violations. Abortion was an unspeakable and hidden practice during the 1980s and 1990s. However, the evident impact of the abortion ban on the lives of girls and women has made that honour code itself a source of shame.

International attention has focused time and time again on cases where women have been allowed to die rather than receiving healthcare while pregnant, whether because of terminal illness or other circumstances. The death of Savita Halappanavar focused world attention on the life-threatening consequences of the Eighth Amendment for any pregnant woman resident in the state, regardless of the condition or viability of her pregnancy. Others have been forced to leave the country to end impossible pregnancies, at times even accompanied by police and funded by the state, when a ward of the court was involved. One pregnant and suicidal refugee, Ms. Y, was forced to give birth by Caesarean section in 2014, to ‘terminate’ a pregnancy that had resulted from rape.

This case history undermined the moral standing of the Eighth Amendment. The public recounting of personal stories of abortion indicates that it is no longer deeply shameful. Instead, shame is attached to the ban itself, and the actions of the state in support of that ban. The campaign for a ‘No’ vote in this latest referendum could not claim that the Eighth Amendment had been instrumental in securing national survival in an immoral, liberal world. This would have made little sense for a society which had become a beacon of equality in 2015, as the first state to introduce marriage for same-sex couples by popular vote. Instead, the ‘No’ campaign had to move away from claiming to defend the nation’s ‘soul’ and instead emphasised foetal health and opposition to discrimination against disability. This change in campaign messages indicates a transformed moral landscape, where understandings of what is at stake with abortion law have shifted considerably.

The implications of this historic vote for abortion access in Northern Ireland are less certain. The British Abortion Act (1967) does not apply to this region, and abortion can only be legally accessed where the life or long-term health of a girl or woman is at stake. Women from Northern Ireland seeking abortion in other circumstance face taking pills purchased online without medical support, or travelling to access abortion services elsewhere, often in Britain. While recent survey data shows strong support for liberalisation in the region, abortion is regulated through ordinary legislation so changes to the law do not require a popular vote. Instead, complex party arithmetic drives the politics of abortion law, making the prospect of a similar moral revolution less likely, at least in the short term.