Social democratic parties have experienced a sharp drop in support in several countries across Europe, underlined by the defeat of the German Social Democrats in last year’s German federal elections and the collapse of the Socialist Party in the French presidential and legislative elections. James F. Downes and Edward Chan present data on the role that the financial crisis and the migration crisis have had in furthering the erosion of support for social democratic parties in Europe.

Last year was a harrowing one for social democratic parties, underlined by the German Social Democratic Party (SPD) suffering their worst electoral result in the postwar period, and the once powerful Socialist Party (PS) in France coming fifth in the French presidential election.

Traditionally, social democratic parties have been the bedrock of party politics across Europe and their recent electoral debacle should not be downplayed. Instead, their electoral decline has been a gradual and comprehensive one. In Germany, the SPD experienced their worst ever result in Bremen at the 2013 state election, which had been their traditional stronghold. Social democrats have also been losing ground in Nordic countries, where they have traditionally flourished.

While the halcyon days of the social democrats were in the late 1990s, they have been suffering electorally in recent years. At their peak, parties or coalitions with leadership from them governed twelve of the then fifteen EU countries. However, by 2006, the number of left-led governments in those countries fell to fewer than five. Their centrist shift in the 1990s eroded their traditional voter base while the centrist voters had low attachment to them and soon deserted them. A larger problem might be looming – they are running out of ideas. Their solution to modern capitalism has been a centrist shift (for example the Third Way in the UK and the German ‘’Neue Mitte’’) which is largely borrowed from the ideology of neoliberalism. Simply put, they lack original ideas of their own.

A recent research paper casts light upon the life-cycle of social democrats in Europe. Globalisation, the collapse of the Berlin Wall, alongside European integration, brought about a reinvigorated form of social democracy. However, the third wave has arguably stagnated since the early to mid-2000s. While social democratic parties have been in the midst of a longer-term electoral decline, they have suffered two fatal blows recently. 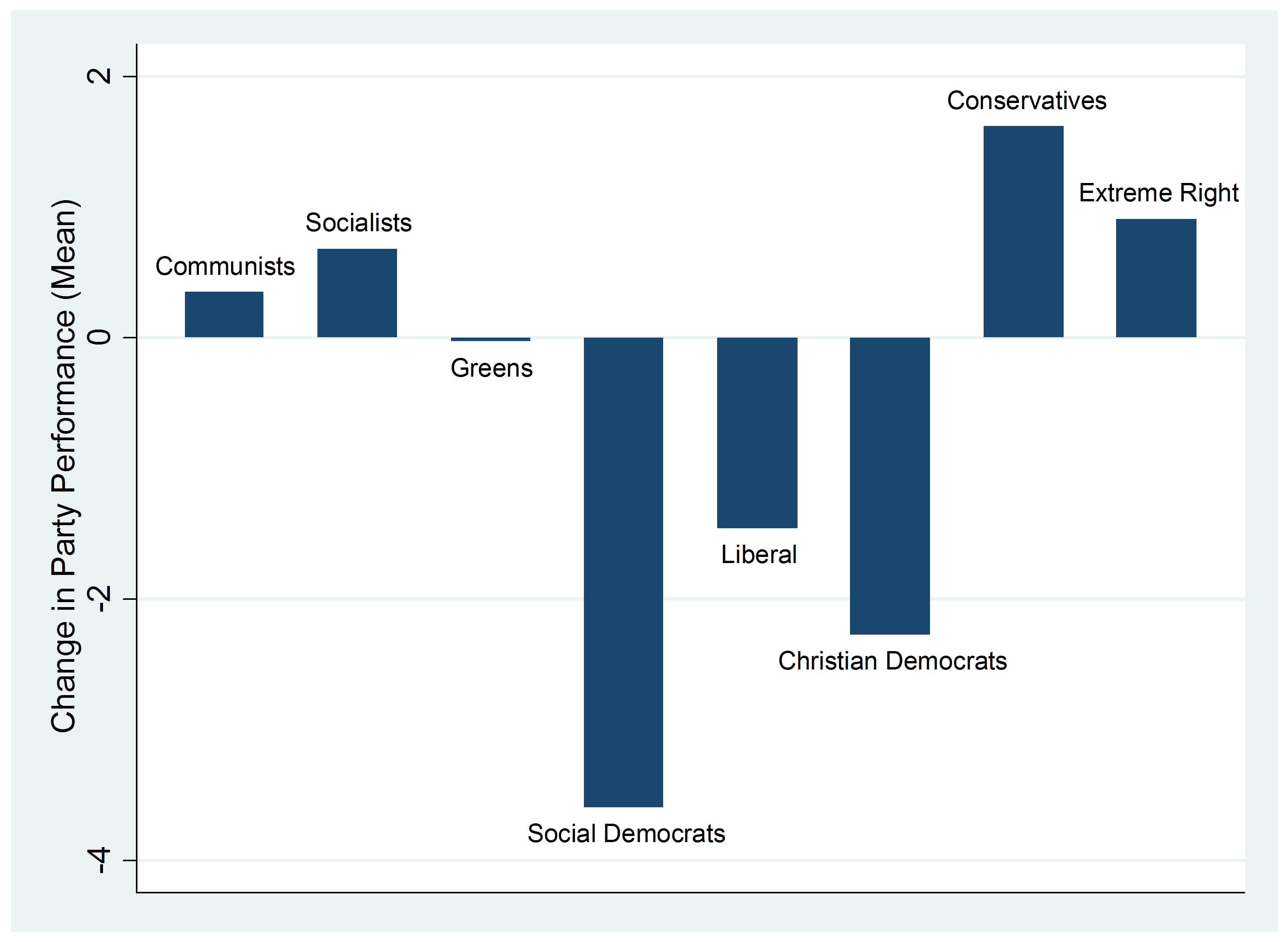 Social Democrats appear to have borne the largest brunt in the economic crisis, with a number of parties losing out electorally. The graph also shows that political parties on the centre-right such as Conservatives performed better electorally. Varying results are also found for parties on the radical right. It is important to note that the economic crisis that began in 2008 and swept its way across EU member states did not lead to a systematic ‘rise’ for radical right parties and is consistent with recent research.

A number of notable incumbent social democratic parties lost out electorally during the crisis period, including PASOK in Greece, the SPD in Germany, the Hungarian Socialist Party (MSZP), alongside the Dutch Labour Party (PvdA) and the UK Labour Party. These findings demonstrate how anti-incumbency effects can play an important role in explaining the decline of the centre-left. Table 1 further demonstrates how social democratic governing parties lost out the most electorally in the crisis period. These results are striking in showing how social democratic party electoral losses are considerably larger than a number of centre-right party families, such as Conservative parties. While a number of incumbent centre-left parties were forced to curtail their public expenditure during the crisis, this has played into the hands of populist radical right and left-wing parties. Social democratic parties are arguably losing out on the key issue of welfare policies.

The second event comprises the ongoing refugee crisis that has arguably led to the systematic collapse of a number of social democratic parties in Europe. Table 2 below provides recent election data that takes the last two national parliamentary elections that coincide with the recent migration crisis that has swept through Europe. The migration crisis context has seen the salience of immigration rising in a number of countries as a key issue amongst voters. Table 2 is striking and further demonstrates the widespread electoral collapse of the social democratic vote across Europe. A number of countries in Western Europe such as France, Germany, the Netherlands and Italy underline this trend. The recent 2017 French legislative election results are also striking, in illustrating how the PS saw their vote share reduced by 32% points and an overall loss of 286 seats.

At the same time, the Dutch Labour Party (PvdA) continued its long-term electoral slide in the 2017 national parliamentary election. Several of these social democratic parties have also gone from being incumbents to now being in opposition. It is also important to note how populist radical right parties such as the Alternative for Germany (AfD), the National Front (FN) in France, and the Northern League (LN) in Italy benefited considerably in the 2017 and 2018 national parliamentary elections that were held. The data presented below provides a simple snapshot of the overall electoral situation and one that paints a bleak picture for social democratic parties.

Note: Data is from the last two national parliamentary elections. Figures for France are from the second round of legislative elections. For the Italian Democratic Party, figures for the centre-left coalition are presented and therefore it is not possible to accurately calculate the change in vote share percentage.

The electoral decline of traditional social democratic parties in the twenty-first century arguably demonstrates how they have lost grip of the modern socio-economic situation, with voters seeking more radical parties. Collectivist policies no longer fit the age of free trade and automation, and the traditional working classes have also been diminishing over the last few decades. Social democratic parties should seek to formulate their own original and modern policies with their own identity.

The decline can therefore be seen as a larger threat to modern liberal democracy in twenty-first century Europe. According to recent research, a large proportion of traditional working-class supporters have become disenchanted with the wider political process. These so-called left-behind voters used to be the bastion of support for social democratic parties in Europe, but instead have shifted away from the centre-left.

The centre-left working class vote is no longer stable, with social democratic parties losing support to both radical right and left-wing parties alike. Two key events in the form of the 2008-2013 economic crisis and the ongoing migration crisis have further precipitated the electoral slide of social democratic parties across Europe. The twenty-first century has been a turbulent time for Europe’s social democrats, and this volatility is likely to continue in the coming years ahead. 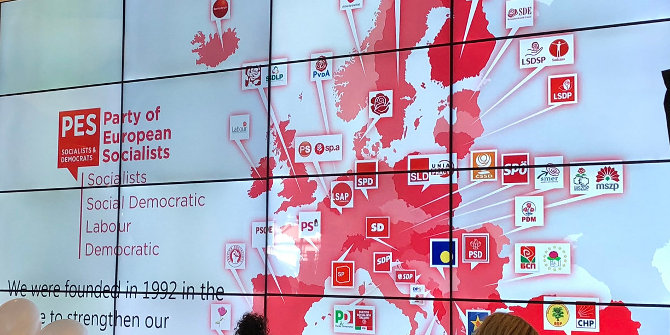