Several radical right and radical left parties in Europe have seen their support increase in recent years. But how do electoral systems affect the potential for such parties to attract voters? James Downes and Edward Chan explain that while there is an assumption the radical right and left will benefit from proportional representation systems, the reality is somewhat more complex.

Conventional wisdom tends to suggest that large parties are more likely to flourish in majoritarian systems, while proportional representation systems are assumed to favour small parties. Under the latter system, there is a smaller gap between the number of votes a party receives and the seats it is assigned. As most radical parties are comparatively smaller parties compared to mainstream ones, it naturally follows that the votes received by them are more effectively translated into actual seats under proportional representation.

This story is altogether different in majoritarian systems, like that used in the UK. Here, the theory goes, votes for smaller parties might appear to make less difference to the outcome of an election, prompting citizens to turn away from smaller radical parties and cast their vote for the mainstream party that lies closest to their position. This is commonly known as ‘strategic voting.’ For this reason, proportional representation has tended to be regarded as a potential breeding ground for radical parties, particularly those on the radical right, while majoritarian systems are often seen as acting as a check against the growth of radical parties. 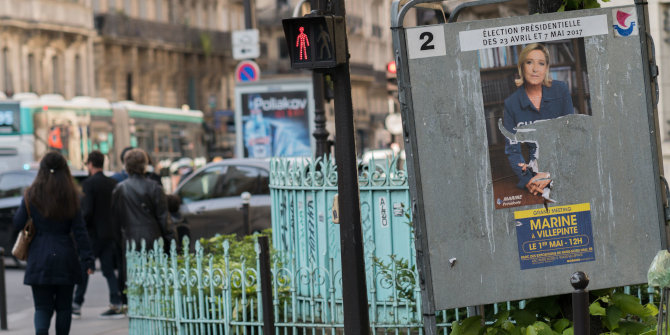 One plausible explanation for this would be that strategic voting is not common among supporters of radical right parties. As mentioned above, voters are assumed to be more likely to engage in strategic voting under a majoritarian setting to make their votes really count. However, radical right supporters could be less likely to participate in strategic voting if they perceive no mainstream party is compatible with their political preferences. The decision to cast a ballot for the radical right might therefore simply be an expression of a voter’s dissatisfaction with the status quo, even if voting for smaller parties does not have a large impact on the outcome of the election.

In response to such findings, proponents of the conventional wisdom note that the radical right still benefits from proportional representation in terms of their share of seats, which provides electoral advantages. Despite having roughly the same share of the vote, radical right parties won two times more seats under proportional representation compared to majoritarian based elections.

What about the radical left?

But it is possible the impact of an electoral system might be different for radical right and radical left parties. Voters with different political ideologies could well behave differently when it comes to ‘expressive voting’, where ballots are cast to express dissatisfaction with the status quo rather than with a view to shaping the next government. Moreover, radical left and right supporters might have different preferences on strategic voting.

Recent election results present something of a mixed bag in this context. The disproportionality of an electoral system can be captured using the so called ‘Gallagher Index’, which assigns a score of 0-100 for a system, with a score of 0 representing a perfectly proportional outcome (i.e. the percentage of votes parties receive matches the percentage of seats assigned).

Greece, for instance, has relatively high levels of disproportionality (a score of 3.18 over its last two elections) compared with other European countries such as the Netherlands (a score of 0.18), yet it has seen Syriza rise to prominence and maintain its position in power since 2015. The same is true of parties such as Podemos, which rose to prominence in Spain in 2015, where the electoral system is assigned a score of 2.44. In Germany, the electoral system is even less proportional (a score of 4.43), but the left-wing party Die Linke has been a persistent feature in the Bundestag.

This underlines the point that while radical right parties have taken centre stage in recent years, the rise of the radical left remains an under researched topic. To fully understand the recent electoral volatility in a number of European countries, radical left parties ought to be given adequate attention, especially with regards to the connection between the electoral system and electoral support.