The UK’s decision to leave the EU has caused concern in Europe about further defections. Lisa ten Brinke argues Brexit has had the opposite effect – at least in the Netherlands. Despite having leaned on their British partners for support in the past, the country is now ready to rebalance its approach to the EU in the aftermath of Brexit.

The causes and consequences of Brexit have been analysed from many angles – from the EU’s internal struggles to the rise of populism and the end of Western hegemony. Less attention has been paid, however, to the position of member states themselves, and what their foreign policy behaviour can tell us about the impact of the UK’s departure on Europe. The Netherlands, in particular, provides an interesting case: as one of the EU’s founding member states and one of the UK’s closest allies and trading partners, the country is facing tough choices in the wake of Brexit. 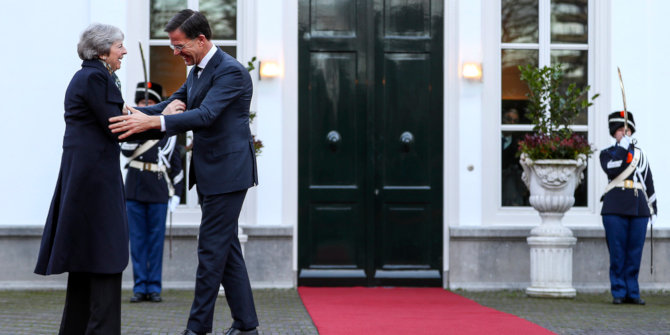 It quickly became apparent that these partnerships alone – based on limited power and variable contacts – would not be sufficient to secure Dutch interests. The Netherlands sought to maintain good relations with Germany and France, while starting to actively position itself alongside the ‘Big Two’ in an attempt to fill the gap the British would leave behind. “We don’t belong with the big ones who distrust each other, but neither are we small. We’re right in the middle, and that’s a very important position in Europe”, asserted Bas Eickhout, Dutch MEP for the European Green Party. Rutte agreed, and used his Churchill Lecture to highlight issues high on the Dutch policy agenda, from trade to rule adherence and the transatlantic relationship. He concluded his speech by reiterating the Dutch commitment to more and closer EU cooperation, “because if the chaos of Brexit teaches us anything, it’s that there’s no such thing as splendid isolation”.

The UK’s departure not only opened the door to renewed power balancing, but also to a reconsideration of EU norms and values. With the Brexit negotiations in full swing, Rutte gave another keynote speech on the future of Europe, calling the EU “a community of values” and claiming to be “more aware than ever of the importance of unity among the 27”. In addition to the EU’s “bread and butter” – the single market and trade relations – he acknowledged that the EU’s shared values such as democracy and the rule of law are what makes the Union “unique and strong”. This might hardly seem a big statement, especially next to Macron’s call for a “European Renaissance” or Merkel’s support for a European army. Up until very recently, however, the Dutch position seldom included references to EU unity and solidarity, preferring a pragmatic, market-focussed approach.

The fact that values are considered part of the equation is a shift in itself. As one Dutch newspaper put it, “It may not be the first time that the so-called soft power of the – often divided – EU has been discussed. For Rutte, however, it is a big step forward in the importance he attaches to Europe: in his previous speeches, he would solely offer proposals that would help the EU function better, to ‘serve’ the member states. Now he sees it as being about the power and influence of the EU itself, as a global player”.

Finally, Brexit – combined with other global events such as the Trump presidency, the rise of China, and the resurgence of Russia – has prompted a shift in policy. Facing increased uncertainty about the security and defence of Europe, member states have decided it is high time to invest more in these policy areas.

For the Netherlands, the close relationship with the UK and their single market-oriented partnership had prevented the country from supporting these investments in the past. But a changing international environment and the departure of the UK from the EU have gradually started to erode Dutch opposition. In June 2018, after his speech in Strasbourg, Rutte posited that the Netherlands was starting to see the benefits of closer European defence cooperation, a point that his Churchill Lecture elaborated on. Calling for unity because “our shared interest is also our self-interest”, Rutte set out a Dutch approach to EU defence that went beyond civilian missions and market stability. His suggestions included linking EU market power to EU security, especially in the case of sanctions and energy policy, and making the EU more “streetwise” and “less naïve”. In the context of Brexit and an insecure world, Rutte argued, “power is not a dirty word”: the EU should not be afraid to develop and deploy defence instruments to maintain its position on the world stage.

The Netherlands is a useful case for examining the impact of the UK’s departure on the future of Europe. As a close partner to the UK, the Netherlands was forced – perhaps more so than other member states – to reconsider its position within the Union. In the three shifts observed, the Netherlands has gradually moved towards further support for the EU as an international actor, albeit on Dutch terms of fairness, efficiency, and reciprocity. While not all changes to Dutch European behaviour can be ascribed to Brexit, the UK’s departure has been a huge wake-up call for the Dutch to rethink their power, values, and policy stance towards Europe. If the Netherlands manages to maintain the same level of commitment in the years to come, it is likely to become an important voice in defining the future direction of the EU. 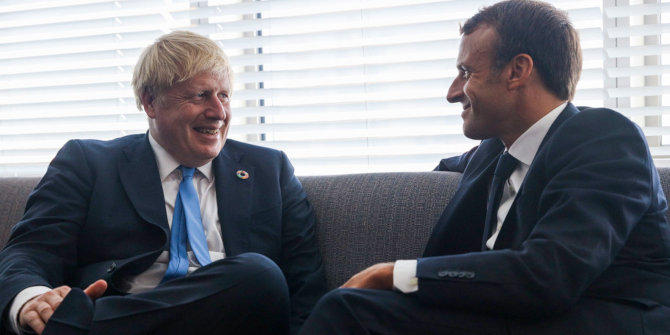 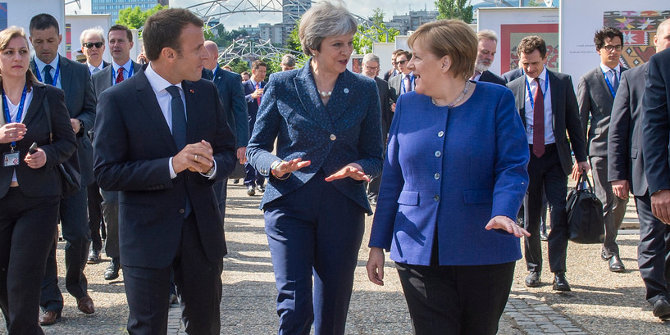 Brexit: Time for a moratorium?