This is important to know in order to understand the extent to which interest groups represent citizens’ interests. The public perception of lobbying is quite negative and many doubt their contribution to the democratic legitimacy of policymaking. An OECD study shows that citizens’ trust in policymakers is declining, partially because of undue influence by big players.

In a recent study, I coded 350 interest group submissions to public hearings held on 34 specific policy issues discussed in the German Parliament. I proposed to look not only at information about general public opinion but also more detailed constituency-specific information. An example would be trade unions providing information about how a new regulation might affect its members. Interest groups are, after all, supposed to represent their constituents and not necessarily the public at large. In the analysis, I test who is more likely to present such information and when actors are more likely do so.

Table: Provision of information on public preferences for different types of advocates (in percentages)

Note: For more information, see the author’s accompanying paper in the Journal of European Public Policy.

In a multivariate regression I examine not only the likelihood of whether actors provide such information or not, but also how often they provide different arguments on the specific issue. Again, we see that citizen groups provide more information about public preferences, hence placing a higher emphasis on constituency preferences than the other types of actors. This as such is not surprising given that citizen groups often represent causes with which a broad audience can sympathise. Moreover, they are more dependent on members and supporters for their organisational survival. Lastly, an argument can be made that citizens groups are the experts for such information given their close interactions with the people, something business groups may care less about.

Figure: Predicted counts for public support for an actor 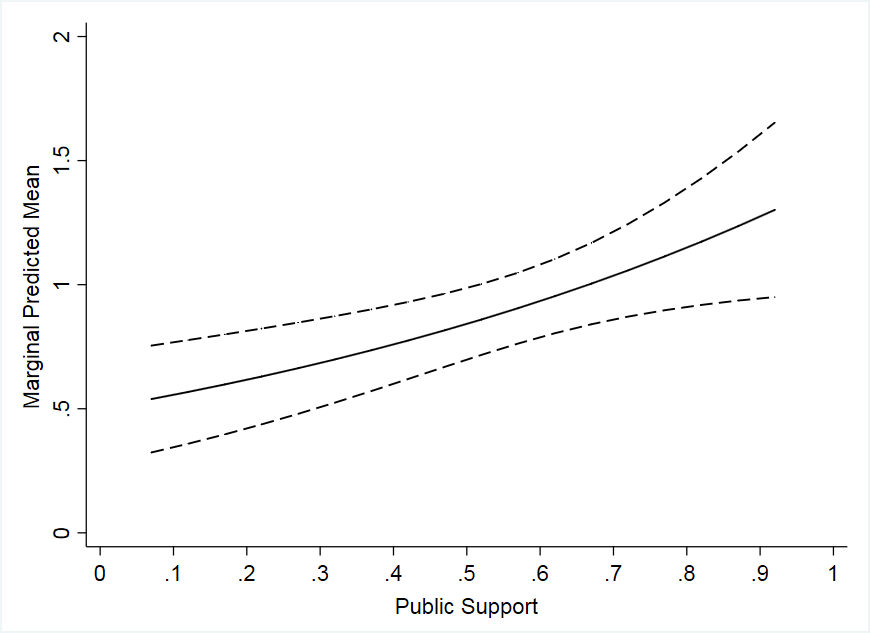 Note: This figure is based on Model 2 of the paper’s analysis.

Crucially, the figure shows that the more the general public supports a policy, the more groups actually push for it. At the same time, it underlines the strategic value of such information: If groups side with the public, they make use of it and inform policymakers about this, possibly in order to increase pressure on politicians to act in the public’s favour.

Lastly, I looked at whether an actor’s position can explain the extent to which they inform policymakers about what the public wants. Interestingly, it is predominantly actors that want to protect the status quo that make use of such information. We know from previous work that policy is quite hard to change because status quo defenders can usually emphasise the unforeseeable consequences and higher costs a new policy might bring. Being risk-averse, policymakers want to decrease uncertainty which is why they might be more receptive to such arguments. It seems then that information about what the public (does not) want is an argument that is favourable to interest groups if they want to protect the status quo. Ultimately it could be one factor driving the status quo bias in the first place.

Note: This article gives the views of the author, not the position of EUROPP – European Politics and Policy or the London School of Economics. Featured image credit: mini_malist (CC BY-ND 2.0) 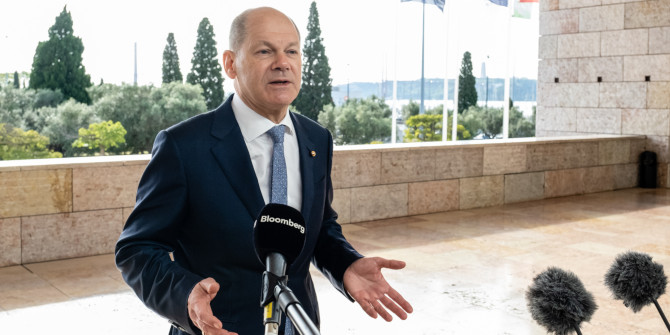