The Faroe Islands held a general election on 31 August. Lise Lyck writes that while the size of the population in the Faroe Islands is small, the islands are of wider significance, particularly given the environmental importance of the North Atlantic and renewed interest in the region following Donald Trump’s ‘offer’ to buy Greenland.

President Trump’s “offer” to buy Greenland and his cancellation of his visit to Denmark has caused a rather sudden renewal of interest in societies and countries in the North Atlantic and their role in the world economy. While Greenland has been making headlines, however, another territory tied to Denmark – the Faroe Islands – recently held a general election. But why should we be interested in this collection of islands? And why now?

This raises interesting questions: How can so few people manage such large territories with implications for trade? Furthermore, how can the climate challenge be addressed when superpowers have shown strong strategic interests in the North Atlantic? Can the various international agreements, treaties and promises which have been made over a period of years secure non-intervention in the Arctic and respect for human rights?

Another reason to take an interest in the Faroe Islands is that they represent an archetypal example of a small territory with high economic growth and notable investments in education and infrastructure – particularly tunnels – that have established opportunities for development and low unemployment. Iceland presents a similar example. For those who live in the Faroe Islands, these factors are highly important and were a feature of the Faroese general election on 31 August. A key question in the campaign was whether public expenses should increase or whether taxes should be reduced.

Furthermore, the Faroe Islands offer a case study for research on autonomy arrangements and how these can support both peaceful relations and successful economic development. The German-Danish border, Iceland’s transition into a sovereign state, and the Greenland and Faroe Islands experiences in relation to sovereignty provide important opportunities in this regard. The constitutional model applied in all of these cases is built on the same basic idea.

Renewed interest in the Northern Atlantic

The Faroe Islands include 18 islands and many skerries situated in the North Atlantic Sea. The territory is 1,400 square kilometres. The distance to Denmark is 1,400 km, to Scotland 375 km, to Norway 675 km, to Iceland 450 km and to Greenland 1861 km. Due to the Gulf Stream, the sea around the Faroe Islands never freezes and the climate is mild. Together with Greenland, it is part of the Danish Realm with a long common history going back to the Vikings.

The Danish Constitution of 1953 represents the content of the Danish Realm. The Faroe Islands received home rule in 1948 after the war. Home rule was established in Greenland in 1979, which was later replaced in 2009 by a self-government arrangement. None of these arrangements are mentioned in the Danish Constitution which makes them special as they are not autonomies given by an international treaty or directly mentioned in a Constitution. However, this institutional set up has made development possible where the Faroe Islands and Greenland have taken on further responsibilities and powers to make their own decisions concerning autonomy questions. These include decisions over their own flags, choosing to opt out of being members of the European Union (despite Denmark’s membership), decisions over their own subsurface rights, and an increased role in international politics.

Historically, both were “hinterlands” with a mainly strategic role. They once provided whale oil for lamps in Europe and later raw materials and fish. During the Second World War, bases in Greenland and the Faroe Islands provided safe transportation as their ships could sail with their own flags and avoid German war vessels. Following the end of the Cold War, but especially after Mikhail Gorbachev’s speech in Murmansk in 1986 and subsequent efforts to make the Arctic a peaceful place under the auspices of the Arctic Council, the region was viewed as having relatively low importance in global terms.

That situation has now changed due to climate change increasing the relevance of the Northern Sea Route, while the presence of – often scarce – minerals and raw materials has economic importance. Furthermore, increased tensions between the US, China, Russia and (partly) the EU have had an impact. Far from being hinterlands, territories in the region now attract strong interest from the world’s most powerful states.

The Faroe Islands are primarily home to the Faroese people, who have a strong identity and language of their own. They manage an economy based on fishing and tourism, with a modest Danish income transfer of 90 million euros per year. The population is well-educated, making it possible for the labour force to work abroad when there is a downturn in the fishing industry.

Trade and uncovering new economic opportunities are notable strengths. These attributes allowed the Faroe Islands to mitigate the effects of the financial crisis. Faroese society is chiefly based on conservative ideas on the regulation of fisheries and on conservative cultural values. A recent law allowing same-sex marriages, which was passed by a small majority in parliament in 2017, produced significant resistance.

Like Greenland, Iceland and Norway, the Faroe Islands are not part of the EU, though there are some connections and treaties. The historical reasons for this are tied to fishing, but there is also a general belief that European cooperation should be based on trade rather than institution building. Brexit may well have an impact on the future of the Faroe Islands’ relationship with Europe, with new trading arrangements and a reform of old trading regimes potentially on the agenda. This is also true of fishery management systems as the EU approach has traditionally not favoured the North Atlantic.

The Danish Parliament has 179 members, of which two are from Greenland and two from the Faroe Islands. Normally a left and a right oriented politician in both Greenland and the Faroe Islands have been elected to the Danish Parliament. It is rare that North Atlantic mandates have been decisive for the government in Denmark, but this situation has occurred in the past. At the latest election to the Danish Parliament this year, the North Atlantic representatives were not in a position to influence the government. The Faroese elected one Social Democrat politician and a right oriented politician from the Union Party, which advocates close relations with Denmark.

Both Greenland and the Faroe Islands have their own parliaments and as autonomy has increased, they have become more important. The Faroese parliament has 33 members, but despite this small size, there are many political parties: the latest election saw two new parties enter the contest, bringing the total up to nine. Up to 90 per cent of the electorate normally vote. One reason why there are so many parties is that there are at least two dimensions across which party competition is based: a left-right dimension and a split between parties advocating close relations with Denmark and those supporting independence.

In the 2019 election, it was expected that the present head of government, the Social Democrat (Javnadarflokkurin) Aksel V Johannesen, who is supported by the Republicans and another small political party (17 of the 33 members of the Parliament), would be replaced by a new right-oriented coalition. Of the 39,000 citizens with a right to vote in the election, 89.7 per cent voted.

In the end, the election resulted in defeat for the incumbent coalition parties, and both the Social Democrats and the political party in favour of increased independence from Denmark lost votes. The coalition received 15 seats, while the opposition increased its share to 18 seats. The Conservative Party gained two seats, rising to 8 in total, while the Union Party advocating closer relations with Denmark won 7 seats. There will therefore be a new government.

The Faroe Islands boasts high economic growth, healthy public finances and an unemployment rate of 2 per cent. The main questions in the debate were over how much of the public finances should be spent on welfare and how much should either be saved for the future, put towards independence, or used for tax decreases. A recent change in the fishing industry, with 25 per cent being sold at auction, was also important, as was the issue of same-sex marriage, which remains unpopular with many voters. Ultimately the election showed that citizens still have a focus on traditional Faroese political issues and values, as well as some increased trust for the Danish Realm. 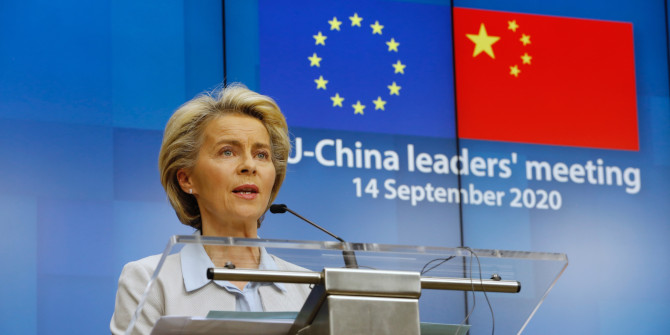