Banks in the euro area have stabilised since the financial crisis, but as Eleni Louri-Dendrinou and Petros Migiakis write, their profitability has not improved to the degree experienced in other countries such as the Nordics or the United States. With the post-crisis macro-economic environment now deteriorating, they argue it is vital policymakers focus on the creation of a genuine pan-European banking sector.

Although euro area banks have become much more resilient since the global financial crisis, with capital buffers exceeding 18% of their risk weighted assets and close to those of US and Nordic banks, their profitability has suffered. Return on equity fell to close to 4% at the beginning of the crisis, with a large dispersion among countries. By 2018, it had recovered to 8%, which is progress, but is still lower than the figure for US banks, which exceeds 12%. The question is what are the drivers of this limited improvement? Have structural advances within the banks taken place or was the improvement only due to the positive post-crisis macro-economic environment, which is fast deteriorating now?

If there are structural improvements, they should be mirrored in the net interest income of banks which reflects better management, better allocation of available funds and higher cost efficiency. A careful look at a net interest income index taking the value of 100 in 2008 reveals that only three countries in the euro area (France, Spain and the Netherlands) showed an improvement in 2018. The index for the rest was below 100, while the index for Greece stood at 60. Furthermore, the average net interest income to total assets has stabilised to low levels after 2010 with no special reaction to the low interest rate environment introduced by the ECB’s monetary policy.

Hence, we can draw the conclusion that the relative increase of return on equity was not due to structural improvements (which would show in the net interest income) but the phase of the cycle, as both macro-economic and financial conditions improved substantially, in association with the ECB’s unconventional monetary policies that managed to support investor and business confidence. Greek banks seem to have lost this window of opportunity, at least for now, as Greece was not in a position to benefit due to its low (below investment grade) rating.

The main reason for the low net interest income of banks in crisis-hit (periphery) countries is the existence of non-performing loans (in an econometric analysis they are found to explain almost half of the variation of net interest income). In non-crisis-hit (core) countries, bad assets explain very little, while studies reveal the role of low interest rates. The different financial conditions banks face in the euro area reveal persistent fragmentation.

As the head of the Single Supervision Mechanism, Andrea Enria, stated in his speech at the CIRSF Annual International Conference in July this year, a euro area-wide banking sector has yet to be formed. Countries are still ring-fencing liquidity and capital at the national level and despite the new rulebook, the regulatory framework remains fragmented. For example, European banks in Greece had less than 2% of assets and deposits in 2018, while in 2008 they controlled close to 10%.

In spite of rapid bank consolidation, most of the mergers and acquisitions between banks were within-country and not cross-country. Consolidation has been either precautionary in order to improve resilience or necessary due to bank failures. Bank consolidation has facilitated deleveraging and improved the resilience of banks in the euro area. But it has also meant that in several countries banking has become much more concentrated, causing problems of market power (higher prices, higher fees, reduced efficiency). In 2018 the market share of the five largest banks in Greece reached 95% (from 68% in 2008), while the average for the euro area was about 64% with Germany and Luxembourg displaying the lowest shares of 29% and 27%, respectively.

What should be done to create a pan-European banking market?

First, ring-fencing along countries’ borders should be lifted by improving risk management through (a) the introduction of pan-European safety nets and (b) regulatory harmonisation. An important development in (a) is the (accomplished) provision of a backstop for the Single Resolution Fund, while an important condition (yet to be accomplished) is a joint deposit insurance scheme (EDIS). Regarding (b), the euro area needs further regulatory harmonisation with respect to the liquidation framework, taxation rules, efficient markets for securitisation, repair of internal bank models following SSM guidance, improvement of cost efficiency, and tackling the challenges of digital transformation. And, finally, the process of cleaning up banks’ balance sheets under SSM coordination must continue, the most important problem here being the high ratios of non-performing loans. In June 2019 this declined to 4% in the euro area, but their fluctuation is large with Germany enjoying one of the lowest non-performing loan ratios (1%) and Greece at the other extreme (37%).

Concluding, we can argue that the profitability of European banks has improved in the years since the financial crisis, although to a much lower extent than their US and Nordic peers have experienced. However, this seems to be a development attributed more to juncture than to structural reasons. The fragmentation of the euro-area banking sector is still an important barrier to a true economic union. Policymakers should focus on supporting the creation of a pan-European banking sector, while banks should focus on improving efficiency. The immediate way to go, in order to strengthen the existing banking institutions ahead of the turning macro environment, is consolidation across the euro area by introducing suitable incentives and regulation. Greece could benefit immensely from such developments.

Note: This article first appeared at Greece@LSE. It gives the views of the authors, not the position of EUROPP – European Politics and Policy or the London School of Economics. Featured image credit: Images Money (CC BY 2.0) 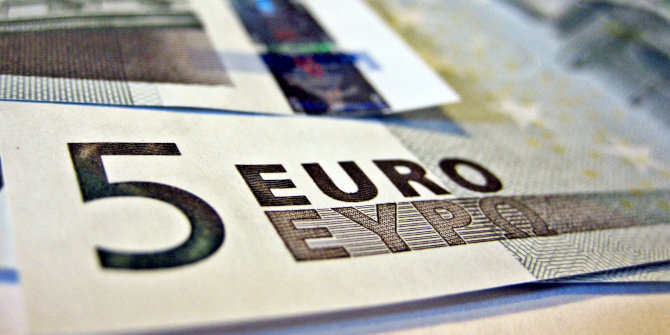