In Anatomies of Revolution, George Lawson offers a new account of how revolutions begin, unfold and end through a dynamic amalgam of in-depth sociological theory, multiple historical narratives and poignant commentary on contemporary politics. This book is a triumph when it comes to a creative theorisation of revolution, writes Eric Loefflad, providing clarity not in spite of complexity, but through it.

If you are interested in this book review, you may like to listen to a podcast of the book launch of Anatomies of Revolution, recorded at LSE on Tuesday 22 October 2019. 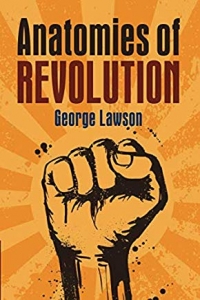 In his landmark text The Interpretation of Cultures, renowned anthropologist Clifford Geertz noted a particularity regarding the mid-twentieth-century creation of new sovereign states out of Europe’s overseas empires in Asia and Africa. On one level, this ‘decolonisation’ was an all-encompassing transformation in its rejection of the chauvinist presumptions that built the modern global system. On another level, it was a grand tapestry of assertions by a multitude of discrete identities newly liberated from the whims of foreign masters. To speak of this meta-event as either a singular zeitgeist or a variegated proliferation of unbridled plurality in mutually exclusive terms is to misidentify its true character.

While post-war decolonisation was perhaps its greatest exemplification, this simultaneous universality and particularity is deeply embedded within ‘revolution’ as a general concept. On this point, revolution derives much operative force from the all-encompassing nature of its promises, yet manifests across a vast diversity of contexts for a correspondingly vast diversity of reasons. In other words, while revolution invokes emancipation as a core aspiration of humanity writ large, no two revolutions are ever exactly the same. Against this multi-faceted backdrop, the simple question of ‘where to begin’ threatens to swallow whole any scholar of society hoping to build a comprehensive systematic theory of revolution. For George Lawson, the only way to confront this difficulty is to reconstruct its very frames of analysis. The result is Anatomies of Revolution (hereinafter ‘Anatomies’), a dynamic amalgam of in-depth sociological theory, multiple historical narratives and poignant commentary on contemporary politics. In the process, this book accomplishes something truly remarkable: it provides clarity, not in spite of its complexity, but through it.

Beginning with the all-important question of operative definition, according to Lawson, ‘a revolution is a collective mobilisation that attempts to quickly and forcibly overthrow an existing regime in order to transform political, economic, and symbolic relations’ (5, emphasis in original). Part One is dedicated to theoretically unpacking this assertion by critically confronting typically obscured binaries. These include: whether change or continuity defines a revolution; whether ‘domestic’ or ‘international’ politics predominate; whether revolution is particular or universal in character; and whether revolutions are best understood as structurally determined or an exemplification of agency (especially the agencies of iconically charismatic revolutionaries). From here, Anatomies situates its contribution within the ‘four generations’ of social scientific scholarship on revolution. While Lawson notes how the present fourth generation has vitally challenged the crude structuralism of the third by introducing a new array of relevant factors, ‘they often remain trapped in accounts that stress contextless attributes, abstract regularities, ahistorical variables, and timeless properties’ (71). 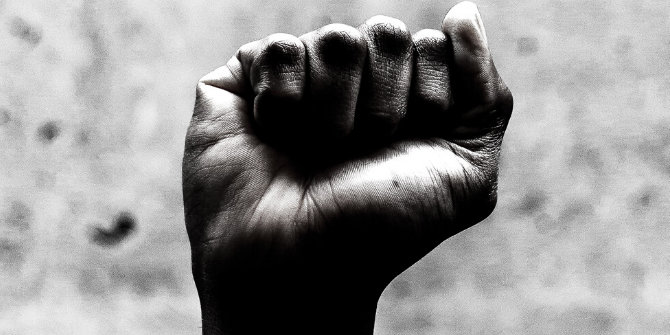 From this premise, Anatomies devises a new account that captures revolution as an identifiable ‘ideal type’ that can nevertheless be contextualised through its varying historical manifestations. However, this requires a line of analysis that occurs on a broad spatial-temporal level and is critical of standard delineations between ‘internal’ and ‘external’ spheres of authority (an approach deemed ‘inter-social’ as opposed to ‘international’ or ‘inter-societal’). It is here that Lawson presents his titular ‘anatomies of revolution’ framework consisting of: ‘Revolutionary Situations’, the backdrop against which revolutions occur (or fail to occur); ‘Revolutionary Trajectories’, the planned and unforeseen machinations of a revolution in motion; and ‘Revolutionary Outcomes’, the variegated legacies of a revolutionary event. Part Two provides historical examinations of these three respective categories, focusing on the build-up to England’s 1688 Glorious Revolution and Chile’s 1970 election of Salvador Allende (examples of revolutionary situations), the building of a socialist Cuba and a democratic South Africa (revolutionary trajectories) and the trials and tribulations of Islamist Iran and post-Soviet Ukraine (revolutionary outcomes).

Finally, Part Three applies Anatomies’ varying theoretical and historical insights to the contemporary realities and possible futures of revolution in the world as it is. For Lawson, the defining model since 1989 is the ‘negotiated revolution’: an event marked by a generally non-violent transition of political leadership coupled with the avoidance of substantive attempts to reorder social relations. In assessing its current valence, Lawson applies his situation-trajectory-outcome rubric to the series of Middle Eastern and North African uprisings beginning in 2011, popularly deemed the ‘Arab Spring’, and declares them to, in large part, fall within the ‘negotiated revolutions’ frame.

However, Anatomies also notes that the limiting nature of this model sits uneasily with far-reaching desires for fundamental change that have taken on radically different forms. On the one hand, pluralistic attempts to build leaderless, mass-participatory social movements have expanded utopian thinking, yet have failed to developed the institutional praxis needed to effect widespread substantive transformation (and in this way resemble ‘negotiated revolutions’). On the other hand, reactionary meta-trends, namely militant Islamism and populism, have achieved significant political successes through methods that are ‘Manichean in ideology, polarizing in practice, and hierarchical in organization’ (245). While perhaps ‘realistic utopias’, as theorised by Erik Olin Wright, might challenge both the stagnant status quo and its reactionary discontents, the success of such projects will depend on just how much their proponents understand broader global structures. While such considerations may have always been relevant, they are now indispensable as ‘in a world of globalization, revolutionary movements will be international, or they will be nothing’ (247).

Regardless of which aspect one chooses to focus on, Anatomies is a triumph when it comes to creatively theorising revolution. However, like any analytical re-imagination of this scope and magnitude, the questions it presents outweigh the answers it provides. A particularly pertinent issue here is the extent to which Lawson’s account of revolution is informed by a larger theory of modernity. As articulated by Reinhart Koselleck, one of the few key theorists of revolution that Anatomies does not engage with, the transformation of ‘revolution’ as a concept is central to the modern socio-political experience of temporality. With the advent of the French Revolution, the future was no longer a cyclical recurrence of times past (and thus a ‘revolution’ in the sense that the Earth ‘revolves’ around the sun), but rather a radically open realm to be determined through human agency. As Andrew Davenport has shown, this transformed consciousness structures the modern ideal of an international system consisting of nation states whose sovereignty, in addition to absolute spatial autonomy, is an eternal sphere of political possibility. In this way, the very conceivability of revolutionary transformation is embedded within a vision of modernity premised on the co-constitutive division between domestic sovereignty and international order.

While Lawson seeks to overcome this state-centrism by emphasising ‘intersocial’ dynamics that blur the ‘domestic’ versus ‘international’ nature of revolution, it must be asked to what extent his account is influenced by this all-pervasive, yet historically contingent, modernist frame. Significantly, Anatomies places great emphasis on ‘dual-sovereignty’, whereby a revolution is deemed successful when a de jure ruler’s authority is contradicted by an opposing faction’s de facto assumption of effective control. This presumption of undivided sovereignty assumes an ideal that emerged in early-modern Europe and does not readily account for Europe’s Ancien Regime, let alone its overseas colonisation projects, where divided sovereignty was the norm. It is thus instructive that Lawson’s primary case studies, while covering locations with varied colonial histories, were all sovereign states that sought to use the political promises of absolute sovereignty to achieve revolutionary ends (even when these ends were at odds with the prevailing concept of sovereignty in the long run).

Moving beyond these limits, what then might it mean to apply Anatomies’ insights on revolutionary dynamics to alternative, parallel and counter modernities that exist outside, or in opposition to, the sovereign state as the ideal vessel of unlimited political expression? A first step towards this endeavour is recognising how the very emergence of our present world of sovereign states occurred alongside the persistence of old, and the creation of new, forms of authority that were very different from the ideal of undivided sovereignty. However, as these feudal and colonial orders of divided sovereignty were condemned as unjust, the discourse of revolution, a discourse closely linked to absolute sovereignty, proved readily available to justify their unmaking. Consequently, the globalisation of the modern sovereign nation-state is difficult to imagine without the modern concept of revolution. Taking such considerations seriously holds great potential in building new explanations for how the promises and perils of revolution entrenched a vision of global order remarkably adept at naturalising its existence despite its relatively recent development. Yet, any grand theory of such transformations must also account for the small-scale catalysts that triggered them. Thus, through its innovative frame for making these connections, Anatomies is invaluable in showing not only how global historical sociology explains revolution, but also how revolution might explain global historical sociology.