New disciplinary procedures for Polish judges have generated a sharply polarised response from Polish citizens. The reforms are part of a wider judicial reform programme the ruling Law and Justice party has implemented since coming to power in 2015. Anna Matczak argues that while politicians often cite public opinion when making their case for or against the reforms, there has been little considered reflection on what the public actually wants.

Since 2015, Poland has experienced a gradual destabilisation of its judiciary and a weakening of the rule of law which now ranks as probably the most detrimental democratic crisis in the country’s post-1989 history. This is the result of a range of legislative changes introduced and implemented by the ruling Law and Justice (PiS) party that have been blamed for violating the separation of powers and endangering the independence of Polish judges.

The judicial crisis has not only brought extreme polarisation to Polish politics and public debate, but has also highlighted the value of public opinion and the relationship between lay people and the justice system. The key PiS actors responsible for the legislative changes have often justified their actions as being necessary due to low public trust in the justice system. Meanwhile, the general opposition to the reforms has relied on occasional public demonstrations as evidence of growing support for judges. Although both sides of the conflict have frequently cited what “the public” wants, there has been very little reflection in Poland on what public opinion actually is, how it is researched and what the limits are to this knowledge.

What do the public really want?

The concept of the public has long been viewed as ambiguous. In Immanuel Kant’s language, it is better to talk about different publics, differentiated by various characteristics, rather than one, homogenous entity. If one, however, insists on the use of “public opinion”, then it should be acknowledged that it is at best an aggregate of individual, malleable attitudes and beliefs that are formed throughout people’s lives and shaped by various agents of socialisation (e.g. families, schools, religion, employment).

The core of liberal democracy is civil society and involved publics, however, the judicial crisis in Poland has shown that ordinary people are largely indifferent to the fate of Polish judges. Whenever the “Polish public” is mentioned in the media, it is predominantly referred to as a separate category that operates disconnected from the Polish elites. This is sadly reminiscent of Jürgen Habermas’s argument that it is dangerous to view lay people as passive recipients of a media-produced public sphere. We are all part of “the public” and from the perspective of sociology, it is deeply disconcerting to see how the language of the public debate creates further division between those who discuss the judicial crisis and ordinary people.

It is indeed noticeable that Polish people, since the late 1990s, have had very little trust in the performance of the country’s courts. Recent public opinion polls by CBOS do not report any significant changes to this general attitude. Although such findings are mostly explained by the faulty mechanics of court proceedings such as delays in and the length of court hearings, the methodology used in these polls does not reveal the nuances. Public confidence in courts in CBOS opinion polls has been approached in a rather dichotomous and narrow manner (as either satisfaction or dissatisfaction with court performance in Poland), and views on court performance should not be equated with people’s trust in the Polish justice system.

Note: Compiled by the author

A wealth of quantitative attitudinal research suggests that there are a number of differentiating factors that influence people’s perceptions of the justice system: age, gender, education, previous contact with the justice system.

A low level of knowledge among respondents has frequently been cited as a problem in opinion polling, which has given rise to the popularity of deliberative opinion polls that aim to provide information during the process of measuring people’s views. However, in addition to examining current knowledge on public perceptions of the justice system, it is also necessary to assess the methodology through which this knowledge has been accumulated. As Liz Turner has argued, over-reliance on opinion polls is potentially problematic when it comes to our understanding of people’s views, attitudes and beliefs.

The need for public dialogue

Just as no criminal justice system operates in a vacuum, people’s views do not either. Therefore, quantitative research should be supplemented with the findings produced by qualitative studies that capture the social, political and economic context in which people’s views are examined. Almost none of these points have gained the attention of commentators on the Polish judicial crisis who still present a decidedly superficial take on public opinion. Interpretations of the crisis are saturated with non-statistically treated findings from opinion polls; and if there are any attempts to go beyond frequently replicated phrases, they are not informed by robust empirical research but formed as loosely gathered thoughts.

When it comes to the role of the public and their relationship with the justice system, Turner also cautions about an accompanying agenda of educating lay people on how the criminal justice system “really” works. As Sonia Livingstone and Peter Lunt argue, “there is a difference between an elite democracy where communication between established power and the laity takes the form of dissemination from the powerful and the representation of ordinary beliefs as mass opinion, and a participatory democracy where established power is engaged in some kind of dialogue with the public”.

Although a recent article by the Polish Ombudsman suggests there has been a growing realisation in Poland about the importance of public engagement, this needs to take the form of an active dialogue, tailored to various publics. It should be accompanied by a thorough search for understanding why lay people are not a willing audience when it comes to resolving the judicial crisis in their own country. Only then can the public have active engagement with criminal justice decision-making and be regarded, through their rights, duties and membership, as individuals in a nation state.

Note: This article gives the views of the author, not the position of EUROPP – European Politics and Policy or the London School of Economics. Featured image credit: Ministerstwo Rodziny, Pracy i Polityki Społecznej (CC BY-ND 2.0) 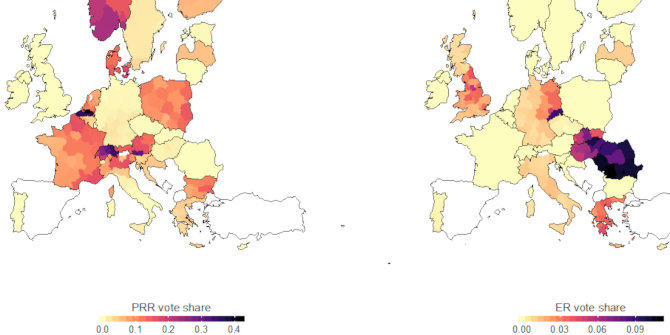