The Covid-19 outbreak has prompted a variety of proposals for improving the EU’s capacity to tackle future pandemics. Charlotte Godziewski argues that while there has been much discussion about technical reforms, there has been little attention paid to the role that economic and political ideologies have in shaping health outcomes. We cannot talk about better equipping EU states to face health threats without talking about the underlying norms guiding the EU’s actions.

Globalisation poses important public health challenges. Covid-19 is a case in point. The EU’s response to this crisis has been the object of vehement criticism. One of the steps to improvement suggested in a recent EUROPP article, is the creation of a strong, Europe wide public health authority. This, according to the author, could improve health intelligence gathering, and strengthen the EU’s capacity to collectively manage health risks and coordinate responses. The extension of EU health competencies would be part of wider reforms toward a European health citizenship, and would reflect the need for better collaboration and unity in crisis preparedness and management.

But what has perhaps not been discussed quite as much, are the normative and ideological changes needed in the EU in a post-pandemic world. Pandemic preparedness should not be seen as an isolated measure, independent of broader political economic dynamics. Doing so would also imply that the increased risk of pandemics is out of anyone’s control, that it is the inevitable consequence of globalisation. This is not the case, at least not entirely.

While a level of uncertainty does indeed always remain, many of the underlying root causes that determine the likelihood of pandemics occurring relate to global inequities. Similarly, the preparedness to respond to a crisis depends on many more factors than surveillance alone: countries that have spent decades hollowing out their public institutions are now facing considerable additional knock-on challenges (perhaps the most compelling illustration of this, is the inability of the United States to efficiently handle the sudden spike in unemployment filings). As such, it can be argued that the current crisis is forcing a reconsideration of the importance of strong social protection, and of environmental and social justice more broadly.

This is the lens through which the EU’s role in a post-pandemic world should be scrutinised. What is the point of upscaling collaboration on health intelligence at one end of the EU, without considering the structural impacts of the EU governance rationality more generally? We cannot talk about better equipping the EU to face health threats, without talking about the underlying norms guiding the EU actions.

In a recent article, I explore the political and discursive challenges to implement the ‘Health in All Policies’ approach at EU level. Health in All Policies is an approach to public policymaking which recognises that non-health policy areas can have an enormous impact on public health, especially as they pertain to socioeconomic inequities. The EU’s austerity measures imposed since the Stability and Growth Pact (SGP) reforms, for example, have had detrimental effects on public health across Europe. These detrimental health consequences result from the impact of austerity on health systems, as well as on societal inequities more generally. Health in All Policies is about recognising that these ‘apparently non-health related areas’, such as economic governance, trade, agriculture, foreign policy and more, do affect social determinants of health.

In theory, the EU has a mandate – and even an obligation – to adopt a Health in All Policies approach: it is spelled out in Article 168 of the TFEU. However, what Article 168 means in practice depends on how broadly or how narrowly health is defined. Defining health is political, and it has implications for what is considered to represent health promotion. At the moment, Article 168 is interpreted in a way which ignores the political, macroeconomic levers of social determinants of health.

Going back to the SGP reforms, what we have seen over the last years, is a growing involvement of the European Semester in member state’s health systems. This involvement, however, has tended to focus on fiscal sustainability, rather than being primarily guided by health concerns. The indirect effects that cost-saving measures can have on societal inequities and therefore on health, tend to be largely ignored. The broader argument here is that the EU, in particular through its economic governance, continues to push for stronger neoliberalisation, and continues to put markets before people.

What power dynamics deter from placing health and population wellbeing at the centre of EU governance, and how do they manifest? I would suggest that the failure to meaningfully mainstream health in EU governance is in part related to interactions between institutions and discourses. For example, the norms underpinning the asymmetries of the EU institutional architecture, together with the dominance of the biomedical paradigm of health, lead to a narrow understanding of what health represents: merely something to invest in to promote economic growth and prevent financial losses.

Now, this is not to negate the positive impact that a healthy society has on the state of its economy, but the issue is one of discursive prioritisation. By systematically portraying health as a means to an economic end rather than an end in itself, we limit our evaluation of health impacts to financial measurements. And doing so deters from looking at the normative, political aspects of health as a matter of human rights and social justice.

If Covid-19 is to lead to any kind of EU reform, it should be explicitly normative, rather than technical. Before envisaging extending EU powers in the area of public health, we should examine the political economy of Covid-19 more closely. This includes studying the impact that years of stringent EU fiscal governance has had on member state’s preparedness for health threats. It also means examining the relationships between the economic growth imperative, and increased global health threats – unpacking the complex pathways through which EU governance exacerbates these threats.

For more information, see the author’s accompanying paper in the Journal of Common Market Studies 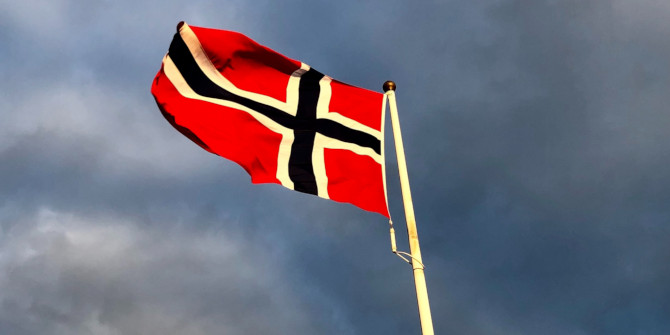 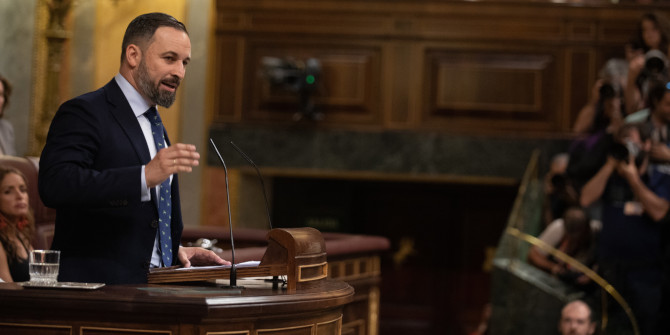