Poland will hold the first round of its delayed presidential election on Sunday. Piotr Zagórski and Fernando Casal Bértoa present five paradoxes that make the election exceptional.

Poles will vote in a presidential election this Sunday for the seventh time since the country’s democratic transition in 1989. Initially scheduled for early May, the vote had to be postponed due to Covid-19. Surprisingly, many things have changed since then. The stakes are high and the outcome is uncertain. The government is hoping for President Andrzej Duda’s reelection. The opposition is banking on a victory that might help them to restore democratic checks and balances. Here are five paradoxes that make the contest exceptional.

1. The election has already taken place

The presidential election was first scheduled for 10 May. However, like in other post-communist countries (e.g. North Macedonia, Serbia) and worldwide, plans had to be changed due to Covid-19. This was in spite of various government attempts to hold the election as originally scheduled, against the opinion of the Electoral Commission, the opposition, various international organisations, political experts and a majority of the public.

Legally, and after a roller coaster of events that almost led to the collapse of the coalition government, the presidential election was held as scheduled. However, given the lack of official candidates and votes cast, they were declared void. New elections were soon scheduled for 28 June as the result of a political compromise between the government and the opposition. They had different reasons though. While the biggest opposition party used the opportunity to change its candidate and try to gain ground, the government was keen to hold the elections before the economic crisis – expected to hit the country after the summer – took its toll.

2. The pandemic is still ongoing

There were numerous reasons to postpone the election in May: from the difficulties of campaigning under lockdown conditions, to the impossibility of organising postal voting at short notice. However, despite the fact that the rate of new Covid-19 cases is currently larger than it was in May (on average 375 daily cases in June in contrast to 352 in May), no presidential candidate has expressed opposition to holding the rescheduled vote.

3. The main challenger was not even a candidate in May

Seeing the latest trends in opinion polls, it is no wonder that Jarosław Kaczyński, leader of the main governing party Law and Justice (PiS), pushed for holding the elections in May. Back then, President Duda, who is backed by Law and Justice, may well have managed to win the contest in the first round. Now, he faces a close race.

There are two main reasons for the change in public opinion. On the one hand, many Poles think that the way the government handled the self-triggered “electoral crisis” was far from ideal. On the other hand, the main opposition candidate, from the Civic Platform (PO) which governed the country between 2007 and 2015, has changed. Rafał Trzaskowski, Mayor of Warsaw and a former minister in Donald Tusk’s government, replaced the less charismatic, and sole female candidate, Małgorzata Kidawa-Błońska in the middle of May. Since then, Civic Platform’s candidate has regained lost ground.

4. The candidate with the best chance of beating Duda is unlikely to make it to the second round

The most probable outcome is a run-off between Duda (who is currently around 42 percent in the polls) and Trzaskowski (who is around 15 points behind). However, it is the third most popular candidate, the conservative journalist Szymon Hołownia, who, running as an independent, would have the highest chance to defeat President Duda in the second round. This is because while almost all of Trzaskowski’s voters are willing to vote for Hołownia in a hypothetical second round, only three out of four of Hołownia’s supporters declare support for the more liberal Trzaskowski. Paradoxically, however, with just around 11 percent of support in the latest polls, Hołownia is unlikely to make it.

Since the transition to democracy in Poland after the fall of the Berlin Wall, the only Polish President who has managed to be reelected is Aleksander Kwaśniewski in 2001. This time around, however, there is no doubt that Duda remains the favourite, backed as he is by the government, the Catholic Church, and public media.

In what appeared to be a tailor-made opportunity given by the country’s public media outlet, which was criticised for a lack of balance by the OSCE’s Office for Democratic Institutions and Human Rights during the 2019 parliamentary election, Duda failed to sell a more moderate image in a TV debate last week. The debate centred around LGBT issues and was marred by ideological polarisation. Duda has previously compared ‘LGBT ideology’ to communism.

The probability that a second round will take place is higher than ever, as Duda’s electoral campaign team recently admitted. They have pinned their hopes on the possibility that Duda’s sudden visit to the White House four days before the election will give him a last-minute boost. However, fears of defeat might be creating a sense of desperation in some of the promises that have been put forward by government ministers.

What is beyond doubt, at least according to the polls, is that an eventual run-off would be extremely competitive. And this is where concerns about judicial independence in the country, under close scrutiny by the European Union and other international organisations since PiS’ victory in 2015, arise. Especially when a newly created Chamber in the Supreme Court, born under the suspicion of questionable independence and impartiality, will decide any electoral litigation. When even 0.1 percent of votes can determine who wins, and in view of Poland’s recent democratic backsliding, this is hardly reassuring. 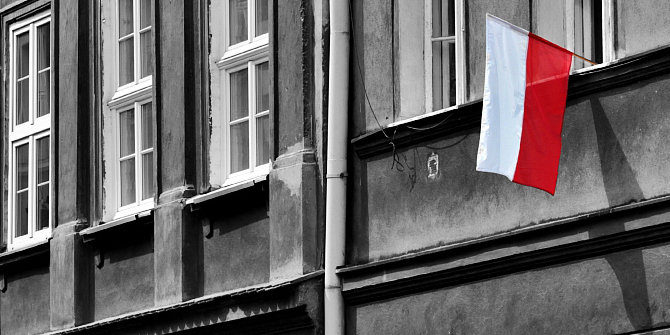