Economic inequality has reached its highest level in thirty years in advanced industrial societies. Inequality raises the stakes of redistribution, inasmuch as a small number of residents have a lot to lose from wealth reallocation, while an increasingly large number could benefit. At the same time, immigration has become a top political priority in many European countries. With populist parties often advocating welfare chauvinism – that is, the exclusion of immigrants from welfare benefits – immigration has become intertwined with the politics of welfare.

In a recent study, I explored this question by combining the analysis of survey data from OECD countries linked to contextual socio-economic indicators with a survey experiment that I administered to a nationally representative sample of Italian citizens. This approach allowed me to evaluate welfare attitudes in a large number of countries and to identify causal effects.

My research reveals that economic inequality triggers selective solidarity. When inequality is high, individuals grow more supportive of redistribution – but only if redistribution benefits native citizens. Inequality therefore reinforces the already popular opinion that native citizens deserve welfare priority over immigrants and widens the gap between support for natives and support for immigrants. This happens because inequality erodes beliefs in the existence of economic opportunity conducive to social mobility, which in turn strengthens ingroup favouritism. In times when citizens think that external factors more than hard work determine one’s economic fate, they become more selective regarding who should receive government support – and more likely to prioritise natives.

How did I get to these conclusions? First, I conducted an analysis based on data from the European Social Survey, which I linked to contextual socio-economic indicators. These indicators include a measure of subnational economic inequality. Focusing on the sub-national level allowed me to account for the substantial regional differences in inequality and welfare preferences observed in many European countries. The findings show that welfare support for people in need grows when economic inequality is higher. In contrast, support for welfare redistribution to immigrants decreases under high inequality.

This observational analysis, therefore, reveals a correlation between economic inequality, on the one hand, and two contrasting attitudes, on the other: general support for people facing economic difficulty and desire to tighten immigrant access to social benefits.

The mediation of perceived social mobility

Why does this happen? Inequality leads to selective solidarity by influencing a psychological component, i.e. erosion of beliefs in social mobility. Mediation analysis reveals that economic inequality – but not poverty – increases the conviction that society lacks economic opportunity. In turn, believing that society is not offering a channel for those at the bottom to improve their conditions increases support for redistribution that takes away from the rich and for welfare programmes that benefit native citizens, but decreases willingness to help immigrants through welfare support.

Overall, my research shows that the identity divide between natives and immigrants is central under economic inequality. Inequality activates ingroup vs outgroup thinking that extends to groups other than the rich. Given the salience of immigration in the politics of welfare, immigrants are seen as a relevant outgroup who are less deserving of welfare support. As a result, inequality spurs selective solidarity that benefits only native citizens.

My research contributes to an ongoing discussion on whether economic or cultural and racial factors shape immigration attitudes and voting behaviour in support of political entrepreneurs who are hostile to immigrants. My work suggests that economic, racial and cultural factors interact in shaping political attitudes. By making group membership and identity salient, economic inequality strengthens in-group favouritism and leads to selective solidarity that penalises immigrants.

For more information, see the author’s accompanying study in the British Journal of Political Science

Note: This article gives the views of the author, not the position of EUROPP – European Politics and Policy or the London School of Economics. Featured image credit: Elizabeth Ellis (CC BY-SA 2.0) 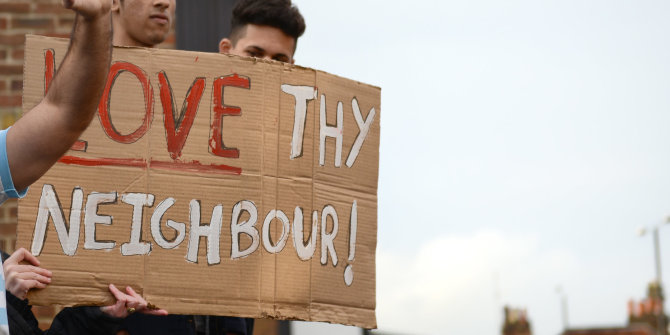 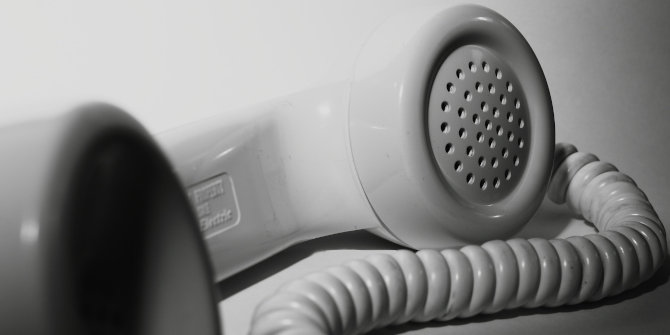