At Romania’s parliamentary elections on 6 December, a new far-right party, the Alliance for the Unity of Romanians (AUR), secured a major surprise by winning around 9% of the vote. Magdalena Ulceluse explains why diaspora voters were key to the party’s success.

On 6 December, the Romanian people were asked to elect a new parliament. The polling projected only a slight change to the balance of power. As always, it was expected that the country’s mainstream parties would account for most of the vote, with each serving their usual voter bases and clientele.

But this parliamentary election was to prove to be different in one crucial respect. A new far-right player – the Alliance for the Unity of Romanians (AUR) – emerged from nowhere, receiving 9% of the vote. This in itself may not be surprising: in the past decade, we have seen far-right parties emerge and gain support all over Europe. What is surprising is that the Romanian diaspora, who in 2018 returned to Romania to protest against a corrupt government and who have traditionally voted for liberal parties, overwhelmingly supported the new party.

Some 265,490 Romanians abroad voted in the 2020 elections, most of them in France, Germany, Italy, Moldova, Spain and the UK. The AUR, which was only established in December 2019, came first in Cyprus and Italy, with 38% and 36% of the vote, and second in France, Germany and Spain, with 26%, 33% and 27% of the vote, respectively. Overall, one in four Romanians abroad voted for the AUR, which is now the fourth largest party in the parliament. How did this happen? The short answer is that the AUR was the only party that talked about the diaspora’s worth. The long answer is a bit more complicated.

The plight of Romanian emigrants at home and abroad

The party’s main focus was not on IT specialists, intra-company transferees or educated Romanians who have emigrated for better career opportunities or better lifestyles elsewhere in the EU. Rather, the AUR spoke to those pushed into emigration by poverty, low salaries and a lack of job opportunities: those who, during the pandemic, could not afford to stay at home and instead risked getting infected in the fields and factories of western Europe. These Romanians have been made to feel worthless both at home and abroad.

Many have faced appalling living and working conditions, lower salaries and systematic institutional and individual discrimination following their emigration. These conditions were brought into relief by the pandemic, when essential workers in sectors like food production were effectively treated as second class citizens. Meanwhile at home, emigrants have been derogatorily labelled ‘capsunari’ (strawberry pickers), traitors or slaves, with some being ridiculed for building houses that lie uninhabited, or blamed for leaving their children and the elderly behind.

At the beginning of the pandemic, in light of the return of 1.3 million Romanians who had been laid off, Facebook was flooded with hateful comments reprimanding emigrants for returning and accusing them of ‘bringing the virus to our country’. This knee-jerk reaction only served to tear open the crack that has been slowly growing between emigrants and those who remain in Romania.

The Romanian government, which has long had an ambivalent attitude towards emigration, was also perceived as lacking respect for emigrants during the pandemic. Romania’s President, Klaus Iohannis, urged emigrants to avoid returning during the outbreak. Yet despite the closure of borders being cited as a reason not to help Romanians stranded in countries like Austria, the government simultaneously facilitated the emigration of tens of thousands of Romanians to countries like Germany or the Netherlands, which urgently needed agricultural labourers.

In this context, it should not come as a surprise that the AUR’s message resonated with large segments of the diaspora. Dubbed the ‘first diaspora party’, the AUR was the only party to explicitly address the Romanian emigrant population abroad during these elections, and the first one to do so in a long time. The party campaigned on a message of uniting “Romanians, wherever they are… for our very existence as a nation”, stating that “we cannot and should not talk about the country and the diaspora”, meaning that the country and the diaspora should be viewed as one and the same. This message of inclusiveness could not have been more timely.

The party decried emigrants’ loss of dignity abroad and argued for the need to find ways to bring them back. It catered to those emigrants who feel disenfranchised, who want to be represented, who want the government to know about their conditions and most importantly, want the government to protect them abroad. Its leader proclaimed itself ‘against the system’, namely the system that has not offered enough opportunities in the country and facilitated the departure of millions of Romanians.

Ultimately, the AUR managed to capitalise on the increasing social tensions that now exist in Romania between emigrants and those staying behind. Its message resonated deeply with those in the diaspora who feel rejected both at home and abroad, yet still consider themselves very much a part of Romania.

Note: This article gives the views of the author, not the position of EUROPP – European Politics and Policy or the London School of Economics. Featured image credit: Dennis Jarvis (CC BY-SA 2.0)

Magdalena Ulceluse is a Postdoctoral Researcher at the University of Groningen, currently on a research visit at the Max Planck Institute for the Study of Ethnic and Religious Diversity. 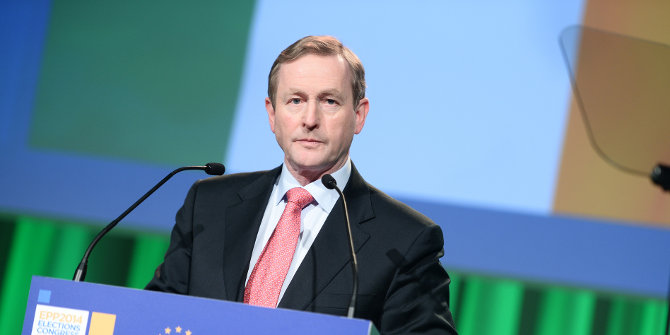 Does Zuzana Čaputová’s victory signal a new kind of politics in Slovakia?