How do parties integrate the views of voters into their policy platforms? Drawing on a new study of social policy in seven European countries, Michael Pinggera explains that parties increasingly focus on ‘bridge policies’ – policies that are popular among both their support base and the general electorate.

The role of parties in a functioning democracy is to represent citizens’ policy preferences. This includes preferences on social policies such as pensions, education, and unemployment benefits, which account for a sizable share of public expenditures. In 2018, European member states on average spent close to 25 per cent of GDP on social protection and education. Evidently, peoples’ preferences should find their way into social policymaking. But do they? Do parties listen to voters? And if so, do they only listen to ‘their’ voters or to the general electorate?

The easy answer is yes, parties do listen to voters. In a new study, I find that parties focus on so-called bridge policies: policies that enjoy high support both among partisans and among the general electorate. This is to say, they overcome the trade-off between catering to new voters without risking jeopardising current voters by incorporating the preferences of both groups. But let us have a closer look at voters’ preferences first.

Previous research has repeatedly shown that demand for social policy has been increasing over recent decades and support for an encompassing welfare state is now widespread. This is mostly due to new social risks resulting from changed family structures and shifts in the labour market, which have fostered support far beyond the working class.

Importantly, however, we can observe disagreement over the type of welfare state citizens favour since voters attribute different levels of importance to specific policies. Hence, while there is a high level of what we may call positional coherence, conflict is about which specific issues should be prioritised. In short, working-class voters generally prefer social consumption; policies that pay immediate cash benefits such as old age pensions, unemployment benefits, or social assistance. In contrast, middle-class voters opt for social investment; policies that invest in human capital such as education and active labour market policies.

Consequently, traditional positioning of parties – that is, left parties advocate a big welfare state while right parties do the opposite – now appears inadequate since general support is so massive. Taking anti-welfare stances, even for parties on the right, has become electorally harmful. Again, this broad support coalition for the welfare state among parties (resulting from extensive electoral demand) does not mean that we observe unanimity. Rather, different parties focus on different aspects of the welfare state. In other words, parties engage in what other scholars have labelled issue competition. They thus differ in their social policy issue emphases – a difference that reflects variation in voters’ preferences.

As foreshadowed, parties do not necessarily find themselves in a trade-off between emphasising social policies that are either preferred by their core voters or by the general electorate. As Lorenzo De Sio and colleagues have argued elsewhere, and based on the assumption that parties want to maximise votes, they focus on policies that are popular among current and potential new voters. Such policies are called bridge policies. The very same is true for the subfield of welfare politics. I find that parties are careful not only to cater to either their current or potential new voters, but to emphasise social policies that may resonate with both groups.

In other words, parties listen to voters. They focus on what resonates with everyone. They incorporate voters’ social policy priorities. This typically includes a focus on old age pension benefits. However, beyond such prevailing issues, parties are also representatives of social groups: progressive parties such as the Greens or the Liberals are found to focus on investing measures such as education and active labour market policies. 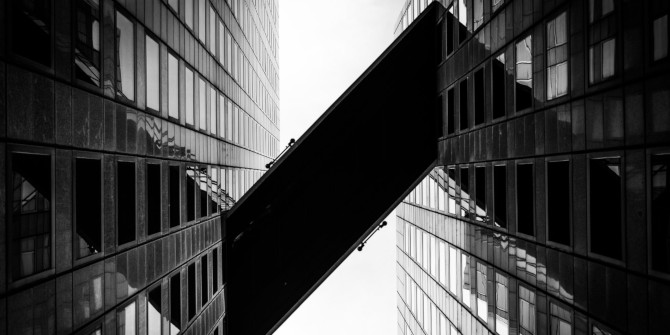 In sum, even though electoral demands have changed, this has not resulted in parties being detached from voters. Rather, general congruence between parties and voters is quite high, but specifically directed toward issues popular both among partisans and the general electorate.

The case of radical right parties

This is a finding that replicates in all countries included in the underlying analysis (Germany, Ireland, Italy, the Netherlands, Spain, Sweden, and the United Kingdom) and for all party families, with one limitation: results are a bit more nuanced for radical right parties. A closer look reveals that the incorporation of the general electorate in their social policy profile is entirely based on old age pensions. In other words: radical right parties’ strong emphasis on pensions is sufficient for this party family to appear to listen to the entire electorate more generally. Regarding other issues such as education and labour market policies however, they are representatives of only their current electorate.

Nonetheless, the implications of these findings are far-reaching. Radical right parties that traditionally held neoliberal economic stances, now (in line with more recent literature) seem keen to incorporate voters’ demands for social security in their profiles. Due to the overwhelming support for old age pensions, this even encompasses the demands of the general electorate.

What do we learn from these findings? First, partisan welfare politics have to a certain extent become issue-based. Clearly, there are issues that parties cannot ignore such as old age pensions, healthcare, and mandatory and vocational education. However, at the same time, parties are still representatives of social groups. Issue emphases of party families do differ, and they differ in a way that corresponds to the demands of their electorates.

Furthermore, even though some issues prevail on the agenda, what we observe beyond these issues seems compatible with the contemporary welfare politics literature regarding social investment, social consumption, and the trade-offs between them. Support for social investment clusters in culturally progressive parties and electorates such as the Greens or the Liberals, while the opposite is true for the radical right, and parties’ behaviour reflects these trade-offs.

Therefore, beyond certain prevailing issues, parties are clearly distinguishable because they differ in their priorities. Nonetheless, they seem to be less constrained than what is suggested by the trade-off literature. Consequently, it may be possible for parties to reach out to different constituencies within their electorate with different types of policies, which is good news for parties catering to the middle- and working-class alike, such as social democratic or radical left parties.

Note: This article gives the views of the author, not the position of EUROPP – European Politics and Policy or the London School of Economics. Featured image credit: Pablo Fernández (CC BY-NC-SA 2.0)

Michael Pinggera is a PhD researcher in the Department of Political Science at the University of Zurich. His research focuses on welfare state politics, public opinion, and party competition. 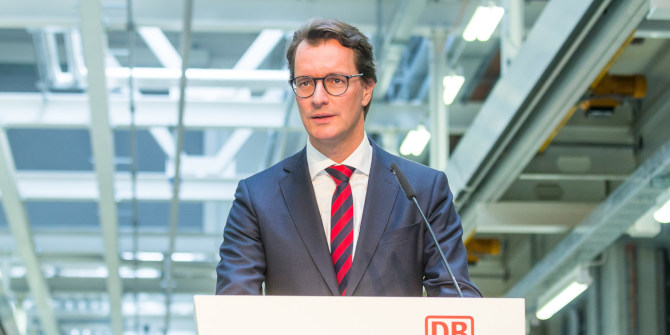