Mario Draghi, the former President of the European Central Bank, has been invited by Italy’s President Sergio Mattarella to form a new Italian government. Lisa Zanotti reacts to the decision, arguing that while Draghi may help the country emerge from its current political crisis, his appointment as Prime Minister would illustrate the deficiencies present within Italian democracy.

Yesterday, Sergio Mattarella, Italy’s President, indicated that former Bank of Italy and ECB President Mario Draghi would be invited to form a new government. This came after a series of consultations in which it became clear that Prime Minister Giuseppe Conte could no longer count on a workable parliamentary majority.

Draghi became well-known internationally during the Eurozone crisis. His statement that the ECB was ready to do “whatever it takes” to preserve the euro registers as an iconic moment in the recent history of European integration. President Mattarella had expressed his intention to give the mandate to form a new government to a “high profile man” and it now looks like Draghi will be charged with leading Italy out of its current political crisis.

The news produced a polarised response within Italy. On the one hand, some see Draghi as a potential saviour capable of rescuing the country from the ineptitude of its politicians, who seem to be universally incapable of rising to the challenge posed by the exceptional situation we are presently living in. The prospect of a government led by an expert whose choices are dictated by his knowledge and sense of responsibility inspires a sense of optimism from some sections of society about the delivery of future policies, particularly in unprecedented circumstances such as these.

On the other hand, the option of a technocratic government is positively despised by many others, who would rather see an electoral solution implemented. This includes the country’s two main populist radical right parties, the League and the Brothers of Italy. For those who embrace populist ideology, sovereignty remains the prerogative of the people.

Neither populism nor technocracy are new features of Italian politics. It is worth noting that since the inauguration of the Second Republic in 1994, the country has experienced two fully technocratic executives, i.e., governments that did not contain any party representatives. The last one, led by former EU Commissioner Mario Monti, lasted almost two years and was initially supported by all major parties in the system as Italy sought to face the challenges of the financial crisis. Then, as now, the perception was that politics was incapable of dealing with the situation.

Yet Italy has also been defined as a “country of many populisms”. It has seen the emergence of three electorally relevant and durable populist parties since the 1990s, namely Silvio Berlusconi’s Forza Italia, the League, and the Five Star Movement (M5S). Even if there are stark ideological differences between these parties, their success speaks to the level of unresponsiveness that is characteristic of traditional Italian politics. The net result has been frequent shifts between populist politics and technocratic moments – the latest of which we are now witnessing. 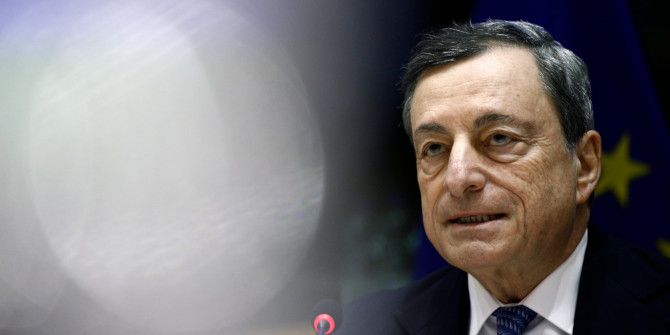 There are two key aspects that must be considered when assessing where Italy’s democracy now stands. The first stems from the relationship between technocracy and populism. The two are often viewed as opposing forces, with technocrats embodying a sense of elitism that is by definition anti-populist. Technocrats are entitled to decide, on the basis of their expertise, over the people – and in this sense, technocracy is undoubtedly at odds with populism, which stresses that politics should be an expression of the general will of the people.

However, technocracy and populism nevertheless share a degree of common ground since they each critique two key features of modern democratic politics: political mediation and procedural legitimacy. Italy’s history of cycling between technocracy and populism is particularly problematic because it leaves political processes with little space to manoeuvre. Any approach to governing that disregards the contentious nature of politics is potentially perilous for democracy, especially when it signals that a country’s democratic system struggles to cope with hard times.

A related problem in Italy is that there is a tendency for political actors to support technocratic solutions while in opposition as a mechanism for depriving their opponents of access to power. The leader of the Democratic Party, for instance, has strongly backed Mattarella’s decision, which might be read as a desperate attempt to avoid elections. More ambiguous is the position of the M5S, which has yet to declare its intentions in relation to supporting the eventual Draghi government.

The second aspect that is worth emphasising is that while the members of a technocratic government are independent from political parties, they are not apolitical actors. Technocracy thus represents a challenge to representative democracy and in some cases can put a strain on the political system as a whole. Technocrats, as political outsiders, operate under contested legitimacy, above all because they have not been elected by voters and because their power is not rooted in the procedural foundations of democracy. As Peter Mair notes, they also do not need to be responsive to a particular constituency.

As such, while Draghi may help pull Italy out of its present hardship, he is unlikely to be capable of healing the country’s democracy.

Note: This article gives the views of the author, not the position of EUROPP – European Politics and Policy or the London School of Economics. Featured image credit: Alexandros Michailidis / Shutterstock.com

Lisa Zanotti is an Associate Researcher at Diego Portales University.