The issue of democratic backsliding in the EU’s member states has received substantial attention in recent years, but it is far from clear how the EU’s institutions should respond. Richard Bellamy and Sandra Kröger set out a framework for understanding and tackling the problem, built on the principle of ‘value differentiated integration’.

States engaged in democratic backsliding progressively undermine three core components of democracy: first, a sufficiently free and fair electoral system to allow for the peaceful alternation in power of different parties offering alternative policies; second, the upholding of those civil and political rights intrinsic to such a democratic process, such as freedom of speech and association; and third, legal and judicial institutions possessing enough independence and integrity to uphold these processes and rights against pressures to bias them to favour the incumbents.

Why it matters that the EU acts against backsliding states

The democratic character of EU member states matters intrinsically and instrumentally for the legitimate and effective operation of the EU respectively. Member state democracy has intrinsic value for the legitimacy not only for the conferral of competences on the EU, but also for the legitimacy of its decisions and their implementation, involving as they do the assent of elected governments and members of the European Parliament, on the one side, and of national parliaments that transpose EU measures into domestic legislation, on the other.

The involvement of democratically backsliding states in EU decision-making impairs and questions the democratic quality of the EU. Such states are unable to fairly represent their citizens in EU decision-making, and can distort votes determining EU policies in both the Council and the European Parliament. As a result, the involvement of backsliding states adds to the notorious democratic deficit of the EU. Moreover, this is a deficiency the EU itself is complicit with so long as it tolerates and even funds such governments.

Democracy also provides instrumental support for the EU’s core aims of peace and prosperity. Democratic states tend not to go to war with each other, and to cooperate in peace-building initiatives. Democratic backsliding regimes within the EU potentially weaken that commitment. As for prosperity and well-being, democratic backsliding threatens EU cooperation in a number of core areas, not least due to worries about corruption and a failure to apply EU law impartially. For example, concerns exist that EU structural funds are being systematically misappropriated in Hungary to favour the ruling party and associates of the government, thereby undermining their purpose.

Some have contended that EU action is only defensible on federal grounds, with a proactive role for the EU’s supranational institutions, particularly the European Commission and the Court of Justice of the European Union (CJEU), potentially backed by a new ‘Copenhagen Commission’. They see democratic backsliding as particularly revealing the weaknesses of constitutional pluralism.

They note how certain intergovernmental features of EU governance, such as the need for consensus in the Council to trigger Article 7 or the way party groups in the European Parliament operate as coalitions of national parties, have weakened the EU’s response to democratic backsliding. They regard constitutional pluralism as similarly bolstering democratic backsliding regimes to resist EU action against them, by challenging adverse judgments by the CJEU or actions against them by the Commission as either ultra vires or invalid.

Likewise, they see differentiated integration as offering a mechanism whereby these regimes might seek to opt-out from a commitment to meet the democratic standards enumerated in Article 2 as pre-conditions of EU membership. However, a constitutional pluralist framework is inconsistent with democratic backsliding and would not justify opting out of aspects of Article 2 of the Treaty of the EU as a legitimate form of differentiated integration. On the contrary, its rationale derives from the very democratic norms that backsliding regimes seek to curtail: namely, the need for checks and balances to ensure equal concern and respect for the rights to voice and consideration of all members of the political community, in this case the EU.

In fact, a constitutional pluralist approach offers a theoretically coherent rationale for the EU acting against such regimes. Our defence of this approach is premised on a broadly confederal and what has been termed a ‘demoicratic’ view of the EU. The demoicratic view notes that the supranational level has strong intergovernmental aspects, and is a form of shared authority between the constituent parts that ‘govern together but not as one’. We argue that constitutional pluralism can supply such accounts with theoretical backing.

It follows from our normative argument that to be legitimate EU action against a backsliding member state must fulfil four criteria. First, action must avoid inviting the charge of being an arbitrary imposition, which fails to consult the views and interests of the member states and their citizens, or to be accountable to them. Consequently, the European Commission and the CJEU should not be the organs that advise on whether EU action is in order. Rather, the process should gain authority from a body that can credibly represent the pluralism of the member states and be ultimately accountable to the Council. It should also involve actors from civil society and the opposition within the targeted member state.

Second, the identification of any democratic failings needs to be undertaken in an impartial manner, which applies equally and consistently to all member states. To meet this condition, the monitoring should come from an independent body. Third, sanctions must be proportionate to the degree of backsliding and operate according to a pre-determined scale. Fourth, sanctions should target the government rather than the entire population. Fulfilling these criteria reduces the likelihood of the EU being accused in its turn of overdrawing on its legal competences and democratic capacity.

To meet the first and second criteria we suggest a modification and development of the European Commission’s plans for a new annual Rule of Law review cycle and its proposal for a joint regulation of the European Parliament and the Council to protect the EU’s budget from ‘generalised deficiencies as regards the rule of law in the member states’. To meet the third and fourth criteria we propose what we call ‘value’ differentiated integration. This represents a form of ‘reduced cooperation’ justified by a lack of capacity on the part of a member state to meet one or more of the three minimal requirements for a functioning constitutional democracy laid out above.

Two types of value differentiated integration – the cessation of disbursement of EU funds and the withdrawal of voting rights in the Council – are possible. First, the EU could apply conditionality requirements to the receipt of EU funds. This proposal dovetails with the recent moves by the EU to introduce some conditionality as regards the disbursement of EU funds in the context of its Multiannual Financial Framework and the Covid-19 fund. Second, the EU could remove certain voting rights in the Council. Together, both types of value differentiated integration should equip the EU better than hitherto against backsliding member states.

Sandra Kröger is an Associate Professor in Politics at the University of Exeter. She is interested in topics related to democracy in the EU and European integration more broadly. Her most recent publications focus on interest group representation in the EU, national parliaments, differentiated integration, and Brexit. 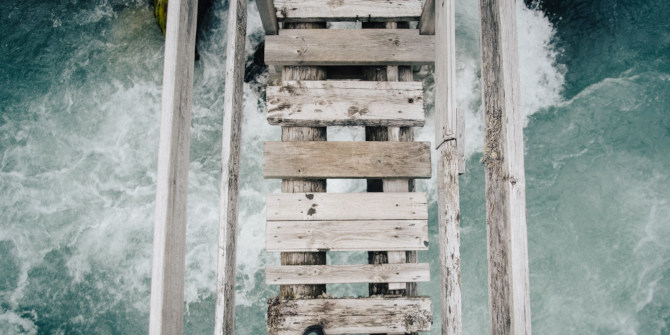 Uncovering the missing link between precarity and populist voting 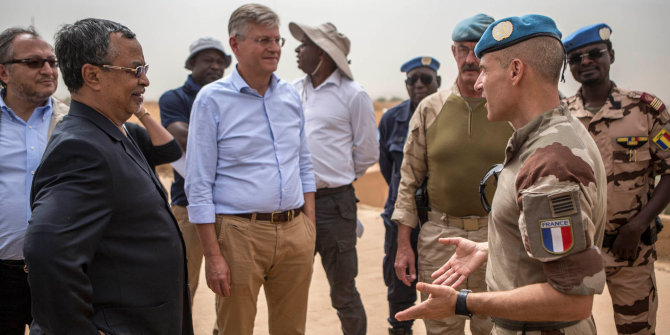