Support for economic, social, and territorial cohesion has been at the heart of the EU since its inception. However, the Covid-19 pandemic risks deepening inequalities between citizens and territories across the EU. Patricia Wruuck, Julie Delanote, Peter McGoldrick, Emily Sinnott and Debora Revoltella use a unique combination of survey data from businesses and municipalities to identify investment needs and gaps across EU regions. They suggest that a combination of finance, capacity support for project planning, and the implementation and lowering of investment barriers will be key to helping regions catch up following the pandemic.

Increased divergence between people and regions across the EU in the aftermath of the global financial and EU sovereign debt crisis led to serious concerns about a loss of trust in (EU) institutions and places ‘left behind’. Beyond the crisis-induced shock, pressure on inequality intensified as a result of megatrends, notably ageing, digital technologies, global competition and climate change and pollution. Can this time be different?

The Covid-19 crisis has led to some widening of inequalities, for example in terms of sectorally concentrated job losses or health outcomes by social strata. At the same time, it has triggered large-scale public and EU support programmes to protect public investment and capital transfers, support firms and households, and mitigate risks of a protracted investment slowdown. What is more, the EU has committed to a joint agenda for recovery centered on green and digital transitions. The extent to which this will mitigate the risks of rising inequalities in the aftermath of the pandemic depends not least on support for cohesion.

Supporting cohesion in the post-pandemic environment

The EU’s new cohesion policy aims to ensure that all parts of the EU can take part in the green and digital transition. Cohesion policy funds to boost EU economies’ ability to deal with longer-term structural shifts, together with the Next Generation EU funding package that aims to kick-start recovery, amount to over one trillion euros over 2021-2027. Yet the success in supporting economic catch up and convergence will depend on whether funds can be channeled to investments that effectively address gaps.

We use data from the European Investment Bank’s municipalities survey and the annual EIB Investment Survey (EIBIS) targeting firms across the EU to shed light on public and private investment needs, gaps and local abilities to advance on the transformation towards a smart and green economy. The analysis distinguishes between NUTS2 regions with GDP per capita below 75% of the EU average (less developed), between 75-100% (transition) and above (non-cohesion regions).

How are cohesion regions positioned?

Note: Question: “For each of the following would you say that the quality of infrastructure is satisfactory, slightly lacking or substantially lacking?” Source: EIB Municipalities Survey 2020.

Note: Question: “Thinking about your investment activities, to what extent is each of the following an obstacle? Is it a major obstacle, a minor obstacle or not an obstacle at all?” Source: EIBIS 2020.

Figure 3: Share of firms that express dissatisfaction with financing conditions

Note: The base was all firms who used external finance in the last financial year (excluding don’t knows and refused). Question: “How satisfied or dissatisfied are you with…?”

Firms in cohesion regions show awareness of climate-related challenges but fewer have undertaken investment in energy efficiency measures (43% in less developed regions and 47% in transition regions compared to 49% in non-cohesion regions) and have a dedicated person in charge of climate change strategies (15%, 20% vs 24%).

A lack of funding is an important barrier to addressing the climate challenge for municipalities and firms in cohesion regions. Three-quarters of municipalities identified a lack of funds as among the top-two obstacles hampering investment in green infrastructure (Figure 4). For firms, finance, costs of investments and uncertainties about regulations are key obstacles to undertaking investment tackling climate challenges.

Note: Question: “Thinking of green or climate related infrastructure investment, which are the two main obstacles to this type of investment?” Source: EIB Municipalities Survey 2020.

Taking on the twin transition will likely reveal capacity constraints in cohesion regions. Municipalities’ investment plans show that they are keen to close the gaps for green investment. However, more green projects will require innovation, navigating regulatory requirements, and mastering higher complexity. Yet, municipalities in cohesion regions lag in terms of green capacity (Figure 5). Similarly, for corporates, strengthening internal capacity to undertake green investment will be crucial for turning investment ambition on greening into reality. 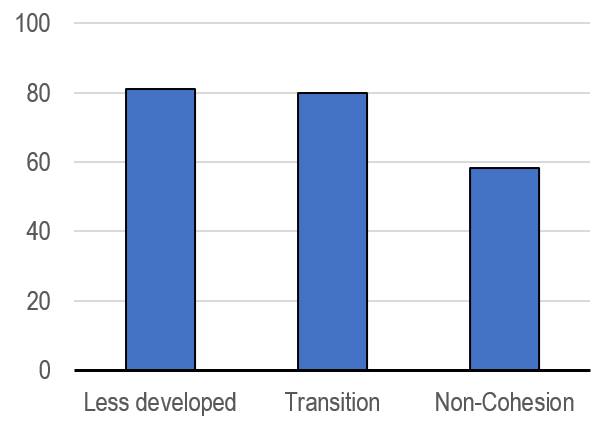 Note: Question: “For your municipality’s infrastructure investments, have you included, do you plan to include or do you have no plans to include in the next 5 years, any of the following considerations or types of projects?” Source: EIB Municipalities Survey 2020.

What is needed to foster convergence?

Financing is needed to reduce investment gaps – but financing alone won’t be enough. To foster a sustainable economic catch-up for cohesion regions, policy support should focus on addressing basic infrastructure challenges in a climate-friendly way, supporting investment activities that help firms in cohesion regions move up the value chain, and jointly tackle finance and capacity gaps on planning and implementation to maximise impact.

For further information on investment trends, digital, climate and cohesion challenges and the EIB Municipality Survey 2020, see the EIB Investment Report 2020/21 and The state of local infrastructure in Europe: EIB Municipalities Survey 2020

Note: The views expressed in this column are the private views of the authors and may not, under any circumstances, be interpreted as stating an official position of the European Investment Bank. The article gives the views of the authors, not the position of EUROPP – European Politics and Policy or the London School of Economics. Featured image credit: © European Union 2016 – European Parliament (CC BY-NC-ND 2.0)

Patricia Wruuck is an Economist in the Economics Department of the European Investment Bank where she is principally responsible for research on skills. Her research interests are in European policy, political economy, trade and human capital development. Previously, she worked at Deutsche Bank Research and Google. Patricia holds a Master’s degree from Freie Universität Berlin and a doctoral degree from Mannheim University.

Julie Delanote is an Economist at the European Investment Bank, where she is principally responsible for the EIB Investment Survey, a large scale survey of corporate investment activities. Julie mainly works on topics related to innovation and digitalisation and holds a PhD degree from KU Leuven.

Peter McGoldrick is Senior Economist in the Policy and Strategy Division of the EIB's Economics Department. In this role his research interests include infrastructure investment, with a particular interest in the role local government. His professional curriculum includes stints at the IMF, the ECB and the Central Bank of Ireland as well as posts as university lecturer. His academic training focused on industrial organisation and corporate finance.

Emily Sinnott is Head of the Policy and Strategy Division in the Economics Department of the European Investment Bank (EIB). Her work focuses on informing EIB policy discussions, and strategic and operational orientation using economics research, and country and financial sector analyses.

Debora Revoltella is the Director of the Economics Department of the European Investment Bank since April 2011. The department comprises 30 economists and provides economic analysis and studies to support the bank in defining its policies and strategies. Before joining the EIB, Debora worked for many years on CESEE, first in the research department in Comit, later as Chief Economist for CESEE in UniCredit. Debora holds a PhD in Economics and worked as adjunct Professor at Bocconi University. She is member of the Steering Committees of the Vienna Initiative and the CompNet, and a member of the Boards of the Joint Vienna Institute, the SUERF and the Euro 50 Group. 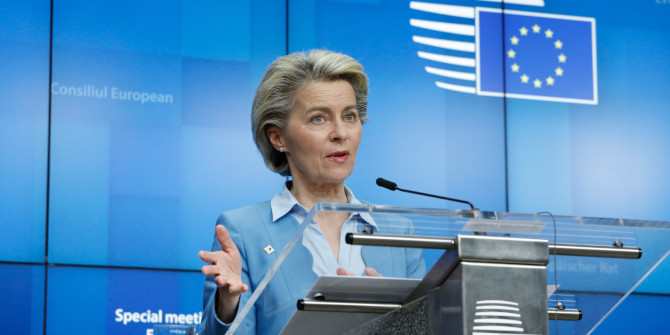