Alongside Germany’s federal election on 26 September, two state elections will also be held on the same day in Berlin and Mecklenburg-Vorpommern. Marco Bitschnau previews the vote in Berlin, where the German Social Democrats now have a lead in the polls following a late surge in support.

It is mid-September and all eyes in Germany are glued to the upcoming federal election. And for good reason, one must say: in contrast to previous years, the 2021 campaign season has been a rollercoaster ride that has seen, in quick succession, the rise of the German Greens and the selection of Annalena Baerbock as the first-ever Green chancellor candidate; a dramatic contest between CDU leader Armin Laschet and his popular CSU counterpart Markus Söder to head the joint CDU/CSU ticket; and, most recently, the surge of the SPD, a party that has been declared dead many times but is now experiencing a resurrection of almost biblical proportions.

With Baerbock and Laschet engulfed in scandals, the SPD’s lead candidate, Olaf Scholz, a centre-left pragmatist who took up the (largely symbolic) role of Vice Chancellor in 2018, has rapidly gained both popularity and trust. Pitied as his party’s quadrennial sacrificial lamb only a short while ago, he suddenly has a real chance of succeeding Angela Merkel and bringing sixteen years of centre-right hegemony at the federal level to an unexpected end.

But while the question of whether Scholz can make it seems to be soaking up the public’s attention like a sponge, far less attention is being paid to two state elections that will be held on the same day as the federal election (26 September). One will be in Mecklenburg-Vorpommern, Germany’s most rural and least populous Flächenland (non-city state), where the SPD of incumbent minister-president Manuela Schwesig has a comfortable lead of around twenty to twenty-five points ahead of both the CDU and the far-right AfD.

Since nothing points to an upset, the only relevant question concerns the performance of the Greens. They failed to enter the state parliament last time and some polls have them once again dangerously close to the 5% threshold. By comparison, the fight for second place is of limited significance and is highly unlikely to affect power relations in the state’s capital, Schwerin, in anything more than a cosmetic fashion.

Of greater interest will be the result of the Berlin state election. In contrast to many of its more glamorous competitors, Berlin is not only a city or federal district but a full-fledged state, whose head goes by the title of ‘Governing Mayor’ and carries the same rights and duties as any minister-president.

For the past two decades, the mayoralty has continuously been held by the SPD – first by Klaus Wowereit, who rose to fame as one of the country’s first openly gay politicians, and then by Michael Müller, whose governing style has been less colourful and whose time in office less memorable than that of his charismatic predecessor. After almost seven years at the helm, he will (somewhat surprisingly) turn his back on city politics and run for parliament, paving the way for the SPD’s lead candidate, Franziska Giffey, to succeed him and become the first female mayor of the capital.

Rising support for the SPD

Just like Schwesig in Mecklenburg-Vorpommern, Giffey is a former Minister of Family Affairs who left federal politics to run for a state-level top job. But unlike the former, she also brings some unwanted baggage to the contest. In June, the Free University of Berlin revoked Giffey’s PhD in the wake of a plagiarism scandal that had also triggered her resignation from the cabinet.

Her graduate thesis has likewise come under fire, a statement she made on deportations to Syria and Afghanistan (she was the first prominent SPD politician to speak out in favour) drew the ire of the party’s left, and her clear pro-automobile positions have irritated many bike-loving city dwellers. And yet, Giffey remains the clear favourite. Riding on the coattails of Scholz – who recently introduced her as the ‘next Governing Mayor of Berlin’ at a campaign stop – and benefitting from her high name recognition, she has established a healthy SPD lead in the August and early September polls, the first such lead the party has held since July 2018.

While the SPD has climbed steadily in Berlin, the Greens have lost around ten percentage points in under four months and are now on the brink of seeing a certain victory turn to another frustrating defeat. Led by former journalist Bettina Jarasch, the party had hoped to make up for its failure to dethrone the SPD’s Peter Tschentscher in the 2020 Hamburg state election and gain the second leadership of a state government in party history.

Now, this prospect is diminishing by the day, as are the chances of the Left (Die Linke), whose candidate Klaus Lederer was recently hailed by a hundred prominent artists as the ‘best senator (i.e., state minister) for Culture we have ever had’ but failed to translate this enthusiasm into tangible support. In fact, three weeks before the election, the party’s polling numbers are worse than at any time since 2015, in part because it is still divided between a communitarian-isolationist and a cosmopolitan-universalist wing, but also in part because of the SPD’s unforeseen revival.

Among the three opposition parties, the CDU looks to be in relatively good shape – especially compared to the pitiful performance of the federal party. While unlikely to win, its lead candidate, Kai Wegner, has got most things right and can expect a good enough result to solidify his party’s position. With a little luck and sufficient turnout on election day, he might even reach second place. The FDP, led by Sebastian Czaja, is likewise hovering a few points above its 2016 result, following the positive trend of the federal party.

Last but not least, the AfD appears as isolated as ever. Its state party in Berlin and lead candidate Kristin Brinker are both viewed as having less of a penchant for radical rhetoric than their Brandenburgian neighbours. Despite this, they are polling a little lower than last time and the party is still consigned to pursuing a strategy of fundamental opposition while remaining entirely irrelevant to the process of government formation.

A ‘Germany coalition’ in Berlin?

Regardless of the winner, there is little doubt that the current coalition between the SPD, the Left, and the Greens (known as a ‘Red-Red-Green coalition’ or R2G) will retain their majority. Less clear, however, is whether the parties involved want to continue their cooperation. The Left obviously does because it lacks other realistic power options, and the Greens – who are noticeably more left-wing in Berlin than at the federal level – would not mind a continuation either, preferably under their leadership.

More mixed messages, however, have come from the SPD and in particular from Giffey herself, with pundits speculating that she could be inclined to form a so called ‘Germany coalition’ with the CDU and the FDP instead. This would be the first such alliance at the state level since 1959 and, in the context of state politics, represent a shift in power from the inner-city districts to the more conservative outskirts. It would also weaken the position of the Left in the eastern states, and with it the prospect for future R2G alliances.

In short, while Berlin is always good for a surprise, it appears reasonable to expect an SPD victory and the political rehabilitation of Franziska Giffey. The Greens’ campaign has lost considerable steam in recent weeks and the party may face yet another setback in the form of an SPD switch to a more centrist government. Together with a looming Scholz chancellorship, this could be interpreted as a reversal of the leftist course that the party has embraced over the last few years but largely failed to capitalise on. The Schröderian undercurrents in the SPD have never completely disappeared, and now, they might be ready for a return – in both the Rotes Rathaus of Berlin and in the federal chancellery.

Note: This article gives the views of the author, not the position of EUROPP – European Politics and Policy or the London School of Economics. Featured image credit: Markus Spiske on Unsplash 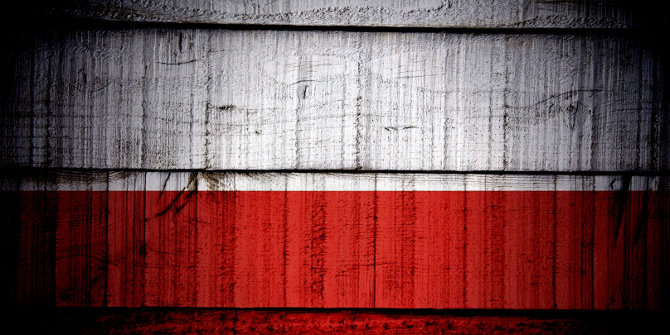 Romania’s President Băsescu remains suspended, despite surviving the impeachment referendum brought against him.