The UK has announced a new health and social care levy that will see national insurance contributions rise by 1.25% for both employees and employers. Bernard H Casey draws on the experiences of Germany and Japan, where contributions dedicated to paying for care are raised. He also assesses whether a better approach may be possible.

Boris Johnson not only broke his party’s election promises when he announced his solution for dealing with the problem of long-term care – no tax rises – he also made an innovation – hypothecating tax. He increased the National Insurance premium by 1.25% for both employers and employees, and he placed a 1.25% tax on dividends.

Just as important, he complemented his announcement by saying that these charges would be named a new ‘health and social care levy’ – to be dedicated exclusively to clearing the backlog in the health service and then to paying the cost of care by limiting the amount any one person would have to meet out of their own resources.

Those who are working pay the levy but retirees, who might be the major users of social care, do not. The levy constitutes a tax on jobs. There is no guarantee that the money collected will go to long-term care rather than staying with the NHS, since diverting money later might prove politically very difficult. Last, the levy is a tax on less well-paid workers to enable the rich to leave their houses to their children.

Some have supported the levy falling on lower-paid employees by suggesting the latter would find it fair because they were investing for a service they might need later in life. This fundamentally misunderstands what is planned. There is no “fund” into which people will be contributing – in much the same way as there is no National Insurance Fund either. The latter entity, despite its name, and whatever beliefs to the contrary persist, is merely an account held to ensure money is available to pay expenditures in any given period.

Hypothecation has, traditionally, been rejected by UK governments. It has also had a chequered history. Moreover, and despite wide-spread public perceptions to the contrary, the NHS is not financed by National Insurance. It is financed out of general taxation. National Insurance was, initially, designed to finance certain contributory entitlements – pensions, unemployment benefits, sick pay, and maternity benefits. Shortfalls of income have been topped up by transfers out of general taxation. Excesses of income have gone in the other direction – as cheap loans to the Treasury.

A proportion of National Insurance finance does, in fact, go to the NHS, although the amount has varied over the years (currently it is approximately 19%). It is true that, in the past, some National Insurance increases have been billed as helping to pay for increased NHS expenditure – most notably by Gordon Brown in 2002, when National Insurance rates for employers and employees were raised from 10% to 11%. However, money is fungible. No doubt, this is what concerns those who fear the resources raised by the health and social care levy will stay with the NHS, mitigating the need for otherwise necessary increases in income tax, VAT or something else.

The sole exception, not mentioned much in the debate about the levy, has been the hypothecated tax known as the ‘adult social care precept’. Since the mid-2010s, local authorities have been able to raise an additional 3% on top of regular charges to finance adult social care. However, council tax – the base on which the precept is levied – is widely criticised as regressive. Moreover, localities where the need is greatest are also areas where the proportion of higher-valued properties, on which more tax is levied, is also lower.

How others do it

The levy is very different from systems adopted in other countries that have sought to create special schemes to finance long-term care. In the case of Germany, contributions are levied on income. All pay a percentage – both employees and pensioners (but not employers, who do contribute to sickness insurance). The premium currently stands at 3.05% for those who have children and 3.30% for those who do not. There is a cap on income beyond which contributions are not paid, but this stands at about £1,200 per week (€62,550 per year) whilst National Insurance for employees is paid only on earnings between £184 per week and £967 per week.

The intent of successive plans to pay for social care has mainly been to prevent those in need of care draining down their assets. Here, the intention is to enable those who have built up some wealth to make bequests. The popular press is replete with stories about houses (the principal form of wealth) having to be sold to meet care costs. In fact, if a partner is living in the same house, the latter is not an assessable asset. Even if moving to residential care renders a property liable, it can be retained on lien to the local authority financing the care, and incurred costs are reimbursed only after death when an estate is being disbursed.

Those who do inherit wealth from parents tend to do so relatively late in their lives. Many are already retired or close to retirement. Most, if they have had them, will have already paid off mortgages. Most will no longer have dependent children. Yet they experience a sudden, unexpected windfall payment. The value of the inheritance will, moreover, not have been the product of saving, it will have been the result of asset value inflation. There are plenty of good reasons to consider taxing this inheritance as a way of paying for long-term care – something the author has been advocating for over 20 years.

This idea was also floated by LSE Social Policy Professor Howard Glennerster – again long ago. It is as valid today as it was then. Moreover, economists have always been critical of intergenerational transfers. Even the OECD has come down in favour of increasing their taxation. Firms that are passed on from parents to their children have tended to fare less well than those that were sold on at the death of the owner.

Successful financiers, such as Warren Buffett, and successful lawyers, such as Bill Gates Snr (father of the co-founder of Microsoft), have argued in exactly the opposite direction. Perhaps it is time to take a few leaves from their books.

Note: This article gives the views of the author, not the position of EUROPP – European Politics and Policy or the London School of Economics. Featured image credit: Simon Dawson / No 10 Downing Street (CC BY-NC-ND 2.0) 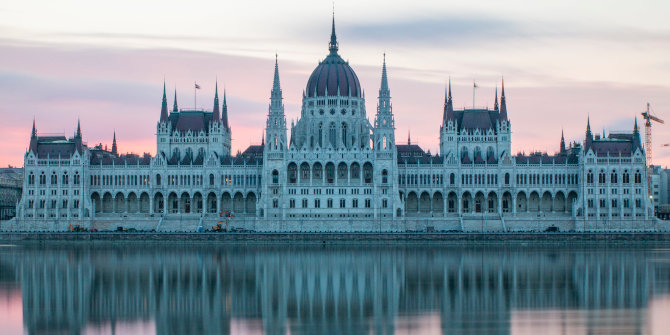 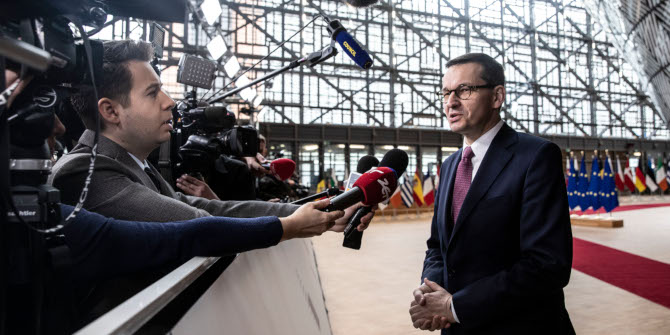 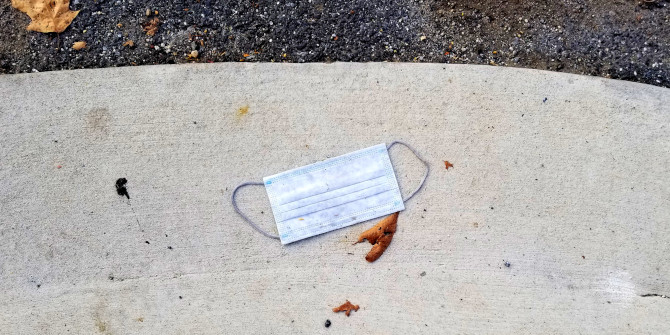