Coalition negotiations are still ongoing between the German Social Democrats, Greens and Free Democrats. Minna Ålander, Julina Mintel and Dominik Rehbaum examine what an agreement between the three parties might mean for EU politics.

After the Social Democrats (SPD) claimed a surprise victory in the 2021 German federal election, they have proceeded to start coalition negotiations with the Greens and the Free Democrats (FDP). The preliminary talks resulted in a consultation paper, which established the basis for the subsequent coalition negotiations. The pace of progress has been unexpectedly fast and the parties are now aiming for the new government to be formed well before Christmas, with Olaf Scholz attending the European Council in December as Germany’s new Chancellor.

However, underneath the seemingly harmonious surface, there is strong potential for conflict between the parties. German voters seem to have voted for both change and continuity. This becomes particularly clear in their positions on EU policy, where the parties pursue partly incompatible positions. This article assesses the possible implications of Germany’s coalition negotiations on the EU’s political landscape in four key areas: the Green Deal/climate policy, Economic and Monetary Union (EMU), Common Security and Defence Policy (CSDP), and institutional reforms.

The differences between the party positions are particularly conspicuous regarding Europe’s Economic and Monetary Union. This explains why there are remarkably few mentions of the topic in the consultation paper. The paper merely states that Europe must emerge from the pandemic economically strengthened and with sound and sustainable public finances.

To this end, the parties propose unspecified measures to strengthen competitiveness in all EU member states. These should, however, stay within the framework of the Stability and Growth Pact, which is to provide the basis for growth, climate-friendly investments, and for maintaining debt sustainability in the future. A strict reading of the Stability and Growth Pact by the new German government would significantly limit the possibilities for restructuring the Eurozone.

The paper includes confirmation of a constitutional limit on government borrowing. Both this and the paper’s take on Economic and Monetary Union bear the hallmarks of the FDP. Although the manifestos of both the SPD and the Greens endorse a European financial transaction tax, this is not mentioned in the document. The FDP, in turn, is strictly against any EU taxes or an increase of the EU’s budget, stressing that the ‘Next Generation EU’ (NGEU) recovery package must remain a one-time crisis management measure and the Maastricht criteria be reinstated immediately after the acute crisis.

In contrast, the SPD and the Greens both want to make the NGEU package a permanent instrument. The only superficial convergence between the Greens and the FDP is the idea expressed in both parties’ election manifestos to develop the European Stability Mechanism into a ‘European Monetary Fund’, however, their more detailed visions for this ‘EMF’ are so far apart that a common proposal is unlikely to emerge.

The paper’s approach to Economic and Monetary Union indicates the FDP is drawing a red line at common debt and any loosening of the EU’s fiscal rules. While the party’s vote share was the smallest of the three in the elections, it seems to be punching above its weight in the area of financial and economic policy.

If the party manages to set the tone on this topic, it would likely hamper any serious climate policy due to a lack of money for green (public) investments. That, in turn, carries significant potential for conflict with the Greens, who are under pressure to deliver on their election promises to take the climate crisis seriously. The necessity to normalise monetary policy after the extraordinary crisis measures will be a tough test for the coalition (and for the Eurozone as a whole) next year.

Most European policy makers agree on the importance of climate protection. The consultation paper unsurprisingly reiterates Germany’s commitment to the 1.5 degree target and details plans for speeding up the expansion of renewable energy. Besides reforming the German Climate Protection Law in 2022, the three parties plan to phase-out coal “ideally by 2030” which the Greens advocated in their election manifesto.

The EU Emissions Trading System shall be revised in the spirit of the EU’s ‘Fit for 55’ programme and the parties generally commit to the Commission’s proposals, meaning that only CO2-neutral vehicles would be registered in the EU from 2035 on – and earlier in Germany according to the paper. Whereas both the SPD and the Greens suggest the EU should include ecological standards in future trade agreements, the FDP has not addressed this. Disputes over trade agreements like the one concluded with Mercosur are therefore likely to persist not only at the European level but also during the national ratification process.

Additionally, the parties are aiming to diversify Germany’s energy supply, emphasising that the European energy law applies to energy policy projects in Germany, which can be understood as a reference to the dispute over the Nord Stream 2 pipeline. The Greens and the SPD are especially far apart on this issue. The Greens state the project goes against the EU’s common energy policy and disadvantages Ukraine, while the FDP has expressed similar doubts. The SPD, meanwhile, favours the immediate opening of the pipeline.

In addition to the open question of how investments in climate protection are to be financed, these points offer plenty of scope for conflicts to emerge. Disputes on the seriousness of the new coalition’s climate policies could also arise as there are several young newly elected members of parliament with strong ties to the climate protection movement, especially in the parliamentary group of the Greens. They are likely to demand serious policies and a clear stance from their government in Brussels.

Despite reiterating their overall commitment to strengthen the EU, notably by increasing Europe’s strategic sovereignty, the paper remains remarkably silent on concrete foreign policy issues. Both the Greens and the FDP had campaigned to break with Merkel’s policy on Russia and China, demanding a tougher position vis-à-vis Putin’s increasingly repressive regime and on the severe human rights violations in China. The SPD conversely pursues a softer stance on Russia, as indicated in its position on Nord Stream 2.

Similarly, the parties expressed their commitment to NATO, however without concrete proposals regarding nuclear sharing or the agreed target for NATO members to spend 2% of their GDP on defence. Members of both the Greens and the SPD have – unlike the FDP – repeatedly questioned NATO’s 2% financing target and instead called for a disarmament policy. The parties therefore need a concrete idea of what strategic sovereignty means for the new German government.

Furthermore, while all three parties underlined their commitment to a European Army in their election manifestos, the consultation paper only calls for better cooperation between national European armies. Neither did the parties pick up on the Strategic Compass initiative of the German Council Presidency, which is supposed to be finalised during the French presidency next March. The challenge of translating a “values-based and more European stance in foreign, security, and development policy” into concrete projects not only requires further compromise but will also determine whether Germany can become a driving force of EU foreign policy and defence integration.

The consultation paper aims to make the EU more capable of action and more democratic to protect its values both internally and externally. Although the FDP and the Greens had spoken out in favour of treaty reforms in the context of the Conference on the Future of Europe, the parties nevertheless refrained from presenting concrete steps to this end.

In their manifestos, both the FDP and the Greens had underlined their commitment to introduce a uniform electoral law with transnational lists and the Spitzenkandidaten system and called for more transparent EU Council meetings. The SPD, on the other hand, merely stated its intention to create a common right to vote for the European Parliament. As a result, the paper lacks any reference to treaty reforms or the Conference on the Future of Europe.

However, even issues all parties agree on, for example introducing a right to legislative initiative for the European Parliament and implementing Qualified Majority Voting in the area of Common Foreign and Security Policy, are not mentioned in the paper. Neither do the parties offer concrete ideas to strengthen and protect EU values, such as the rule of law and democracy.

In the election manifestos, all three parties agreed on strengthening the EU’s rule of law mechanism and introducing harder sanctions for breaches, underlining the option to withhold EU disbursements. The new government will be expected to take a clear stance on the escalating rule of law conflict with Poland and Hungary, especially as Merkel has been blamed for having been too indecisive and soft with the two countries.

During the coalition negotiations, both the FDP and the Greens will be measured against their ambitious EU reform plans, whereas the SPD must eventually articulate a coherent position. Only a clear commitment to concrete institutional and democratic reforms in the EU can fulfil the overall goal outlined in their consultation paper.

The need for a shared vision

Compared to the different Merkel-led governments, a ‘traffic light’ government between the SPD, Greens and FDP could be the most pro-European coalition in years. However, the three parties seem to have quite different understandings of what ‘pro-European’ means.

Simply identifying a least common denominator is not enough. The parties need to develop a shared vision that can guide German EU policy over the coming four years and beyond. Instead of merely reacting to external crises, the parties should develop a set of tangible projects and priorities. Currently, the areas of military cooperation and institutional reforms seem to have the highest potential for a constructive reform agenda. The Green Deal and the EU’s fiscal future, in turn, hold the greatest potential for conflict, as the Greens and the FDP are both under pressure to deliver on their respective priority portfolios and their goals are partly incompatible. Much will depend on the SPD’s management of the coalition as the largest partner.

The timing of the coalition formation could not be more important: the historic Next Generation EU recovery package has created new momentum in the European integration process. Consequently, the future German government will have substantial influence over whether to stay on this path or not.

Since the EU works essentially with package deals, willingness and ability to compromise between the three coalition partners is needed for a sound German EU policy. This is especially important as the European project as a whole is under pressure from inside as well as outside.

Minna Ålander is a Research Assistant in the EU/Europe Research Division at the German Institute for International and Security Affairs (SWP).

Julina Mintel is an Assistant in the EU/Europe Research Division at the German Institute for International and Security Affairs (SWP).

Dominik Rehbaum is a Trainee at the Delegation of the European Union to the International Organisations in Vienna. 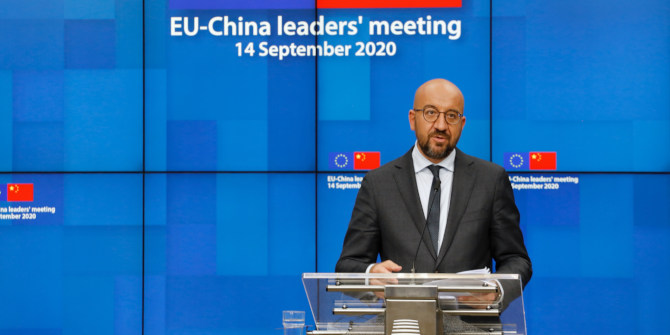 Upcoming elections in the UK: Northern Ireland, Scotland, and Wales