How our neighbourhoods shape our European and national identities

How our neighbourhoods shape our European and national identities

How does the diversity of a neighbourhood affect the political identities of the people who live there? Drawing on new research, Dominik Schraff and Ronja Sczepanski show that those who live in neighbourhoods with a diverse mix of western and non-western immigrants are more likely to have strong European identities.

Neighbourhoods form the social surroundings of our everyday lives. We shop, wait for public transport, and have chats with neighbours and strangers in our residential area. As the neighbourhood is such an essential part of people’s everyday lives, we explore how the ethnic composition of neighbourhoods impacts people’s European and national identities in a recent study.

European identities are an important antecedent cause for progressive attitudes safeguarding social cohesion in light of increasing diversity. For example, people with a European identity have more positive attitudes towards immigrants, are more likely to redistribute money across borders, and show lower levels of ethnocentrism. In contrast, when people only have a national identity, they are more likely to favour more restrictive border policies. Yet, we so far have limited insights on how neighbourhoods shape political identities.

We argue that the ethnic composition of residential areas informs the expression of European identity. Since the 1950s, research suggests that contact with strangers reduces prejudice against social groups such as immigrants. However, other studies have found that stereotypes and perceived threats relating to specific social groups – such as immigrants – leads people to avoid contact with those stereotyped groups in the first place. There is a similar lack of consensus when it comes to empirical findings. While some studies find that having a high share of immigrants in a person’s immediate surroundings increases the likelihood of natives voting for radical right parties, other studies do not find such an effect.

We argue that a combination of the contact and the threat hypotheses might explain these puzzling findings. Our main argument focuses on the composition of the immigrant population in a person’s neighbourhood. Specifically, we propose that the type of immigrant population and not only the size matters for people’s attitude formation. As previous psychological research has shown, individuals have different stereotypes of varying intensities in relation to different immigrant groups.

In contrast, natives often feel less connected to non-western immigrants due to the perception of a wider cultural gap. This gap can result in natives perceiving a conflict between ‘us’ and ‘them’, making it more likely they will fall back on an exclusive national identity. Therefore, we argue that natives in areas with a mixed immigrant population of non-western and western immigrants more frequently manage to overcome exclusionary thinking towards immigrants, which elicits the strengthening of inclusive European identities. Areas that only have large groups of non-western immigrants, on the other hand, are expected to foster exclusive national identities, as contact is impeded and cultural threat perceptions are amplified.

We look at fine-grained data linking individuals to postcode areas in the Netherlands to test our theoretical expectations. The Netherlands is a perfect case to study. For example, the Netherlands has high levels of English proficiency, a facilitating factor for contact with non-natives. On the other hand, the Netherlands also has relatively strong radical-right parties, which mobilise on exclusive national identities by increasing negative sentiment against immigrants.

For the categorisation of western and non-western immigrants, we rely on data from the statistics office of the Netherlands. Even though this categorisation is questionable from a scientific point of view, it proxies our concept of perceived cultural distance rather well. Figure 1 demonstrates the spatial variation in the composition of immigrant populations in the Netherlands. We combine the geocoded immigration data with a survey representative of the Dutch population, conducted with the LISS panel in 2020. 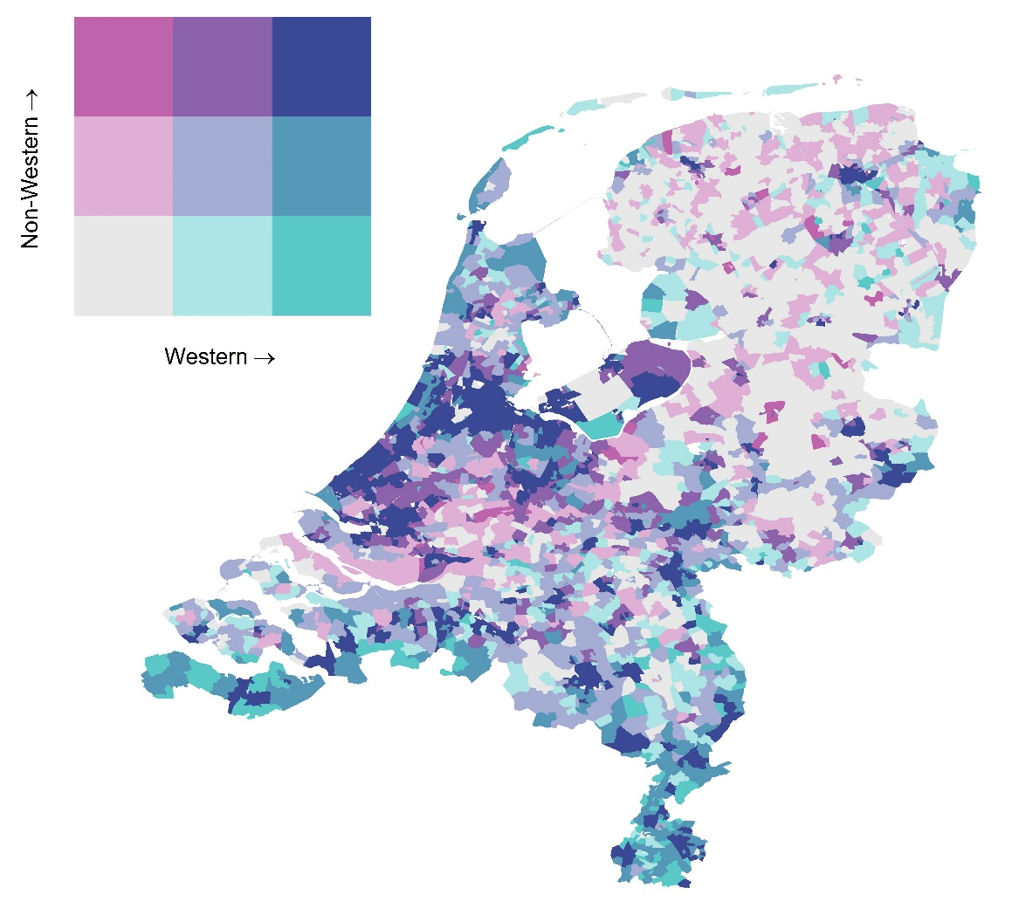 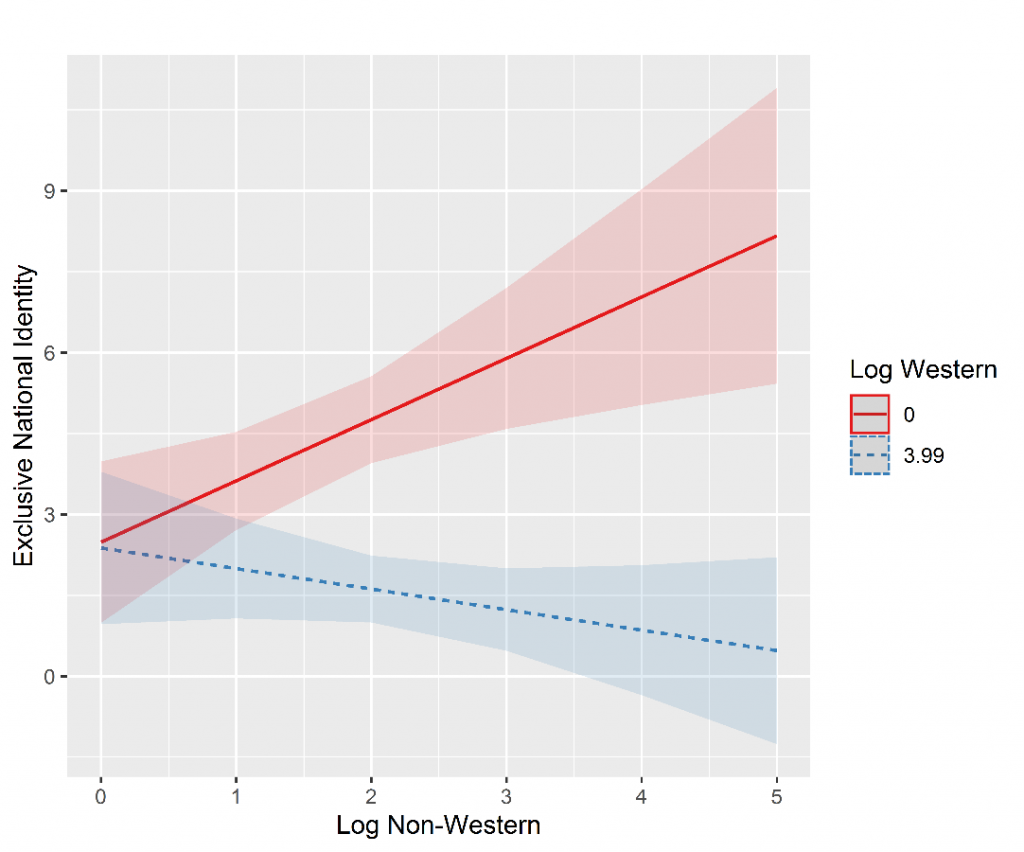 Our results have important implications for how local neighbourhoods can facilitate more inclusive identities. Having a diverse composition of neighbourhoods would build a perceptual bridge, making a conflict between ‘us’ and ‘them’ less likely. Classical arguments concerning ethnic competition and sociotropic threat perceptions only appear to emerge in contexts with large and clearly identifiable out-groups. Therefore, we encourage more nuanced research on the impact of immigrant composition on political behaviour in general.

Note: This article gives the views of the authors, not the position of EUROPP – European Politics and Policy or the London School of Economics. Featured image credit: Christian Vasile on Unsplash

Dominik Schraff is an Associate Professor of Political Science in the Department of Politics and Society at Aalborg University.

Ronja Sczepanski is a PhD Candidate in the Center for Comparative and International Studies at ETH Zurich. 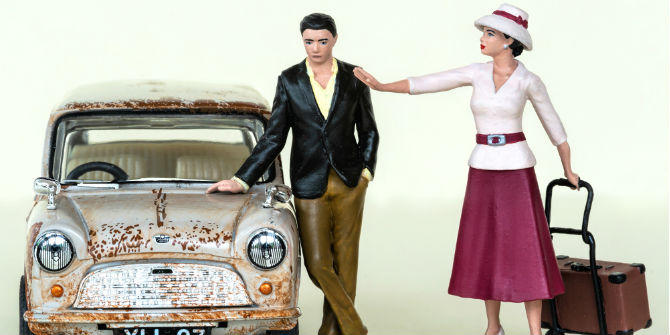