In Life After Privacy: Reclaiming Democracy in a Surveillance Society, Firmin DeBrabander argues that rather than seeking to safeguard and revive privacy in the digital age, we should instead focus on becoming engaged citizens who contribute to a democratic public sphere. This lucid book is public philosophy at its best, writes Paul Showler, though he questions whether there might be ways to envision new and better forms of privacy for our present times. 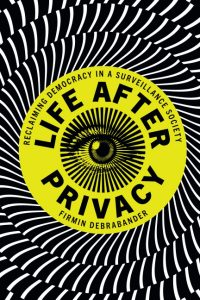 There is something paradoxical about our preoccupation with privacy. Most of us chafe at the thought of our data being collected, analysed and sold. Nobody is celebrating the rise of government and corporate surveillance. And yet the outrage we feel at the latest data breach or uncanny use of machine learning is typically short-lived. We continue to relinquish our smartphone data — sometimes in exchange for something as trivial as a coupon — and to cheerfully divulge our most intimate details over social media.

We say that we care about privacy. But our actions suggest otherwise.

Firmin DeBrabander’s Life After Privacy issues a bold challenge to theorists and reformers seeking to resuscitate privacy in the digital age. At best, these hopes are practically implausible. It’s not just that we have become too reliant on information technology (we have), or that Big Tech has become too powerful (it has); it’s that the advantages of using big data to solve our problems have become undeniable. At worst, however, an overly myopic focus on privacy may be politically self-destructive and a barrier to salvaging our imperilled democratic institutions. Instead of advising individuals to ‘rebuff, resist, or elude surveillance, or loosen their devotion to digital technology’, DeBrabander calls for us to ‘empower people politically in the face of their many spies’ (74). Rather than safeguard privacy, we should focus on becoming (and raising) engaged citizens capable of contributing to the public sphere.

One of the book’s central claims is that privacy is far less integral to democracy than is typically thought. For many of its advocates, privacy is a ‘universal aspiration and an enduring, consistent value or institution’ (76), without which political freedom or human flourishing would be impossible. DeBrabander challenges this presupposition on historical grounds. Privacy is far from monolithic and has meant different things across time and space. In the United States, the current paradigm of privacy — the suburbanite seclusion sought within a detached single-family home — is a recent invention, which for most of human history would have been unfathomable.

Privacy, as we currently know it, is the upshot of a complicated history whose roots DeBrabander traces to ancient Stoic practices of introspection (and their associated virtues of emotional self-control) and early Christian ideas of spiritual purification. It wasn’t until the early-modern period that privacy became a distinctively political concern. Its connection to democracy emerged gradually as the result of legal struggles over property, the ascendency of a centralised bureaucratic state and elevated prosperity. But this suggests that there is no reason to regard privacy as ‘inherent and essential to democracy’ (75). Moreover, if privacy has prevailed (at least in some form) long before our current legal systems and suburban infrastructure, then whatever advantages it is supposed to confer — for instance, autonomy or freedom of expression — may be secured through other means.

Someone might grant these historical claims but still regard privacy as an indispensable feature of our present political landscape. Because it affords individuals the space necessary for self-determination, the argument goes, privacy is a precondition for political autonomy. For DeBrabander, this is just ‘magical thinking’ (113). Why should anyone think that, when left to their own devices, people will develop the capacities required for making valuable political contributions? Who is to say that privacy won’t breed sadism, or docility, or apathy? This argument is premised on one of classical liberalism’s most implausible ideas: that we are isolated subjects who are unaffected by and through our social relations with others. Life After Privacy devotes considerable space to debunking this atomistic view, which has shaped much of our public discourse on the value of privacy.

These illuminating discussions of privacy’s history and its connection to liberal political theory set up DeBrabander’s own positive proposal: forget about privacy. Or, at the very least, stop rallying behind a fraught individualistic conception of it. The power imbalances between Big Tech and individual consumers are too great, and the potential abuses by governments have become too insidious. Preserving and bolstering democratic institutions in a world where privacy is threatened beyond repair requires a robust and concerted revival of the public sphere. And this demands a renewal of virtues, capacities and values instilled through democratic association in its various forms.

Drawing on the American philosopher John Dewey, DeBrabander believes people are empowered politically when they possess the skills and dispositions necessary for active participation in public life. Democracy is not something that can be legislated into existence, but must be ‘practiced, nourished, and taught in the family, the school, the church, social clubs, or professional or political advocacy groups’ (125). Notably, DeBrabander is skeptical that online associations will instill democratic habits. Social media presents too many anti-social temptations through its promise of anonymity.

There is much to admire about Life After Privacy. One of the book’s virtues is its political realism. It takes seriously the possibility that even the best theoretical arguments for privacy may leave our digital habits unchanged, or that regulation (though valuable) may be no match for authoritarianism. Moreover, DeBrabander is remarkably charitable to those theoretical perspectives with which he disagrees, and his lucid treatment of a broad range of historical and contemporary political philosophers is nothing short of impressive. This is public philosophy at its best.

Although sympathetic to the book’s historical arguments and its calls for a renewed public sphere, I sometimes found it hard to discern the author’s considered stance towards privacy. Some passages seem to lament its erosion in a world of mass surveillance, while directing our efforts elsewhere on pragmatic grounds. It would be nice if we could salvage our privacy — but good luck convincing people to forgo the convenience of a smartphone! As the book progresses, however, one gets the sense that privacy — at least as presently conceived — is doing more harm than good, and that we are better off without it. While these stances aren’t necessarily contradictory, the tension between them remains unaddressed. Moreover, whatever its shortcomings, one wonders whether privacy would still serve an important role in a world — as DeBrabander would have it — where the democratic ethos has been renewed and the public sphere refortified. Perhaps certain forms of privacy are (or should be) dead. But should that stop us from envisioning new (and better) ones to take their place?

Note: This article first appeared at our sister site, LSE Review of Books. It gives the views of the author, not the position of EUROPP – European Politics and Policy or the London School of Economics. Featured image credit: Tobias Tullius on Unsplash

Paul Showler is a PhD candidate in the Department of Philosophy at the University of Oregon. His research focuses on issues in ethics, philosophical methodology and pragmatism. 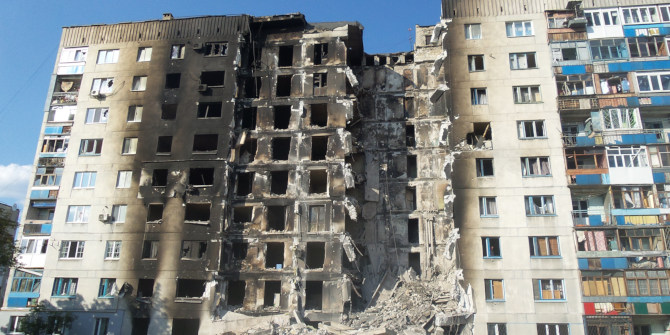 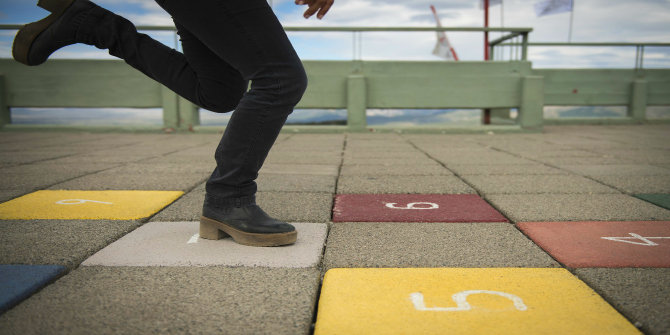 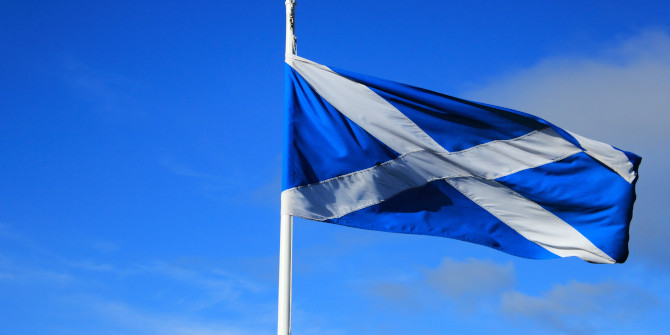