Azerbaijan has been proposed as an alternative source for EU gas imports as Europe seeks to reduce its dependence on Russian energy. Gubad Ibadoghlu writes that in the short term it is highly unlikely Azerbaijan would have the production capacity or means of delivery to act as a viable alternative to Russia.

The International Energy Agency recently published a ten-point plan to reduce Europe’s dependence on Russian gas. The plan suggests that gas production inside the EU and imports from non-Russian countries such as Azerbaijan and Norway could increase over the next year by up to ten billion cubic metres from 2021 levels. The plan also notes the EU could increase near-term liquefied natural gas inflows by around 60 billion cubic metres, but that this would result in very high prices due to importers competing with each other for the same supply.

It is estimated that this ten-point plan could reduce Russian gas imports to the EU by more than 50 billion cubic metres within a year, a reduction of over a third. However, the extent to which this will be possible depends on the alternative opportunities available. Alongside other states such as Qatar and the United States, Azerbaijan would be a key potential partner. But how feasible is it for the EU to use imports from Azerbaijan as an alternative to Russian gas?

However, in order to increase exports to Europe, Azerbaijan must launch at least the second project in the Absheron field. In the future, it is expected to sell 5-6 billion cubic metres of gas to the European markets within this project. However, it will take at least four years to increase production in the Absheron field. This means that if the deeper installation of the platform begins in 2023, construction will take until 2027. At the same time, in 2027, along with the Absheron field, gas volumes may be increased in the Karabakh and Kapaz oil and gas fields, as well as in the Umid field. Thus, in around five or six years, Azerbaijan can increase gas exports to Europe by 5-7 billion cubic metres.

A viable alternative to Russian gas?

As things stand, Azerbaijan will be unable to help Europe meaningfully reduce its dependence on Russian gas in the near future. There are at least two reasons for this. The first is the limited annual capacity of the TAP pipeline, which delivers Azerbaijani gas to Europe. At present, the capacity of the TAP pipeline allows for the transportation of 10-11 billion cubic metres of gas.

The capacity of the TAP pipeline can be expanded to 20 billion cubic metres. In addition, the Southern Gas Corridor project requires additional investment and time. This project needs to be developed and its annual capacity can be increased first to 24 billion cubic metres and then to 31 billion cubic metres. At the same time, European gas buyers must make legal and commercial commitments to Azerbaijani gas producers. These changes will take time.

Second, even if the capacity of the TAP pipeline is increased in the short term, Azerbaijan will not be able to increase gas exports to Europe in the coming years. As noted, in order to achieve this, along with Azeri-Chirag-Guneshli and Shah Deniz, gas production from the Absheron, Karabakh, Kapaz, and Umid oil and gas fields must be increased.

In the short term, Azerbaijan simply does not have the opportunity to provide an alternative to Russian gas for the EU. In fact, even if there was enough gas, it would technically be impossible to deliver it to Europe. At best, in five years, Azerbaijan will be able to transport 20 billion cubic metres of gas to Europe within the second phase of the Southern Gas Corridor. Therefore, among the alternatives for Europe to decrease its dependence on Russian gas, Azerbaijan’s capabilities seem weak compared to the United States, Qatar, Algeria, and even Iran.

It should be taken into account that the route of Azerbaijani gas to Europe passes through Russia’s sphere of influence. The Caspian Pipeline Consortium (CPC), which currently supplies about 80 percent of Kazakhstan’s exports, as well as 90 percent of the oil produced by foreign consortiums in the Tengiz, Kashagan, and Karachaganak fields to the European market, has shut down two of its three oil pumping stations near Novorossiysk. As a result, Kazakhstan, which sells a million barrels of oil a day from the terminal, is facing problems in oil exports.

Azerbaijan could potentially suffer the same fate. Russia has previously been accused of causing an explosion in a pipeline in Turkey prior to the Russian-Georgian war in 2008. A similar ‘accident’ might well occur in the Baku-Tbilisi-Ceyhan (BTC) oil pipeline and Baku-Tbilisi-Erzurum (BTE) gas pipeline if Russia feels its interests are threatened. It is important to consider this possibility when evaluating the use of Azerbaijan as an alternative source for gas. 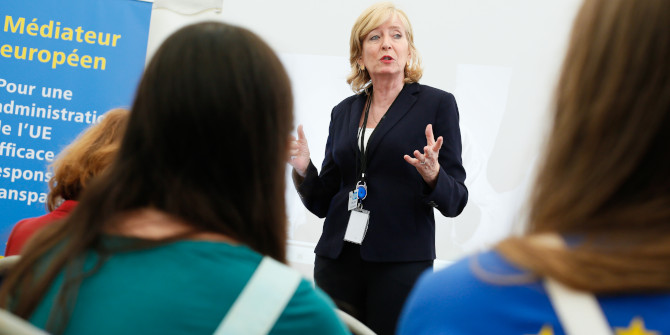