At the Conservative Political Action Conference in Dallas on 4 August, Hungarian Prime Minister Viktor Orbán spoke of a new ‘culture war’ taking place. Andrew Ryder argues that if a culture war is indeed taking place, the EU’s best response would be to establish a new Social Europe that is capable of protecting citizens from the challenges facing the European economy.

Recent comments by Hungary’s Prime Minister, Viktor Orbán, where he stated Hungary did not need a mixing of the races and that countries where European and non-Europeans mingle were ‘no longer nations’, have received a great deal of attention. Indeed, the crudity and racialism of Orbán’s comments were deeply disconcerting for many Hungarians, including the country’s growing non-European migrant community.

The comments were elaborated upon days later at a Conservative Political Action Conference held in Dallas. Orbán stated that the West is at war with itself and described an ideological ‘battle for Western civilisation’ that he said would be fought in Washington and Brussels. According to Orbán, there is a culture war taking place, with Hungary, cast as David, making a stand against ‘the woke globalist Goliath’. Orbán also referred to his bogeyman of choice, Hungarian born philanthropist George Soros, whom he claimed was helping to orchestrate the assault on traditional and conservative values.

Orbán’s polarising rhetoric is part of a strategy to use culture war frames to create a strong radical right political caucus in Europe and help the radical right achieve electoral success in the European Parliament elections in 2024. A strong radical right caucus in the European Parliament would be instrumental in achieving Orbán’s goal of frustrating European integration and efforts to uphold the rule of law. Sadly, given the prospects of a recession in Europe and the ongoing cost of living crisis, partly fuelled by the war in Ukraine, Orbán’s rhetoric could resonate with many across Europe who are susceptible to scapegoatism and the demonisation of minorities.

The European Union must not be complacent to the dangers of this threat. Punitive action has already been taken against Hungary in the form of withholding EU financial support on account of the country’s failure to comply with rule of law standards. Orbán himself takes pride in describing Hungary as an ‘illiberal democracy’. It is a place where corruption and political patronage is rife, and the media and judiciary are heavily tilted towards governmental interests.

Furthermore, minorities like LGBTQ groups are increasingly being demonised. Legislation has been introduced outlawing the sharing of information seen as promoting homosexuality among those under 18. In the words of András Léderer: ‘This is a blanket approval to treat LGBT people with discrimination, with hatred. The idea that being gay poses a risk in itself to people under 18 is such a horrible vicious concept… It will have tragic effects on the mental wellbeing of young LGBT people.’ Such measures and actions are pushing Hungary toward a legal collision with the EU.

However, the EU needs a clear plan of action that not only responds through legal measures, but which also has an economic and social dimension to pacify the growing anxiety born from economic crisis. Again, there are some promising signs. The presence of centrist and centre-left governments in France and Germany means there is growing impetus to move away from the EU’s previous ordoliberalist stance, and instead countenance more interventionist and redistributive economic policies. This change of direction is evident in the EU’s Covid Recovery Plan that seeks to inject approximately 800 billion euros into the European economy.

President Biden in the US has sought to introduce similar Keynesian stimulatory measures through his ‘Rescue Plan’, but a deeply divided Senate has sought to dilute and stall these measures and has in the process deprived Biden’s presidency of a sense of dynamism. This has benefitted Trumpism, which appears to be waiting in the wings to reclaim power despite the controversy generated by Trump’s insurrectionary ‘Stop the Steal’ campaign following his defeat in the 2020 presidential election. The EU needs to avoid a similar fate and may need to accelerate and extend its economic stimulus package.

EU leaders would do well to remember the concept of Social Europe, which was championed by the left in the 1980s with the aim of fashioning an EU centred on social and economic justice as opposed to neoliberal narratives exalting the market. Such sentiments had some part to play in the creation of the Social Chapter that sought to give protection to social rights and prevent a race to the bottom through economic competition in the single market.

However, a vision of a new Social Europe should also have a cultural dimension centred on radical conceptions of multiculturalism. Liberal multiculturalism has been derided for its superficiality and belief that cultural education in itself can address racism. Radical forms of multiculturalism foster genuine dialogue, deliberation and two-way change, recognising that identities can be fluid and shifting. It is a conception of diversity that believes human rights, rather than fixed and narrow interpretations of identity, should act as a compass and arbiter of race relations and national identity.

Radical multiculturalism is not confined simply to dialogue and legal protections, it also recognises the value of socio-economic change in the fight against racism. An example is the EU’s strategic framework to promote equality, social inclusion and participation of Roma. This seeks to tackle anti-Roma prejudice (antigypsyism) through deep analysis of the European cultural mindset that has ingrained anti-Roma sentiments, but it also applies more strictly the rule of law with reference to racism directed at Roma. In addition, the strategic framework seeks to greatly reduce Roma poverty through socio-economic interventions. This gives some valuable insights into new directions that the EU is taking to challenge injustice.

Aspirations for a new Social Europe can be seen as part of the enlightenment tradition, a tradition that has served Europe well in terms of science, knowledge production and the promotion of democracy and human rights. Conversely, the views expressed by Orbán are a form of counter-enlightenment thinking, where reason and compassion are cast aside. When this approach has prevailed in the past, its consequences, including the rise of fascism in the inter-war years, have been deeply tragic. It is a trajectory that progressives at all costs must challenge.

A new Social Europe with genuine answers and solutions to economic ills, encompassing civic forms of national and European identity, and cherishing the best of tradition while discarding traits that oppress, is Europe’s best hope in this moment of cultural, political, and economic existential crisis. As an Englishman who has made Hungary my home and raised a family here with a Hungarian partner, I can say with confidence that many in Hungary will not cease to fight for the Hungary and Europe we love and believe in. We are patriots, too.

Andrew Ryder is an Associate Professor at Eötvös Loránd University in Budapest and author of The Challenge to Academic Freedom in Hungary: A Case Study in Authoritarianism, Culture War and Resistance (De Gruyter Press). 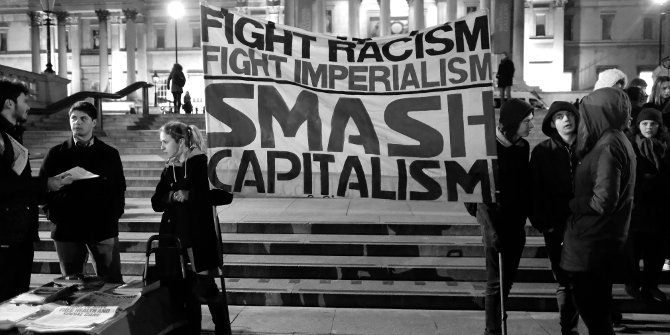