The Swedish general election held on 11 September produced a small majority for the opposition right bloc. Jonathan Polk assesses what the results mean for Swedish politics.

The Social Democratic Party received the most votes in the Swedish parliamentary election held on 11 September 2022. The party, in government since 2014, even increased its vote share to 30.3%, up two percentage points from the previous election in 2018.

Yet the focus of attention in Sweden has been on the continued rise of the anti-immigration Sweden Democrats, a far-right party that has expanded its vote share from 5.7% in 2010, the year of its electoral breakthrough at the national level, to 20.5% in 2022. In just over a decade and only four electoral cycles since first entering parliament, the Sweden Democrats have gone from a marginal, ostracised party to the second largest party in Sweden and the largest party of the right bloc. But it is the centre-right Moderates, now the third largest party, that will in all likelihood get the first chance to form a government.

Despite her party receiving the most votes, Magdalena Andersson, the leader of the Social Democrats, announced on Wednesday night that she will step down as prime minister today. There are eight political parties currently in Sweden’s legislature, the Riksdag, and the same eight parties crossed the electoral threshold for representation in the next legislative term.

Of these eight parties, four supported Andersson for prime minister: the Social Democrats (S), the Centre Party (C), the Left Party (V), and the Greens (MP). The 349 seats in the Riksdag, require 175 for a majority, and although the initial exit poll indicated a slim majority for this red-green bloc, as vote counting continued the results swung to a bare majority for the opposition right bloc.

The largest party of the right bloc up until this year was the Moderates (M), led by Ulf Kristersson. Alongside the Moderates, the right bloc also contains the Sweden Democrats (SD), Christian Democrats (KD), and Liberals (L). With 99% of the votes counted, this four-party opposition bloc has 176 seats, just one more than the amount necessary to support a change in government.

A gap of just 50,000 votes separated the two blocs on election night. This was fewer than the 97,724 votes going to parties that did not reach the electoral threshold, and fewer also than the 92,000 people currently waiting for decisions on citizenship applications from the migration agency.

The campaign was contested on ground favourable to the Sweden Democrats, with a focus on violent crime, issues of law and order, and the challenges of social segregation. Given a campaign surrounding topics emphasised by the political right, high levels of inflation and electricity prices, and two terms in government, it is all the more remarkable that the Social Democrats received more votes in 2022 than they had in 2018.

Kristersson and the Moderates are set to receive the first opportunity to form a government even though the party received fewer votes than the Sweden Democrats. This is because of the lingering ambivalence of the other Swedish parliamentary parties towards the extremist roots of the Sweden Democrats, a party with a fascist and white nationalist history.

Prior to the election, the Moderates, Christian Democrats, and Liberals all indicated that while they were now ready to rely on support from the Sweden Democrats to form a minority government, they were unwilling to formally bring the party into government and allocate it ministerial portfolios. It remains to be seen if the parties will continue to hold this line after the Sweden Democrats’ strong showing at the ballot box, but it highlights the reluctance of the other parties to support the party’s leader, Jimmie Åkesson, as prime minister.

If, however, the Sweden Democrats are relegated to the role of a support party for a minority right-wing government headed by Kristersson, the policy concessions demanded by Åkesson will be considerable, given the Sweden Democrats’ electoral strength. But such concessions would in turn generate strain within the right bloc, particularly for Liberals, the smallest parliamentary party, which just cleared the 4% threshold for representation in the Riksdag.

The Liberals spent much of the last three years in existential deliberation about the direction of the party, frequently falling below 4% in the opinion polls, before finally deciding to join the Moderates and Christian Democrats in campaigning for a right-wing government with the support of the Sweden Democrats. This decision split the party and with only a one or two seat margin, Kristersson would have little if any room for dissent in such a governing coalition. While the government formation process may not take the 134 days it did following the 2018 election, an unusually long time in Sweden, it will likely still be complex and difficult this time around.

Important actors to watch in the next legislative term include politicians from the Liberals, Centre Party, and Sweden Democrats. As mentioned, the Liberals remain internally divided on collaboration with the Sweden Democrats and one or two Liberal members of parliament could make the difference between legislative success or failure for a right-wing government. That said, the party barely crossed the 4% threshold and it is unlikely to be eager for early elections to be called, which could hold back any voices of dissent within the party for the time being.

Unlike the Liberals, who broke to the right, the Centre Party, also a former member of the Alliance, chose the opposite direction, categorically refusing to work with the Sweden Democrats and instead supporting an Andersson-led Social Democrat government. The Centre Party’s 6.7% of the vote in 2022 represents a decline of nearly two percentage points and the association with the red-green bloc generated tension within the party’s right-wing.

It remains to be seen if the underwhelming showing at the polls in 2022 will empower voices calling for a different direction for the Centre Party. One complicating factor is the party’s long journey to becoming a solidly socio-culturally liberal party over the past twenty years, making any collaboration with the Sweden Democrats quite a challenge (though a challenge the Liberals appear to have embraced).

Finally, the behaviour of individual Sweden Democrat members of parliament could have considerable consequences. In an attempt to detoxify the party, Åkesson and the Sweden Democrats have expelled party members for overt extremism and racism in the past. With its largest parliamentary delegation yet, it will be important to see if the party and its individual members of parliament are able to avoid scandals or other actions that could jeopardise its capacity to implement preferred policies.

The Social Democratic minority governments that followed the 2018 election were weak, strained by large ideological differences between support parties. With what is currently a two-seat margin for error and a stridently anti-establishment, nativist party as the largest parliamentary force in any right-wing bloc, the new government could face an equally tenuous arrangement.

Alternatively, we may see a further consolidation of the right-nationalist tone of the 2022 campaign in the ideology and policymaking of the incoming government. These developments will have additional consequences for Europe given Sweden takes over the presidency of the Council of the European Union in January 2023.

A version of this article originally appeared at whogoverns.eu

Jonathan Polk is an Associate Professor at Lund University. 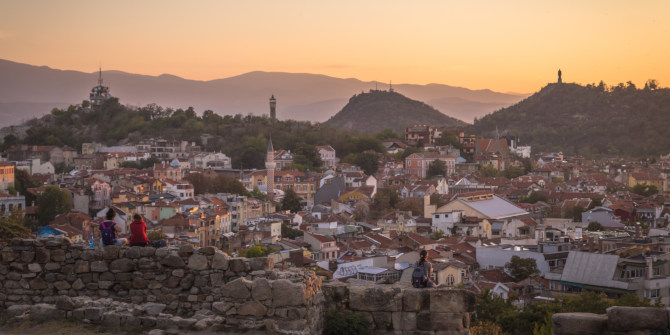 Why ethnic politics can act as a check on democratic backsliding