The High Representative for Bosnia and Herzegovina, Christian Schmidt, announced a series of constitutional changes shortly after polls closed for the country’s general election on 2 October. Ivor Sokolić assesses the impact of the surprise announcement and what the changes are likely to mean for the country’s future.

The recent elections in Bosnia and Herzegovina once again confirmed that ethnonationalism dictates the country’s politics. The results indicate that nationalist parties have managed to entrench their hold on power, much as they have before.

However, the big surprise came just as the polls closed, when the High Representative for Bosnia and Herzegovina, Christian Schmidt, the person in charge of enforcing the civilian dimensions of the Dayton Peace Agreement, announced that he would be implementing constitutional changes. These changes, coupled with the election results, will not only further entrench ethnonationalist politics but also diminish the credibility of the democratic process.

The High Representative’s announcement indicated that he would use his powers to enact a raft of changes to the way politics functions in the Federation of Bosnia and Herzegovina. These changes relate to the upper house of the entity’s parliament, the House of Peoples of the Federation of Bosnia and Herzegovina, as well as to how its delegates are chosen.

In effect, Schmidt changed the rules for voting mid-election, after parties had campaigned under the old system and citizens had already cast their votes. In doing so, he argued the changes were meant to improve the functionality of institutions and better allow the public to be heard. They were also intended to help prevent ethnic parties from blocking the functioning of the entity’s institutions, as the main ethnic Croat party in the Federation of Bosnia and Herzegovina, HDZ BiH, had previously done.

Some actors, such as the US Embassy, expressed support for the decision on the grounds it might help achieve more efficient governance. Many, however, were critical. EU chiefs distanced themselves from the decision and it was described by others as ‘illiberal’, ‘disrespectful’ and ‘undemocratic’. In contrast, Croat politicians in Bosnia, as well as Croatian elites in Croatia (including the Croatian Prime Minister), welcomed the decision as they view it as a protection of Croat rights.

In a country still undergoing a difficult process of democratisation that has been driven in part by outside intervention, it is hard to see how such arbitrary decisions by the High Representative will help garner any faith in the democratic system as it has been presented to the public in Bosnia. It is not democratic to change the rules of government formation just as voters finish voting. This would not be deemed acceptable in any other liberal democracy, so why should it be acceptable in Bosnia? It also suggests a colonial dimension to the relationship that the international community has with Bosnia.

This may be an issue of how the changes were presented rather than a problem with the changes themselves. The system is undoubtedly dysfunctional. The improvised system that was put in place following the war was perhaps fit for the purpose of ending a conflict, but it is not fit for the country today. It is complex, ethnically-centred and requires wholesale change, rather than the small and disjointed changes that have so far been implemented. However, there is an inherent instability in the system and drastically changing the system would threaten the power and wealth of the elites who have entrenched themselves in it. This risks destabilising the country, which is already at its most fragile since the 1990s. This is why many international actors prefer to work within the existing framework.

Since the changes were incremental, they were interpreted within the dominant ethnonationalist frame. Critics accused the High Representative of colluding with the Croats and most Croat parties welcomed them. The changes show that politics in Bosnia continues to be seen as a zero-sum game for ethnic domination. The changes also seem to reinforce the ethnic framework that favours large ethnic parties, thereby removing space for any parties that operate outside of the ethnic framework or any ethnic groups outside of the three main ones. They have thus solidified Bosnia as a country of Bosniaks, Croats and Serbs, with little space for any other type of identity (including a Bosnian one).

It is hard to see how the election or the High Representative’s changes will be able to transform the current political framework or make it any easier for ordinary citizens to enact political changes. Tensions in the country have been increasing and, given the main political options in Republika Srpska are both outwardly nationalist, it is likely that tensions will continue to increase. External interventions are not helping. Both Croatia and Serbia continue to meddle in internal Bosnian affairs and Russia is happy to stoke divisions in the country.

There are nevertheless some positives. Pro-EU politicians now hold some power. Potential EU accession, although a long way off, may help governments hold a consistent transformative policy agenda (this, for example, worked in Croatia from 2000 until they joined the EU in 2013). Here, the EU can present itself as a partner rather than a colonial ruler. The High Representative’s changes may help government function more smoothly, which may allow for further changes to occur.

However, for this to be the case, attempts to slowly change the ethnic framework will need to be abandoned in favour of a more significant paradigm shift. And the people of Bosnia will need to be treated with the respect required to instil belief in the democratic process.

Ivor Sokolić is a Lecturer in Politics and International Relations at the University of Hertfordshire and a Visiting Fellow at the LSE's European Institute. 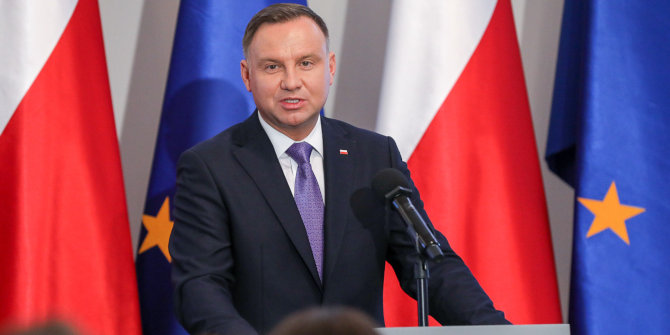