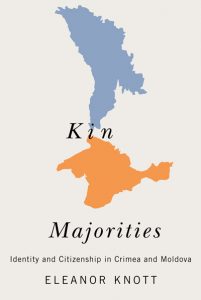 Q: Why did you choose Moldova and Crimea as your case studies?

I’ve been fascinated by Moldovan society and politics for a long time. Moldova is a plural, multi-ethnic and multi-linguistic society. Moldova is often described as a contested borderland – now located between Romania and Ukraine, having been annexed by Tsarist Russia, Greater Romania and then the Soviet Union.

Today, many things remain heavily disputed and politicised – the name of the state language (Romanian or Moldovan?), whether a Moldovan nation separate from Romania exists and radically opposing interpretations of history. Even the name of what to call history textbooks in Moldova has been debated.

Around the same time, while learning Russian, I read a lot about Crimea. Crimea seemed to be demonstrating many of the same phenomena as Moldova – a majority claimed as co-ethnic by an external kin-state (Russia in the case of Crimea). For this reason, I developed the concept of a ‘kin majority’ and decided to compare these two kin majorities, Moldova and Crimea.

Q: Some readers may assume that kin-state citizenship was seen as more desirable and legitimate among the population of Crimea than Moldova pre-2014. How did your research come to challenge this assumption?

But almost from the moment I started pre-fieldwork in Crimea in 2011, I realised that acquiring Russian citizenship was an absent practice in Crimea, at least among anyone I ever met. I observed how unpopular, inaccessible and undesirable Russian citizenship was in Crimea, unlike Romanian citizenship in Moldova. I also observed how complex and contested Russian identification was in Crimea, which was more similar to the multifaceted forms of Romanian identification in Moldova. Though maintaining the comparison, I had to entirely reshift my project to address how and why citizenship might be both popular (in Moldova) and unpopular (in Crimea).

Kin Majorities is, therefore, as much about challenging my own assumptions and charting how they shifted, as it is about challenging assumptions around the so-called popularity of Russian citizenship before Russia annexed Crimea in 2014. It is also telling a different story, rooted in the stories people were telling me about why they saw Russian citizenship as inaccessible, illegal and undesirable.

Q: What role has EU membership and Europeanisation played in kin-state policies and practices in your case studies?

Europeanisation, and Romania’s EU membership, has played a significant role in Moldova. Romania is Moldova’s main advocate in the EU. But Romania’s accession to the EU also peripheralised opportunities for Moldova’s citizens. Before EU visa liberalisation in Moldova in 2014, Romania’s accession path marginalised Moldovan citizens’ access to Romania. Moldovans never needed a visa – or even a passport – to visit Romania before 2002. After 2002, Moldovan citizens required a visa. They needed to prove a large amount of money in a bank account. For many, becoming a Romanian citizen was not only easier than securing a Romanian visa, but it was also more humanising.

Q: You undertook interviews in both Crimea and Moldova for your study – did you encounter any challenges? Would such an approach be as feasible today?

Doing this kind of intensive fieldwork requires language skills. Sometimes participants called me out, understandably, for not being good enough in Romanian or Russian. I tried but struggled. And it was often exhausting work (especially during an unseasonably cold winter in Crimea in 2012, where I did not bring shoes for snow).

Fieldwork involves you putting yourself outside your comfort zone by engaging with strangers. Sometimes it works, and sometimes the interview just does not go well. The main thing is learning from the experience. It is important to be adaptive to learning how to approach the interview – what questions are infused with misleading assumptions that should be scrapped, which questions need to be reframed and where and on what to probe beyond the surface.

Then there are the challenges of being a lone woman doing fieldwork. Most of my fieldwork was a positive and enjoyable experience. I was lucky and never experienced harm or felt that unsafe. But I did encounter some weird moments, including with (male) participants, that made me feel uncomfortable. I also had some odd interactions, say with a taxi driver who was intent on asking about my romantic life.

When I began the fieldwork, I had not anticipated or planned for any such risks or moments of discomfort, because I was naïve and because such experiences then were rarely discussed. Today it is more common to talk about the challenges of fieldwork, in particular for women who face different, and in many contexts greater, risks of physical, psychological or sexual harm, harassment or violence.

Risk is experienced differentially, intersectionally and in a context-dependent way. In these contexts, my experiences would have been different, and may have been more fraught, if I was a woman of colour and/or from the LGBTQI+ community. We need to normalise talking about risks both to participants (a common ethical concern) but also to ourselves as researchers, and humans, as well as how these are experienced intersectionally.

Turning to today, Moldova is still a great place both to visit and conduct research. I thoroughly recommend it! But unfortunately, I would advise against any kind of fieldwork in Crimea, no matter the content or who you are. Since Russia’s annexation of Crimea in 2014, it would be entirely unsafe for participants (and me) to ask the kinds of questions I asked in 2012 and 2013 on identity, citizenship and territorial preferences.

I remain indebted to the people in Moldova and Crimea who graciously spent their time in interviews with me and, in particular, to those who opened their homes to me as hosts.

Q: Your research combines a bottom-up and comparative approach. What was the value of this methodological combination?

When I started, it felt like I was doing something rare and unusual: combining the depth of a bottom-up approach, focusing specifically on meanings and practices, with the breadth of a cross-case comparison. More typically, comparison studies outcomes (at least in political science). The researcher selects cases to work with to explain similar outcomes among different cases or different outcomes in similar cases. In my project, there was no outcome to be explained; instead, I was interested in capturing meanings and practices, and following how these intersected and varied within and across Moldova and Crimea.

I always envisaged this project as comparative, as benefiting from the juxtaposition that a cross-case perspective could provide. I still feel like this approach was of huge benefit to the project, where a comparison is more than the sum of its component parts. In particular, I emphasise the value of learning from each case by creating a dialogue between Crimea and Moldova. For example, noting these cases’ surprising convergences and divergences was immensely beneficial to the project, conceptually and theoretically. And I now teach this approach alongside more ‘traditional’ modes of comparison at LSE.

Today, students and scholars can learn and be guided by more and more people, including in political science, doing this kind of work. It’s refreshing and exciting to see this open up as an opportunity and a research design in its own right through the edited volume, and other publications, by Erica Simmons and Nicholas Rush-Smith. I’m almost jealous that students can now benefit from this text in the early stages of their research design (!), having felt quite alone in the early stages of my research.

Note: This interview originally appeared at our sister site, LSE Review of Books. The article gives the views of the interviewee, not the position of EUROPP – European Politics and Policy or the London School of Economics. The interview was conducted by Dr Rosemary Deller, Managing Editor of the LSE Review of Books blog. The photos featured in this article have been provided by Dr Eleanor Knott and should not be reused without permission.

Eleanor Knott (she/her) is a political scientist and Assistant Professor in Qualitative Methodology in the Department of Methodology, at the London School of Economics. Her first book, Kin Majorities: Identity and Citizenship in Crimea and Moldova, was published by McGill-Queens University Press in 2022. 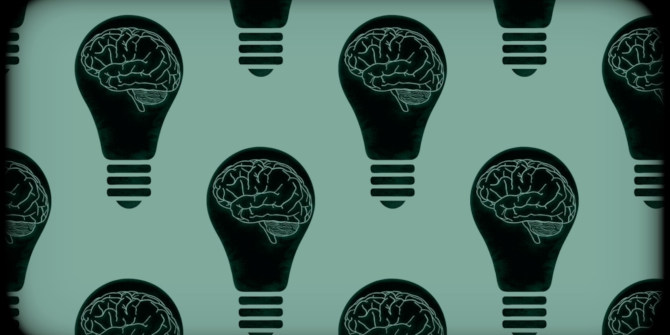