As Europe becomes increasingly diverse, having more people from a wider array of backgrounds in positions of power at the local level could help make political systems more open, fairer, and better equipped to deal with today’s urban challenges, writes Francesco Ripa. Yet, a new survey of 166 European mayors reveals a striking lack of diversity in terms of gender, age, and ethnic background.

Try to picture a mayor. What do you see? If you live in a European city, chances are that you are picturing a white man in his late fifties or early sixties. This is (slowly) changing, but the road ahead is an uphill climb. As part of a programme of engagement and research supported by Bloomberg Philanthropies, I have been part of a team of researchers that has looked at how European cities are addressing their most pressing challenges, and have started to build up a picture of who is leading Europe’s largest cities.

Mayors do matter. Research conducted by LSE Cities for the European Environmental Agency shows that individual political leadership is one of the most crucial factors driving the environmental sustainability transition in cities. Mayors throughout Europe are fighting for more accessible housing, better air quality, more green spaces and more sustainable mobility. They can serve as role models, break down barriers across societies and change public attitudes.

At a time when European populations are becoming more diverse, having more people from different backgrounds in positions of power at the local level can help make our political systems more open, fairer, and better-equipped to deal with the challenges that our cities are facing.

Building the identikit of the European mayor

In the first iteration of our research, we focused on 166 cities with more than 200,000 residents from 40 countries. If we were to take a group photo of their mayors, the lack of diversity would be striking. Indeed, out of the 166 cities included in our database, only 31 are led by women. Seven come from an ethnic minority background. Six are 40 years old or younger.

Let’s start with gender. Some of Europe’s largest and most prominent cities are led by women. People in Barcelona have had an alcaldessa – feminine for ‘mayor’ in Catalan – since 2015, when Ada Colau was first elected. In Paris, Anne Hidalgo has been the mayor since 2014. Female mayors are leading capital cities such as Berlin, Amsterdam, Stockholm, Copenhagen and Oslo, as shown in Figure 1. 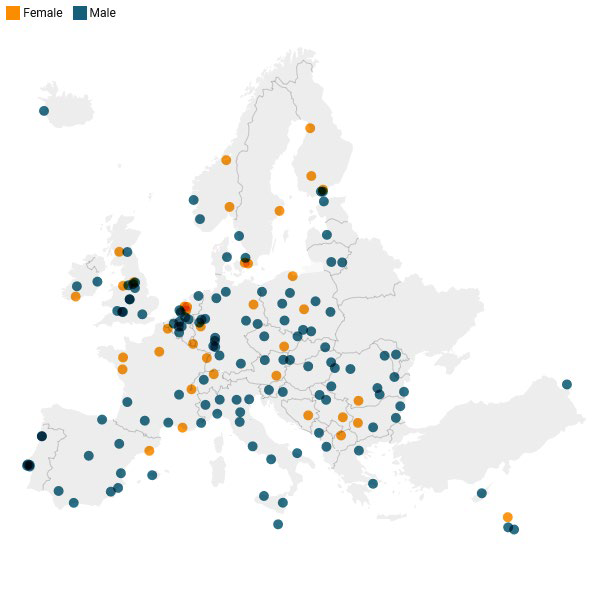 However, when we look at the whole European continent, the numbers are grim. According to a 2019 report on women in politics by the Council of European Municipalities and Regions (CEMR), only 15% of European cities are led by women. There has been some progress in the past ten years, but the pace has been slow. Women still face social, cultural and institutional barriers to entering politics, both in local and national government. 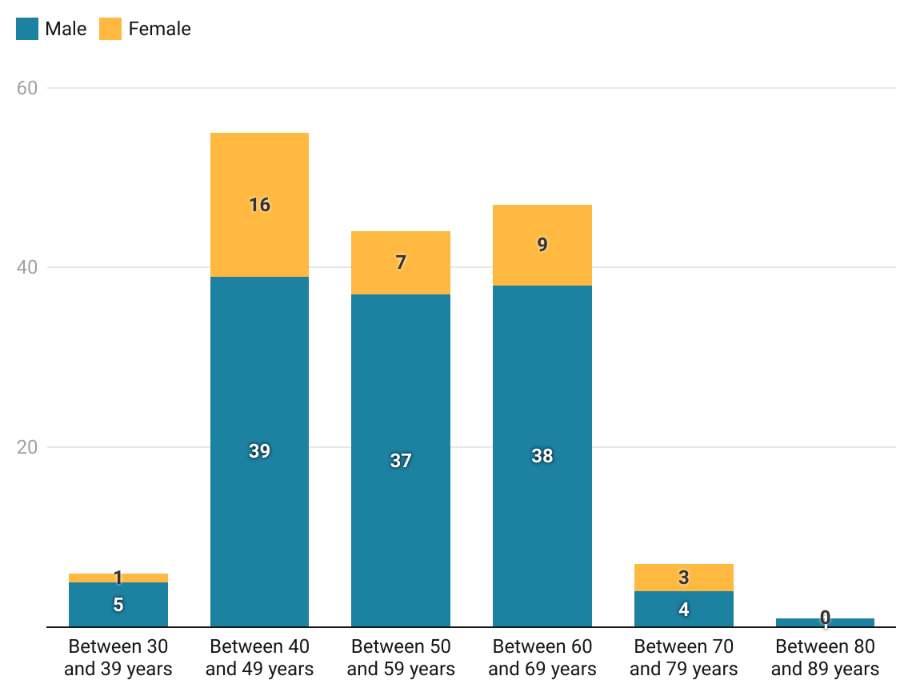 Women mayors tend to be slightly younger than their male counterparts, with 31% of them being between 40 and 49 years old. The youngest mayor in our sample is also a woman – Benjamina Karić, born in 1991, who has been serving as the Mayor of Sarajevo since 2021.

Proponents of greater representation for young people in local politics argue that younger candidates can bring fresh perspectives into local political debates and are better placed to assess the impact of policy decisions on future generations. However, only 3.6% of the mayors in our study are 40 or younger – in Yerevan, Timisoara, Oradea, Cardiff, Zagreb and Sarajevo. (Mayors in their 40s represent one third of our sample, leading 55 cities out of 166).

One reason for the over-representation of middle-aged mayors could be the financial resources and connections they have accumulated, as Kristof Stevyers and Lluis Medir highlight in a study on the social background of European mayors. Men in their 50s also have more time on their hands, having reached their professional peak and being freer from childcare duties and responsibilities. These reasons can help explain why younger people face higher barriers to entering local politics. 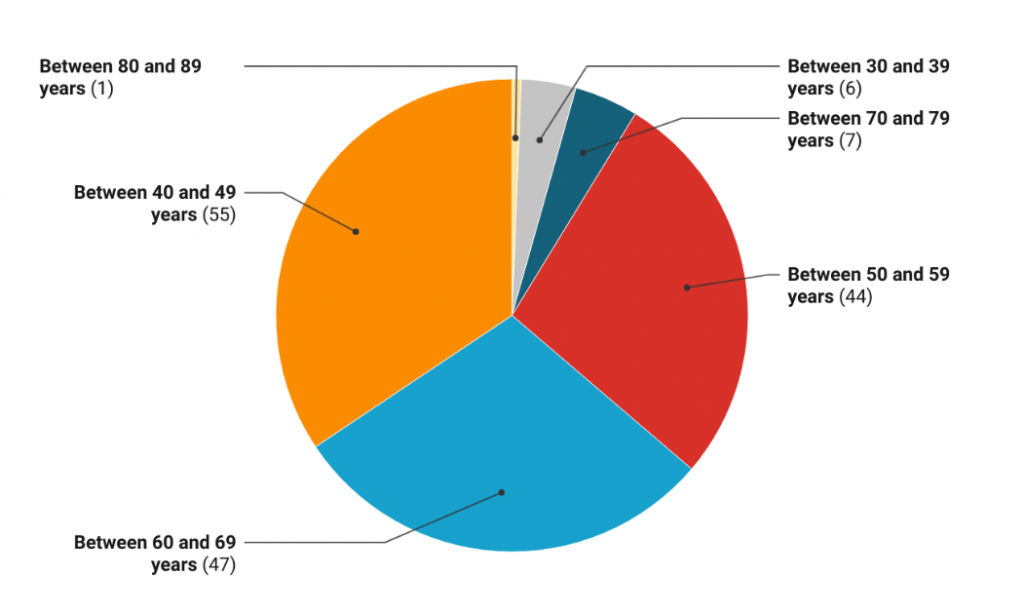 Finally, there is ethnicity. Cities tend to be more ethnically diverse, yet only 4% of mayors in our sample are from an ethnic minority background. These mayors lead cities in the United Kingdom (London, Bristol, Kirklees, Liverpool), Benelux countries (Rotterdam, Leuven) and Estonia (Tallinn). Interestingly, all of them are from centre-left parties or coalitions. 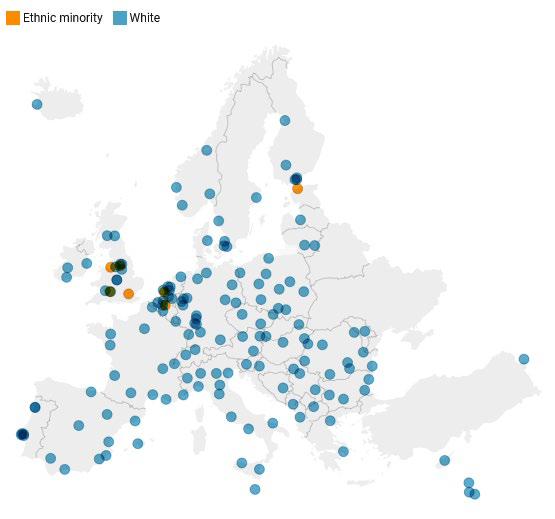 In the United Kingdom, ethnic minorities make up just under 15% of the population. However, according to the ethnicity facts and figures released by the UK government in 2018, this share is much higher in urban areas. Comparing data on ethnic diversity in Europe is challenging due to a lack of standard data collection practices. Most European countries only collect information on migrant status, such as the country of birth and year of arrival, with very few gathering additional information on race and ethnicity.

Studies conducted on diversity in the private sector show that businesses with a greater representation of women, ethnic and cultural minorities in leadership positions perform better. Organisations that are open to talent from all backgrounds draw on a wider pool of expertise and perspectives, which can improve decision-making. The presence of elected politicians with more varied life experiences and backgrounds can make our democracies more trustworthy, effective and fair.

Against this backdrop, with Europe – and in particular European cities – becoming increasingly diverse, we may be storing up trouble if our city leadership does not follow suit. In June 2022, municipal elections were held in Italy, with 26 local authorities renewing their leadership. Only three women were elected, in Cuneo, Piacenza and Viterbo (none of which were included in our sample as they all have populations below 200,000). The newspaper La Repubblica ran an article titled “[Female] candidates maybe, elected never”.

According to the CEMR study on women in politics, despite the small increase in the political representation of women in Europe in the last decade, at the current rate it would take 107 years to close the gender gap. In 2023, cities in several European countries – including Greece, Italy, Poland, and Spain – will be holding elections. Will this be an opportunity to make European city leadership more diverse?

This article is based on research conducted by LSE Cities, an international centre that investigates the complexities of the contemporary city, as part of the European Cities Programme, a research, engagement and capacity building programme on the future of European cities supported by Bloomberg Philanthropies.

Note: This article gives the views of the author, not the position of EUROPP – European Politics and Policy or the London School of Economics. Featured image credit: Nick Fewings on Unsplash

Francesco Ripa is a Policy Manager at LSE Cities. 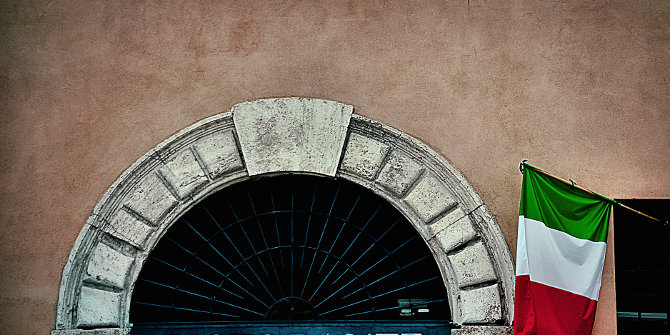