Researchers examining urban riots or unrest constantly face questions about the motivations behind and impact of their work. These questions verge on the existential, because questioning a research topic essentially interrogates researchers’ role and existence as social scientists. With reference to two project examples from Athens, Greece, the author attempts to show how he has so far tried to grapple with such questions.  Researching closely and drawing conclusions from distance: this has been a personal model of adjustable distance to the author’s research subjects, a strategy that seem to have somehow worked for the time being, writes Antonis Vradis.

The question that this blog raises verges on the existential: why would one ever want to study urban riots or unrest? And for what purpose? Prior, during and following my PhD research, this was the question I was faced with, time and time again—from quietly asking myself to being asked aloud in seminar rooms and lecture theatres. If I was ever going to progress with studying these “ticklish subjects”, as Žižek (1999) would have put it, it quickly became evident that I would have to come up with a convincing enough answer.

I was kindly offered an opportunity by Gunter Gassner, Adam Kaasa and Katherine Robinson in Writing Cities II (2012) to  address the question. Yet this attempt was partial, as I consciously chose to focus on  methodology: both the methodological obstacles in studying something as dangerous and as dubious as riots, but also the ways in which my methodological choices might be able to offer in return. Would these methodological choices allow me to bypass the elementary question of why one would choose to study riots at the first place?

In the opening I claimed that the question verges on the existential, because questioning a research topic essentially interrogates researchers’ role and existence as social scientists. Things do not become any easier by the fact that I am someone who was, and remains active in political mobilisations within and beyond Greece. The existential knot tightens: for whose benefit would my research be conducted? From what standpoint should it take place? All these questions, as I try to explain in this blog, drip down to a singe, straightforward one: who is talking to whom, from where, and why?

I put forward two examples in my attempt to show that the above question is extremely important and to illustrate how I have so far tried to grapple with it. First, the example of my doctoral research: this comprised a study of the concentration of riots and other forms of mass unrest in the neighbourhood of Exarcheia during Greece’s post-dictatorial era (the so-called Metapolitefsi). The second example is that of my current research: as part of crisis-scape, I have been looking at the seething tensions in the everyday lives of Athenians engulfed in the still ongoing financial crisis in Athens. Consciously, I have moved from the extrovert to the introvert; from the outbreak of publicly displayed, collective violence to the intake and the internalising of structural violence at the individual level. In many ways, the two topics could not be further apart. Yet in many other ways, their essence—and along with it, the moral and ethical issues they both raise—are strikingly close.

Let me start with the riots in Exarcheia. Before embarking on my fieldwork, I had somewhat naively believed that the most troublesome would be the questions of health and safety, concerning my own, physical security. If only it was so! Soon enough, in the field, two key questions arose: the question of researcher position (from what angle was I to write the story of riots in Greece) and second, not at all unrelated, the question of use (for whose benefit would this story be told). In thinking of the two, the words of an article by Eyal Weizman (2006) frequently echoed in my head. The article had struck me as a perfect example of all that can go wrong in our research: the Israeli Defence Forces (IDF), explained Weizman, had been using the work of cutting-edge critical philosophers—most prominently Deleuze and Guattari—in order to perfect their “art of war”; their conceptual tools used as perfect supplements and inspiration to the mechanical tools that would go about destroying the livelihoods of thousands of Palestinians. Then, to write about the riots in Exarcheia in any way that could potentially betray the trust of my informants would be catastrophic. Their personal safety could be compromised, and my research overall could come in as a game-changer in what was actually happening in the neighbourhood. Strikingly against all the recent Research Council-speak of research with an “impact”, this was most definitely not the kind of impact I would like to have achieved.

What, then, could be the solution? In the case of Exarcheia, I found a way out through distance; by placing the events that I was studying in a much bigger, social and political perspective. The riots of February 2012, or the “everyday” riots of a Friday night in Exarcheia were never studied for their position in their urban fabric, where the rioters chose to start their action from, or how the police responded, adequately or not. There was none of these. Instead, they all became words in the much wider and longer articulation of Greece’s “spatial contract”: instead of morally judging what the rioters were doing (or how the police were responding, for that matter) I placed the concentration of riots in this specific Athenian neighbourhood (Exarcheia) in a much wider historical perspective, trying to comprehend what this concentration meant for the social and political equilibrium of Greek society during the period I was researching, that is, the country’s entire post-dictatorial era. Let me give an example. In the conclusion of the bulk of my ethnographic observations, I consciously avoided making judgement of either of the social or political actors active in Exarcheia, opting to understand, and in turn explain, how their combination turned the neighbourhood into a unique “whirlwind of stability”:

What runs as a common theme, however, is that the multiplicity of social actors per se would always allow a power equilibrium of some type. Put more simply: there were merely too many different social and political actors for Exarcheia to ever tip entirely toward one end of the spectrum (total chaos, or total order, a balancing out through sheer multiplicity of actors). Rather, it would always spatially articulate an equilibrium — not in the sense of a ‘sum of all things unequal’, but a balance that was inherently fragile; a weight waiting to tip at the slightest shift in the power of any of the social actors involved. And so, through the post-dictatorial Greek years, and even through the year-and-a-half of my fieldwork, the added multiplicity of social actors active in Exarcheia in fact granted that the balance of power in the neighbourhood would become more complicated, but at the same time would change too rapidly for the neighbourhood itself to change: amidst a whirlwind of social, political and economic change on the national scale, Exarcheia remained this whirlwind of stability (Vradis, 2013: 168-169)

In this sense, the type of distancing that I tried to apply during my doctoral research extended significantly beyond a mere anonymising of my interviews and other techniques that would ensure ethnographic integrity. In addition, this distancing concerned an attempt to pull myself back and away from the everyday reality I encountered in the neighbourhood and to understand both its change (or, as it so happened, the lack of such change, the remarkable status of “whirlwind of stability” described above) over a long historical period. At the same time, the role the neighbourhood itself would come to play in this historical period in turn.

The second example is one from my current research: Mass Transi(en)t is an ethnographic study of a quintessentially prosaic urban space: the Athenian metro. Through interviews and photographic documentation in the metro’s carriages and waiting platforms, the project traces the sweeping changes currently underway in Greek society through these seemingly mundane and minuscule everyday interactions: it tries to understand the cataclysmic force of history through its traces upon the most mundane of spaces, spaces of mass transit. Here, again, the ethical question has for a large part dictated the research outcome: while I conduct interviews in these spaces of mass transit, it has been my explicit intention not to personalise what is a wider social and political crisis so that the identity and the dignity of my informants can be protected. Instead of adducing personal stories, even though I do know them, I have chosen to step back and to understand what these personal breakdowns can tell me about a much wider, social breakdown.

I am not proposing, in neither case, an approach to social science research that would be hands-off, that would study its “ticklish subjects” from safe enough distance. To the contrary: in both cases, I chose to study my subjects as close as possible. However, when it came to the “therefore” moment of outlining the findings and inadvertently justifying the whole purpose of the research, I chose to take a good few steps back and to position the acts of my research subjects in the era to which they belong. Researching closely and drawing conclusions from distance: this has been a personal model of adjustable distance to my research subjects, a strategy that seem to have somehow worked for the time being. I would be thrilled to hear others’ experience and take on the subject.

Vradis, A. (2013) Patterns of contentious politics concentration as a ‘spatial contract’: A spatio-temporal study of urban riots and violent protest in the neighbourhood of Exarcheia, Athens, Greece (1974-2011). Unpublished PhD thesis. London: London School of Economics

Vradis, A. (2012) Wri(o)ting cities: some candid questions on researching and writing about urban riots. In Gassner, G., Kaasa, A. and Robinson, K. (eds) Writing Cities Working Papers Vol. 2: Distance and Cities, Where Do We Stand? London: LSE Cities

Antonis Vradis is a research fellow at crisis-scape.net, working on Mass Transient, an ethnographic study of spaces of mass transportation in Athens. As of June 2014, he will be a junior research fellow at Durham University. His PhD thesis, defended and awarded in March 2013 (LSE Geography), studied the remarkable concentration of riots in the small Athenian neighbourhood of Exarcheia during Greece’s post-dictatorial era as a type of a ‘spatial contract’: rather than signalling a type of discord, the concentration of mass violence in Exarcheia through time is hereby conceived as the spatial articulation of a certain form of consensus between Greek authorities and their subjects.

For citation: Vradis, Antonis (2014) How close before you burn? Questions of ethics and distance in researching crisis and unrest. Field Research Method Lab at LSE (2 May 2014) Blog entry. URL: http://wp.me/p46hMd-6a 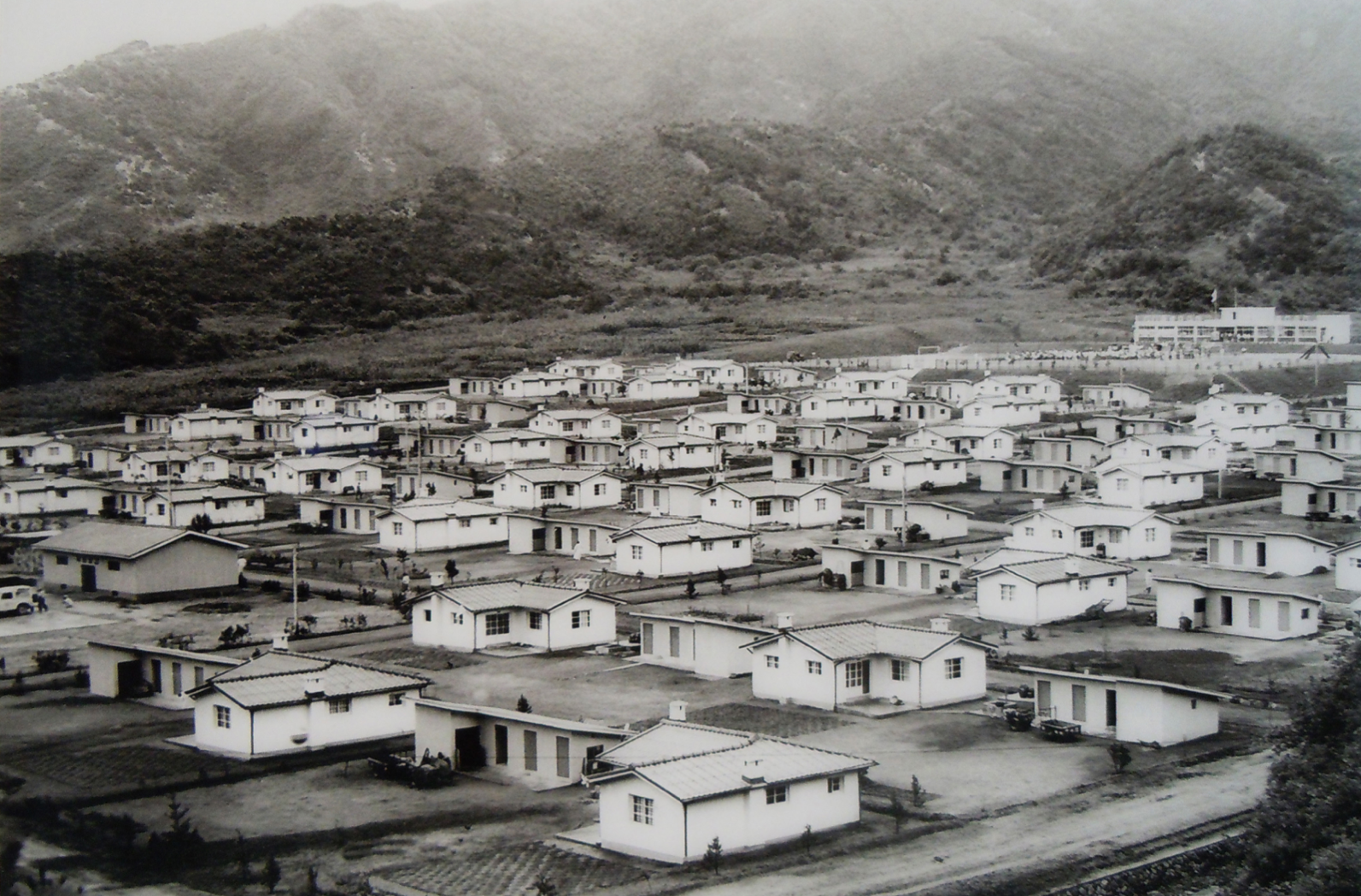