This contribution reflects on the experiences of a four month stint of ethnographic fieldwork conducted in Islamabad, Pakistan. It is a case of ‘fieldwork at home’, with serious concerns of positionality, established assumptions, and using a qualitative methodology. Although I had read quite extensively on what to expect, believed I was prepared for the unexpected, it was a jarring experience to see things I had once been used to with a critical ‘researcher’s eye’. Factors like natural gas shortages, blisteringly cold winter days and an environment of anxiety and fear caused by instances of terrorist activities slowed my fieldwork and crept into all my encounters with the participants. Even though I was studying the effects of regional and national processes on local events and individual decision-making, the extent and quality of the effects was unsettling. My assumptions about my city, the people I was working with, and more importantly, their knowledge and assumptions about me, were a constant reminder about the fragility of my position in the field, writes Saher Hasnain.

‘You’ll figure things out when you’re there’.

I heard this quite often while I was preparing to go for my fieldwork. I had been reading quite a bit on qualitative fieldwork, ethnography, and participant-observation and was speaking to as many researchers about the ‘fieldwork experience’ as I could. Even though I was going to my hometown and would be talking with people I identify with, I was very nervous about my first experience with qualitative fieldwork. I was ready to expect the unexpected, knew whom to talk to in case things started to go south and was prepared to keep an open-mind about where the research would take me to. While the experience was markedly different from what I had anticipated, I am very glad I had been prepared to let events take their course and willing to experience my ‘home’ environment as a researcher.

My research focuses on the food-secure urban population of Islamabad, Pakistan. For the purposes of the research, ‘food-secure’ was defined as the section of the population who have purchasing power, mobility and sustained physical and economic access to adequate amounts of culturally appropriate, nutritious and safe food. This research explores perceptions and experiences of food-related health issues of the self-identified ‘middle-class’, in a country where economic and political troubles, terrorism and sectarian violence, issues of scarcity and natural disasters frequently color everyday decisions about consumption. An ethnographic and participant-observation based approach meant that I would need to be in frequent and sustained contact with my participants. However, the ‘usual’ culture of research in the country meant that whenever I started to speak about my project, I was always asked for a form, a survey or list of questions. One of the major stumbling blocks in almost every encounter was to explain that I wasn’t using surveys and my research would ask for a lot more detail and contact than written interview questions.

My position as a researcher in the field was a major concern I had to contend with. While I was Pakistani, a long-term resident of the city and a female, I was concerned about the assumptions that I was bringing into the field. I did not have the same issues of class and gender, as mentioned by Yang Shen, but I had to be very careful with my own presentation and background when meeting and speaking to new people. As mentioned by colleagues who had conducted fieldwork in other areas of Pakistan, I was wary of the connotations that ‘Oxford’ or ‘postgraduate research student’ might carry. While I did have some issues when I was introduced as an Oxford student to other people, it was often more difficult to explain why I chose to research something like geography, when I could have been doing medicine or engineering.

Although I had conducted a pilot study before starting the actual stretch of fieldwork, and obtained expressions of interest from a number of people, the first few weeks of fieldwork did not result in significant success. As it was a particularly harsh winter in Islamabad, and the country was going through a severe natural gas shortage, many households in the city had trouble with heating and cooking. Considering that my research revolved around food habits and behavior, it became impossible to meet with any of my participants, who’d consider it to be great slights to their hospitality if they were unable to ‘even serve tea’ or let me suffer through the cold. This pattern persisted even with families I had known for many years, and had thought to be beyond the usual boundaries of formal hospitality. Despite my insistence, I was limited to communicating with them over phone calls or text messages.

However, the weather, scarcity, and resulting price-hikes in transportation and food provided excellent triggers for discussion, particularly in sites like marketplaces, grocery stores and at tea or dinner parties. It was far more convenient to meet and speak with new people in these sites, than with my primary participants in the first few weeks and I ended up with a larger and more diverse group of participants with this approach. While I had been concerned on how I introduced myself to potential participants, I found most people to be very accommodating, curious and interested in what I was doing. Often, my introductory statements would be met by surprise that I was doing a PhD while ‘so young’, and had chosen Islamabad as a target when I could’ve ‘escaped’ and studied people in the West. The sentiment that young people should leave the country when they could was a fairly common one throughout the period and my decision of coming back was considered to be a bad one.

As discussed by Qin Shao in her post, it was most beneficial to adopt an open-ended approach in the beginning to establish trust with my participants. This was also very helpful with people who didn’t understand why I’d need to meet with them again and again, and why I never carried a ‘clipboard and asked them a list of questions’. Trust-building took an extra facet when meeting people I had known for many years, who wanted to know why I wasn’t working on climate change, ‘looking at rocks’ or ‘cleaning up the environment’. This group of participants had known me while I was studying Earth and Environmental Sciences at a local university, and often tried to frame their answers in a way they thought would be more helpful to me. However, repeated and sustained contact with them, when I’d be accompanying them at shopping trips or helping with cooking and gardening soon put that to rest and they became more open about their discussions and their perceptions on what I was doing.

At all stages of my research, I was acutely aware of the effect my presence and my questions were having on the behavior and decision-making processes I was trying to study. While I wouldn’t specifically ask about the healthfulness of food habits, the first few times of asking people foods they’d recommend for illnesses, resulted in very self-conscious and defensive answers about what they ate and why. Again, these issues wore away as I spent more time with them and they realized there was no judgment on my part. The hospitality which had crippled my research in the first weeks arose in a very positive light for my work when I became very ill near the end of my fieldwork. My participants volunteered a surprisingly diverse array of food-based cures for my illness, and would often bring the curative items and made sure I consumed them. Perceptions about the body and the effect of the environment and food came more naturally at this point than any other time in all my weeks there.

With all my worry of insider/outsider conflict, my own assumptions, trust and access issues, the safety scenario of the country was a constant concern. A shooting and suicide bombing incident in a lawyers’ enclave close to a thriving marketplace near my house and other assorted security threats in the city made meetings particularly difficult. There were entire city sectors I wouldn’t go to because of security issues, participants would alter their shopping patterns in response to terror events and discussions would frequently involve phrases like ‘we cannot worry about food contaminants when bigger threats area all around us’. Food shopping events would be short, changed to locations perceived to be more secure and areas in ‘high-alert zones’ were avoided. While I considered such days to be wasted during my time in the field, it was an important realization that these conditions were an important part of everyday life and influenced daily routines, behavior and perceptions in vital ways.

In conclusion, while I was in the field studying food geographies, and perceptions of health through food, I found out a lot more about the fearful, courageous and sometimes fatalistic context of everyday consumption decisions.  My assumptions about my city, the people I was working with, and more importantly, their knowledge and assumptions about me, were a constant reminder about the fragility of my position in the field. I am very aware of how stresses of trust, boundaries, positionality and safety can impact the fieldwork experience, but they also provide valuable information about the lives and narratives of one’s participants.

Saher Hasnain is a DPhil student at the School of Geography and the Environment, University of Oxford. Her academic work has always been very cross-disciplinary, starting from pre-medical studies, which drove her to studying Earth and Environmental Sciences. She has stuck with the broader field throughout and is endlessly fascinated by urban areas. Saher’s previous research and work started with the development of a federal proposal for the creation of an energy management cadre in Pakistan, with Bahria University and an exploration of community health investigated through photo-elicitation and mapping at the University of Pennsylvania. She is continuing with the general theme of environmental health in urban areas, but using food consumption and diet-related health perceptions as a lens.

This article is based on ethnographic fieldwork conducted in Islamabad, Pakistan from December 2013 – March 2014, as part of an on-going PhD research project on geographies of food and health. This research focuses on environmental health in the context of urban food environments, from a consumer perspective. It examines concepts like ‘safety’, ‘purity’ and ‘healthy’, and how they are interpreted, experienced and acted upon, in the context of food-related environmental health threats. While recognizing the country’s existing problems with food security and safety issues, this work focuses on food consumption decisions made by food-secure ‘middle class’ people within this greater regional and national context. 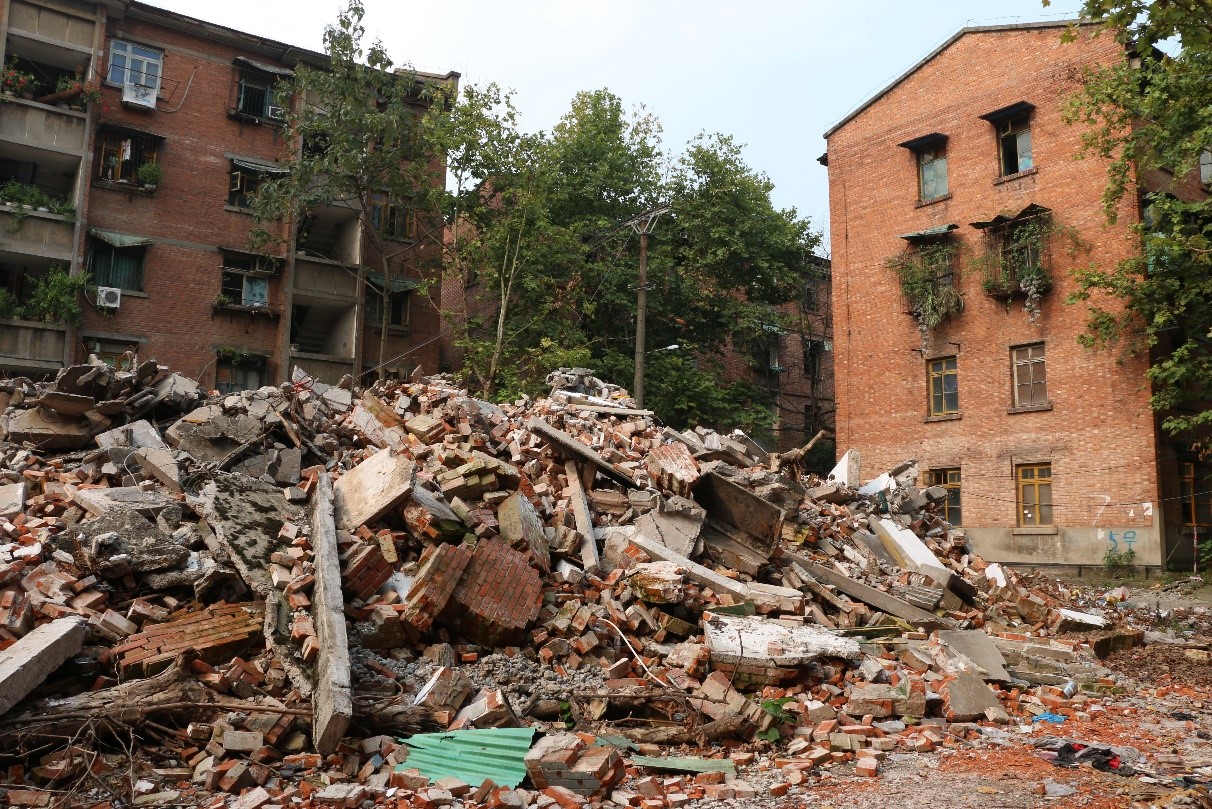 The Field Research Method Lab
welcomes new contributions and
responses to existing postings. Please
contact the editorial manager Dr Do Young Oh (e-mail: SEAC.admin@lse.ac.uk) with your ideas
including a short abstract and brief
biography.
×
We use cookies on this site to understand how you use our content, and to give you the best browsing experience. To accept cookies, click continue. To find out more about cookies and change your preferences, visit our Cookie Policy.