We need to face uncomfortable realities about the unequal power dynamics in development and humanitarian spaces. This needs a complete paradigm shift towards our understanding of “development” as that of a top-down process dictated by those who have power over those who do not, writes Rita Adel

In his article entitled “The Syrian Cause and Anti-Imperialism”, Yassin Al-Haj Saleh draws attention to the continuously denied “epistemological agency” of the Syrian people over their narration and analysis of war in Syria:  “Either there is no value to what we say, or we are confined to lesser domains of knowledge, turned into mere sources for quotations.” Such exploitation of the so-called “local knowledge” is of course not limited to the Syrian context, or any geographic location in the Global South for that matter, nor is it limited to academia. Aid and development spaces are no less guilty of marginalizing the local voices and alienating them from the research that is being produced.

Access to nuanced, contextual knowledge is becoming a core of development practices and knowledge-based practices such as lobbying, advocacy, policy inputs, and dialogue facilitation, among others. Undeniably, demand-driven, contextually rich, and locally led research is essential in humanitarian and aid spaces. However, recent discourses on localisation and decolonisation of aid action lack focus on the inequalities of knowledge production, and ways to overcome these. Unless the local staff are not only simply “involved”, but are able to lead the research process, little is going to change on the ground.

Power dynamics behind the production of knowledge

In the world of INGOs, the locals are hired for their “native knowledge”, their willingness and ability to access spaces not available to their expatriate colleagues, and their native social capital, among other reasons. The local staff are fluent in local language(s), and are familiar with the local social context. In conflict zones, the national staff brings detailed contextual understandings into the dynamics of conflict that are, in many cases, based on lived experiences.

Oftentimes, it is the local actors, their native countries or their communities that are mostly affected by the consequences of aid and development interventions. In contrast, in emergency situations, or “when things get bad,” the expatriate staff, unburdened by any local connections, have an option to leave. This is especially true in conflict zones, where in many cases, the expatriates work remotely, unfamiliar with the everyday struggles of the peoples in affected communities. As opposed to this geographical as well as emotional distance of the expatriate professionals, the national staff remains bound by social as well as economic connections to their home country. In other words, “the national staff member remains stolidly set, a repetitive actor in local history.”

In reality, however, all of the above-mentioned reasons seem to have little impact on who has a final say in the chain of knowledge production. International, and in many cases Western, expert knowledge has traditionally been prioritized over local or experiential knowledge. A tendency of local staff knowledge to be undervalued is a well-documented reality of power relations within humanitarian spaces. Despite the claims of humanist universality, racialised, classed and geopolitical hierarchies became a common thread in the humanitarian and development sector, resembling that of North-South colonial dimensions. Encountering cultural racism and colonial paternalism is a common experience for the local NGO staff. Knowledge production is naturally impacted by these power dimensions, significantly limiting, if not marginalising, the extent to which the local staff are able to affect and be actively involved in shaping the research strategy overall, hence, leading to significant shortfalls in humanitarian programming.

Why the progress has been slow: reality check and fieldwork constraints

Despite the fact that the idea of decolonising and localising aid has been around for some time now, the donor’s and INGOs’ recruitment processes have been one of the major obstacles for any meaningful change as well as one of the major factors reinforcing existing power structures. It is now a given that the expat staff seizes most influential and highly paid positions, in comparison to the local staff who are hired for much lesser salaries and usually for less senior positions. Arturo Escobar, a Columbian-American anthropologist, in his acclaimed book “Encountering Development” highlights how international aid created a space for the emergence of transnational bureaucracies and bureaucrats whose “subjective” eyes theorise “the entire cultural, economic, and political geography of the Third World”. To be clear, the expat staff is not necessarily Western staff or even staff from the so-called “Global North”; however, favouritism for overseas expertise is a distinctive characteristic of aid and development industries. The irony is that this tendency to devalue local knowledge applies to both donors and INGOs alike, and if we consider the saying which goes “He who pays the piper calls the tune,” it becomes very clear for the need to aim at the top of the ladder, and not the other way around. As discomforting as it may be, open discussion on inequalities in recruitment processes needs to be put on the table, making sure that possessing “native” knowledge does not put local researchers at a disadvantage.

Subcontracted staff doing the fieldwork is another aspect to look into. Mayssoun Sukarieh and Stuart Tannock in their article “Subcontracting Academia” discuss the exploitation of locally subcontracted researchers in Lebanon, while at the same time alienating them from the final products of their work and without giving them any intellectual credit. If such is the case in academia, would aid spaces be any different? The answer is no.

Sub-contracting local NGOs or local researchers by INGOs is quite common. In many cases, involving local actors is dictated by the donor, and oftentimes framed as “localisation” efforts. In reality, however, local researchers or NGOs are often used to carry out data collection, their efforts not necessarily leading to them being involved in the analysis stage. Not giving any intellectual credit and undervaluing the local researcher’s inputs when it comes to authorship is another challenge that must be taken into consideration.

Moreover, the communities who participate in the research are not only marginalised, but it is not uncommon that they go without having access to the final product. In other words, local research “partners” might not even hear back about the findings or the outcomes of research. Power dynamics in the dissemination of the research findings has a moral aspect to it. Given the outcome-oriented nature of donors’ and INGOs’ work, the research carried out is, in most cases, loaded with recommendations. These recommendations, while drafted by experts, are impacting the local communities in the first place. By not sharing the final research outputs with the communities involved in this same research, the implementing bodies indicate clearly that they are mainly accountable to donor demands, barely concerned with the local communities. There is a dire need to revisit the common notions of accountability in humanitarian spaces; this accountability must go beyond the bureaucratic demands of the donor and be translated into real accountability and moral responsibility towards the targeted communities.

Where should we start: A way forward

To make progress we need to face uncomfortable realities of unequal power dynamics in development and humanitarian spaces. This needs a complete paradigm shift towards our understanding of “development” as that of a top-down process dictated by those who have power over those who do not. Epistemic agency of the local research staff and justice in knowledge production and dissemination is only one aspect of this paradigm shift, but this is where we need to start to see actual changes.

Rather than thinking how to “build the capacity” of the local community, let us think how the local community can build the capacity of international organisations, especially the donor community that comfortably exists in an ivory tower. On an individual level, solidarity is the key. This solidarity should be translated into instrumentalising proximity to power structures to push and lobby for change. Unless we see local staff occupying leading roles in the chain of knowledge production, it would make little sense to speak of localisation and decolonisation of aid.

[1] Personal interview with Dr Ammar Azzouz, Syrian UK-based architect and an analyst. His current research focuses on destruction and displacement in Syria.

Rita Adel is a MENA researcher, with a special focus on the politics of development and humanitarian affairs. She received an MA in Human Rights and Development Studies from the University of Jordan, and currently works as a research analyst on the Syrian Crisis. 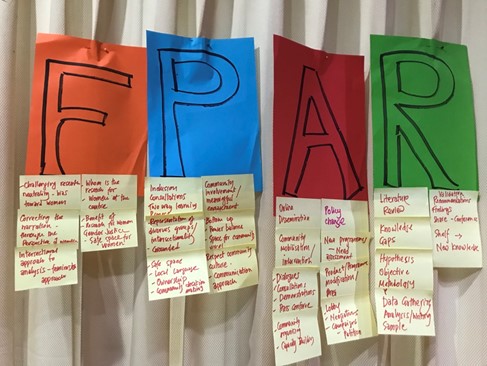 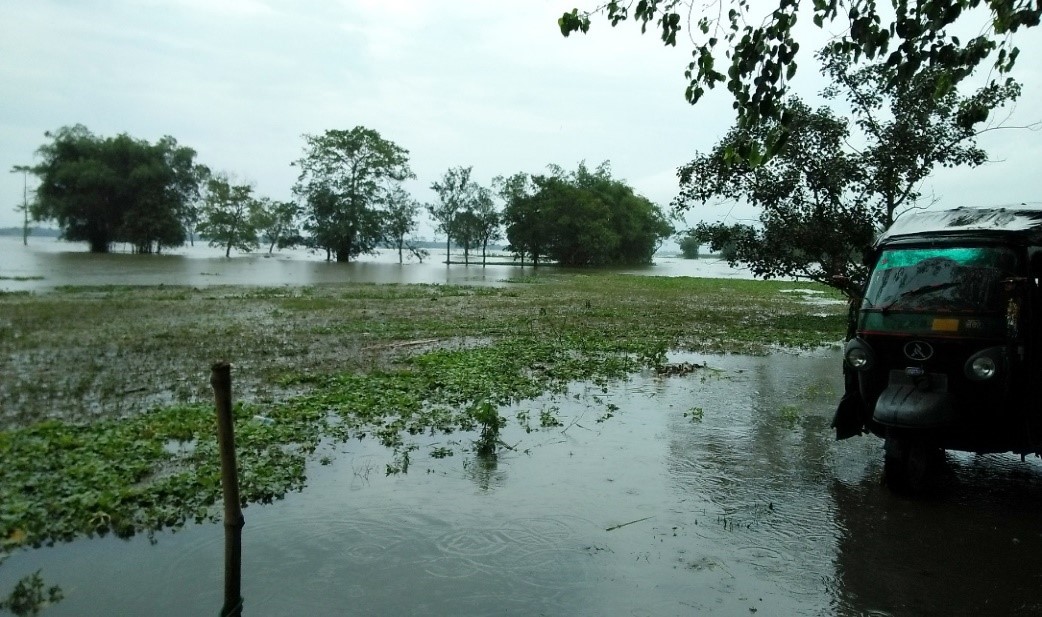 Traversing the ethnographic route to meet disaster-affected populations: Dilemmas of a monsoon fieldwork in Assam, India