One of the gravest consequences of the Syrian Civil War has been the creation of 5.6 million forced migrants (in addition to 6 million internally displaced persons), who have sought refuge in neighbouring countries since 2011. This has created novel challenges, as well as opportunities, for transit and host states’ foreign policy strategies. In this blog post, we summarise the findings of a research project aimed at expanding existing understandings on the interplay between forced migration and EU member states’ bargaining strategies within the context of the 2015–16 European migrant crisis.We focus on Greece, a European Union [EU] member state particularly affected by forced migration, and we argue that it adopted an issue-linkage strategy that relied, firstly, on blackmailing and, secondly, on backscratching over two time periods. Initially, between January 2015 and March 2016, SYRIZA–ANEL was able to pursue a coercive foreign policy strategy of blackmailing based on threats. This was due to the country’s strategic geopolitical position vis-à-vis the EU: Greece served as the initial point of the “Balkan corridor,” while transfers of asylum seekers to Greece under the Dublin Regulation had been suspended, further strengthening the country’s position as a “transit” rather than a “host” state.

However, from March 2016 onwards, Greece shifted to a non-coercive bargaining approach via backscratching, which sought to secure economic payoffs based on co-operation necessitated by the diminished geopolitical importance of the country vis-à-vis the EU: implementation of the 2016 EU-Turkey Statement led to a dramatic decrease of refugee inflows, while the closure of the Balkan corridor and the resumption of Dublin transfers effectively transformed Greece into a migrant-host state.

Refugees as a Negotiating Card

Recent international politics research has identified ongoing processes of states using migrants and refugees in their migration diplomacy strategies. However, this line of work typically examines interstate bargaining on as occurring between richer donor states of the Global North and poorer recipient states of the Global South, via mutually beneficial ‘bargains,’ ‘compacts,’ or ‘deals.’ How do EU member-states leverage refugees in their foreign policymaking? We build on earlier work  to identify the conditions under which EU member-states like Greece are likely to use refugees as instruments of coercion via blackmailing, or tools of cooperation via backscratching.

In January 2011, the European Court of Human Rights ruled that Greece was violating asylum seekers’ human rights and that EU member states should temporarily halt any returns of asylum seekers to Greece as per the Dublin Regulation. This implied that Greece theoretically received a carte blanche to wave asylum seekers through its territory. But no Greek government had yet attempted to use this as a negotiating strategy. This changed after the rise of the SYRIZA-ANEL coalition to power in January 2015 which engaged in a paradigmatic shift of Greek refugee policy towards a less restrictive and punitive stance regarding irregular migration following a “compassionate” approach to irregular migration which was in sharp contrast with the “inhumane” strategies adopted by Brussels and EU member states. More specifically, Greece would be releasing any detained irregular migrants, close detention centres and provide automatic short-term 30-day permits to all irregular arrivals along with the end of the policy of deterrence at its land and sea borders. Unsurprisingly, between January and July 2015, Frontex documented an astonishing 663 per cent increase of irregular border crossings into the Western Balkans compared to the previous year. Following the end of her tenure as Deputy Minister for Immigration Policy, Tasia Christodoulopoulou stated that the January–July 2015 era was:

‘the best time for the refugee crisis … All the European states had their borders open, and that is why Greece was not burdened by my policy … I would repeat that I could not be happier than when I allowed one million refugees to legally enter Europe during my time [at the Ministry].

The SYRIZA-ANEL government’s attempt at issue linkage via blackmail focused on the ongoing negotiations on the review of the country’s Second Economic Adjustment Programme. Before an informal Foreign Ministers meeting on 6–7 March 2015, Minister of Foreign Affairs Nikos Kotzias declared that the Greek state would collapse if not adequately supported via a favourable bailout package. If that were to occur, ‘there will be tens of millions of immigrants and thousands of jihadists’ that would find their way to other EU countries. Two days later, Panayiotis Kammenos the government’s junior coalition partner and Greece’s Defence Minister, argued that ‘We cannot keep ISIS out, if the EU keeps bullying us.’ He also supported Kotzias by adding that:

‘if they [EU creditors] strike us, we will strike them. We will give documents to migrants coming from anywhere in order to travel in the Schengen area, so that this human wave could go straight to Berlin’.

However, the SYRIZA-ANEL coalition government’s initial strategy of blackmailing was unsuccessful, as Greece agreed to a Third Economic Adjustment Programme in July 2015. Nevertheless, the September 2015 government (another SYRIZA-ANEL coalition) did not alter its policy vis-à-vis irregular migration. As new arrivals continued coming in through the country’s eastern border with Turkey and transiting through its northern borders with North Macedonia and Albania, the SYRIZA-ANEL government continued its belligerent rhetoric in the hope of securing external economic payoffs. As late as December 2015, Premier Tsipras would continue targeting the EU and individual EU member states for their approach to the crisis via a belligerent rhetoric, even asserting that ‘if the Europeans want us carry the bodies of refugees then they should say so openly.’

Three developments undercut the Greek strategy of blackmailing via ‘waving through’ irregular migrants from Turkey towards Western Europe via the Balkan corridor. Firstly, the EU concluded an agreement with Turkey, according to which the latter would maintain refugees within its territory and agree to accept anyone intercepted attempting to cross the Turkish/Greek border without approval. Secondly, Austria reached an agreement with several Western Balkan countries aimed at securing border controls and blocking irregular migrant flows. Thirdly, in April 2016, the European Commission re-entered Greece into Dublin II and asylum transfers from other EU states to Greece would gradually resume.

In the absence of the conditions necessary for stronger leverage, Greece effectively complied with demands for externalisation control through immigration detention in the European periphery, leading to a policy of backscratching. Greece re-introduced migrant/refugee detention camps, detention of all irregular arrivals at its borders, and strict restrictions of their movement within Greek territory. Significant economic aid began flowing into Greece from March 2016 onwards while the aggressive government rhetoric of 2015 and early 2016 also disappeared for the remainder of the coalition government’s term.

Our study contributes to a range of existing academic and policy debates on the interplay between forced migration, interstate bargaining, and the foreign policies of EU-member states. Firstly, we identify how issue-linkage strategies feature in the strategic calculations of European refugee host states and explore specific mechanisms at play, thereby providing an analytical framework that informs a range of stakeholders on state responses to forced migration. We also demonstrate how Greece attempted to employ the European migrant crisis to project national interests and its domestic agenda at the EU level, thereby identifying conditions that enable coercive or co-operative bargaining strategies. Finally, we offer a more nuanced picture of the importance of forced displacement for EU member states’ foreign policy by demonstrating how intra-EU politics are affected by refugee crises on the broader neighbourhood.

Gerasimos Tsourapas is Senior Lecturer in International Relations (Politics), University of Glasgow. He works on the international relations of the Middle East and the broader Global South, with a particular focus on the politics of migrants, refugees, and Diasporas. 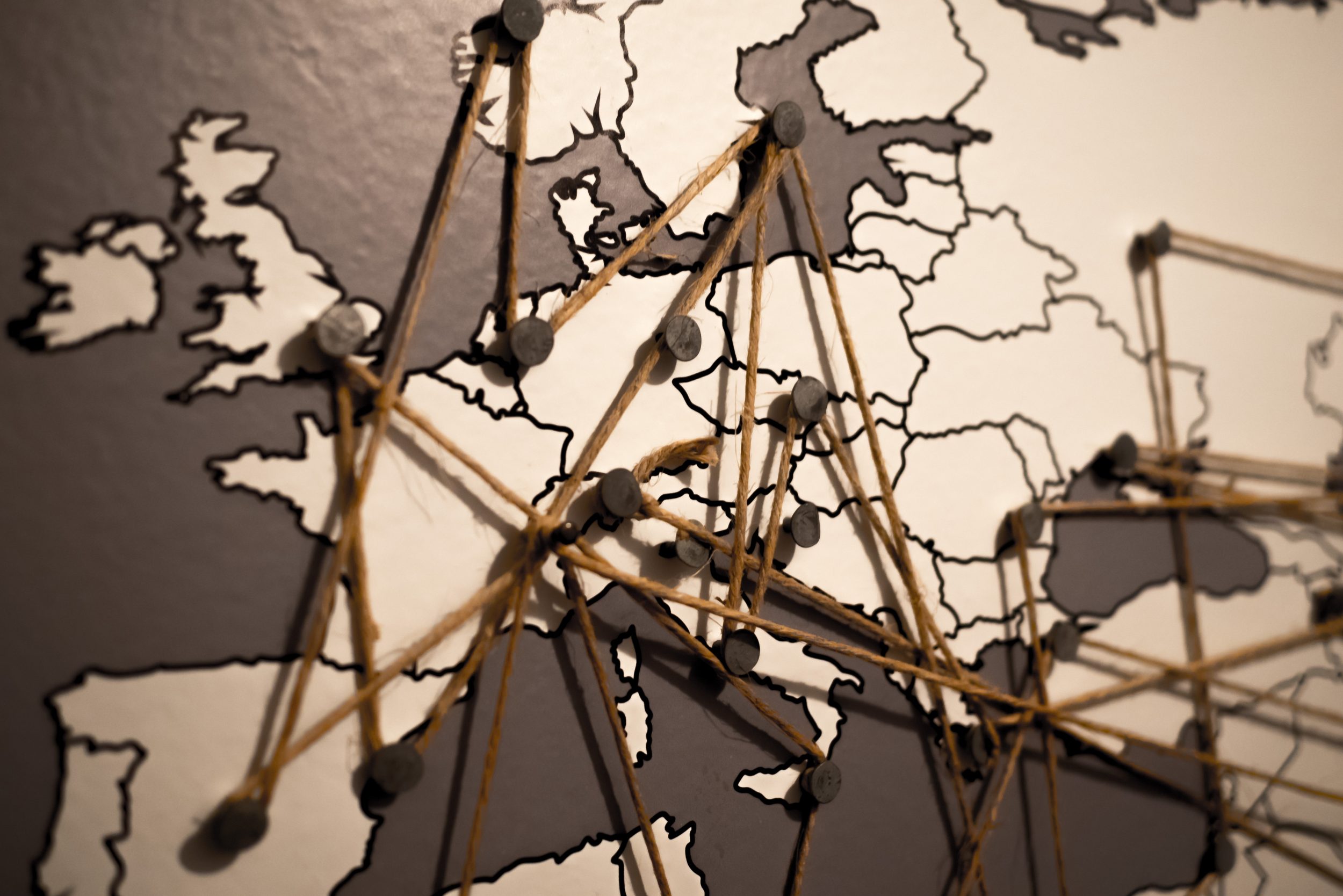