This interview is part of a series of interviews with alumni of the Centre for the Study of Human Rights at LSE. Lorena Fuentes studied for an MSc in Human Rights at the LSE between 2007 and 2008. Interview by Nikki Edwards, current MSc Human Rights student. 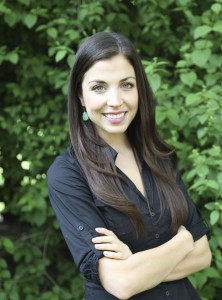 Where do you work now?

After finishing my MSc I worked in the women’s and girl’s rights sector at a London-based charity called Eaves for Women, after which I decided to enroll in a PhD at Birkbeck College, University of London. My research explores the way violence against women, and femicide in particular, is ‘inserted’ discursively and institutionally into the body politic of Guatemala. I consider how these interventions intersect with dominant frames of perception of violence within Guatemala’s political and moral economy, and aim to highlight how the struggle over interpretations of violence is productive of policy responses and notions of accountability. I foreground this analysis by critically examining the country’s many legal interventions into the contemporary problem of widespread violence and femicide, as well as several post-war trials and transitional justice tribunals which have attempted to account for histories of gendered violence

What other work experience do you have?

As I mentioned previously, I spent three and a half years working for a local charity in London, which focused its interventions in relation to violence against women and girls. Key aspects of my role included:

• Designing and facilitating training and evaluation workshops on young women at risk, violence against women, and homelessness to field staff, implementing partners and government counterparts

• Managing a caseload of vulnerable young women at risk. I supported them in addressing a range of issues, which included: domestic, sexual, and other forms of violence, homelessness, mental health, and substance misuse

• Designing and delivering workshops for young women at risk

Aside from this first ‘post MSc’ official professional experience, when I was a Bachelors student in Canada I worked at a Recreation Centre leading sports camps and activities for children. Which, by the way, I think can be just as ‘human rights-y’ as anything else!

What advice would you give someone wanting to start a career in human rights?

I think it’s crucial for students to step outside of this narrow framework of ‘human rights’. First of all, you are very unlikely to find a job listing that asks for a “human rights worker”… unless perhaps you’re aiming for one of the big kahunas of this type of work (Human Rights Watch or Amnesty International). But I’d argue that even within those organizations some of the most relevant and interesting work is done by individuals or groups not necessarily labeled “human rights workers”, as such. I believe that labeling something specifically as ‘human rights’ related or not is one of the biggest problems with the human rights concept. It becomes dislocated from our every day lives and we get too caught up in searching for the label rather than thinking through how all of our social interactions, daily work and encounters can have an impact on the well-being of ‘the other’. So I guess my central piece of advice is for students to broaden their horizons and introduce some nuance into the calculation. Do not go onto Guardian Jobs and search “human rights worker”! There are many ways to contribute to social justice and to the consolidation of peoples’ rights and citizenship.

What was your favourite bit of the MSc?

For me it was the fact that I was able to handpick modules from across disciplines. I have always struggled to focus my interests, and, in relation to my interest in this MSc, I wanted both a firm grounding in law so that I could sharpen my practical knowledge, and to situate myself in critical theoretical approaches to human rights. In the end, I had amazing courses that ranged from Conor Gearty’s law course, “Terrorism and the Rule of Law” , to Paul Gilroy’s sociology course, “The Racial Formations of Modernity”. That, and also, it might sound a bit generic to say, but my peers… the range and breadth of experience and interests that other students brought to this programme was extraordinary. I still have a very close network of friends from the MSc. To give a specific example: when I was recently in Guatemala conducting my PhD field research, I met up with another MSc Human Rights Alumnus who works on judicial transparency and rule or law issues in Central America. And, despite the fact that she was there in a professional capacity and me as a PhD researcher, we were able to help one another, since there is considerable overlap in what we were doing in Guatemala.

What do you think of Kant?

Oh dear, I didn’t think this was going to be a test on philosophical theory. Haha… Well, given the influence Kant had on Marx and Hegel and the concept of critique (and my affinity to both Marx and critique!), I’ll just give a simple answer, from what I can remember off the top of my head. Kant’s framework for the concept of critique: understanding the conditions that allow for the existence of a normative system (human rights, let’s say) are extremely useful in the sociological field, in my opinion.

Do you have any pet human rights projects?

I recently was commissioned to produce a consultancy report on the Femicide of Girls in Guatemala for Plan International UK. In the report I explore the limitations of legal interventions/reform into a problem like femicide, which is inescapably structural in nature. As it might already be clear from this interview, I hardly believe that laws can or are deigned to produce ‘justice’. They may help as part of a larger struggle, but as the Guatemalan case study makes clear, having human rights or laws at the level of discourse (rather than practice) can produce even more dangerous effects because the assumption is that once a law is passed, the job is done. I also work with transnational social justice networks linked to issues of violence and impunity in Guatemala. I have participated in the production of documentary/film interventions commemorating the 2013 genocide sentence against former dictator and de facto Head of State Rios Montt (now, sadly, overturned). Of course, all of my ‘extra’ or ‘side projects’ focusing on Guatemala/Latin America are also inextricably linked to my PhD research.