Maria Werdine Norris @MariaWNorris is a final year PhD candidate at the London School of Economics and Political Science. She is researching the British Counterterrorism strategy and legislation, with a focus on nationalism, security and human rights. 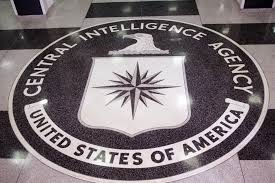 The publication of the CIA Torture Report marked the first time a country has come clean on its sordid actions during the so-called War on Terror. Although the use of torture by American forces after 9/11 was almost common knowledge, the report was a remarkable show of transparency, which has resulted in an unflattering light being shone on the United Kingdom.

There is little to no doubt that British agents knew about torture, as mentions to the UK were deleted from the report at the request of British intelligence agencies.

And yet, the closest we have come to a comprehensive report on the use of torture since 9/11 has been the failed Gibson Inquiry. At the time of its inception, Prime Minister David Cameron swore that the inquiry would ‘get to the bottom’ of Britain’s treatment of detainees and it’s collusion with the American interrogation programme. It didn’t. Instead, the inquiry fell apart, facing mounting criticism from civil liberties groups and being shelved before any witnesses were questioned.

Adding to the existing disappointment surrounding the inquiry was David Cameron’s comment on the publication of the CIA report this week, in which he stated that he was satisfied with the way that Britain is dealing with the same issues. This again is not surprising. After all, the government is dealing with accusations of torture the same way it deals with all issues regarding national security: by revering secrecy.

As a society, we have been conditioned to believe that secrecy is critical for the success of national security. Take the Prevent Programme, for example. Prevent is essentially the government’s counter-radicalisation programme and it is effectuated by local authorities. In the past, authorities that received Prevent funding used the money for the surveillance of Muslim communities as well as community cohesion initiatives. The Prevent Review of 2011 indicated that community cohesion activities would cease to be funded by the Prevent Programme and that Prevent activities would begin to target far-right extremism. In August 2014, I lodged FOI requests to the 30 local authorities in priority areas asking for the most up-to-date Prevent funding information, including what projects received funding and details of any project engaging specifically with far-right extremism. All but one of the requests were subsequently denied. The refusals were made on the grounds of national security, of which two aspects are particularly salient.

Firstly, the language employed in most of the denials is identical. All claimed that information on Prevent action plans is exempt from disclosure by virtue of section 24(1) and 31(1)(a) (national security and law enforcement respectively), of the Freedom of Information Act and redirected me to the Prevent Annual Report. In regards to the questions concerning far-right extremism, the answers repeated that Prevent targets all forms of extremism. This suggests a coordinated, top-down policy of refusing to release information. Moreover, in three of the responses there was the direct implication that to release this information would aid terrorism. Redbridge Council, for example, argued that the information could not be released because:

Terrorists can be highly motivated and may go to great lengths to gather intelligence. This means there may be grounds for withholding what seems harmless information on the basis that it may assist terrorists when pieced together with other information they may obtain.

Similarly, Camden Council justified its refusal to release information by arguing that:

Provision of detailed information about Prevent would increase the likelihood of terrorism being promoted and vulnerable individuals being recruited and thereby hinder the prevention or detection of crime.

Several more councils also refused to release information, arguing that the display of detailed information regarding Prevent funding would identify areas in the UK where the threat is greatest. However, this response overlooks the fact that a list of priority councils is publicly available on the government’s website.

The Prevent Programme is now almost completely unaccountable. As a result, there is no real way of knowing whether the pledges of the 2011 review, concerning community cohesion work and engagement with far-right extremism, have actually been carried out. Most importantly, the language in several of these denials is used to cast suspicion on the motives of those seeking the information.

Which leads us to one of the most onerous consequences of the cult of secrecy: attempts to find and/or release information are treated with suspicion at best. At worst, as Chelsea Manning and Edward Snowden can attest, they are treated as acts of treason. As such, whilst the White House announced there will be no prosecutions as a result of the CIA Report, John Kiriakou, the former CIA official who first released documents related to the American torture programme, is now in prison.

As she was starting her speech in the Senate, Sen. Diane Feinstein, the Intelligence Committee chairwoman, said:

history will judge us by our commitment to a just society governed by law and the willingness to face an ugly truth and say ‘never again.’

As the British government stood by the inquiry headed by the Intelligence and Security Committee and once again rejected the calls for an open, judge led inquiry, Senator Feinstein’s words serve as an important reminder of the importance of transparency and accountability for a just and democratic society. Unless the UK is willing to stop worshiping secrecy and the people demand uncompromising truth from government officials, it will be a long time until we see the darkest secrets of Britain’s role in the War on Terror come to light.