Comics and Human Rights: An Interview with Kelly Sue Deconnick

Comics and Human Rights: An Interview with Kelly Sue Deconnick

Kelly Sue Deconnick is an American writer of comics. She is the author of  Bitch Planet and Pretty Deadly for Image Comics and Captain Marvel for Marvel. She was nominated for a 2014 Eisner Award for Best Writer for her work on Pretty Deadly. 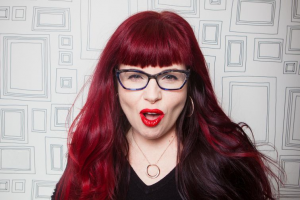 There are many misconceptions about comics. It is easy to dismiss them as being trivial or just for teenage boys. What is your response to that line of thought?

Comics are a medium, not a genre. And when you consider the dominant genre within comics – the superhero story, it can be done well; or it can be done poorly. There are superhero stories that are incredibly well done from a literary perspective. I think if you are going to dismiss them out of hand you’d also have to dismiss opera, and commedia dell’arte. These overblown archetypes are the way our lizard brains get across stories about what makes us human. Can it be done poorly? Absolutely! But so can opera and melodrama. But it can also be done exceptionally well. I think it is unwise to dismiss it all out of hand.

I personally believe there is a comic for everyone who loves stories.

Bitch Planet is a phenomenon. You’ve really a chord with women.

Yes, almost to the point of where I’m like ‘is someone pranking me?’ It is unbelievable, in every sense of the word.

It is set in a futuristic prison planet and yet, it feels real. It feels relatable.

I think that Valentine [De Landro – Bitch Planet’s artist] should get a lot a credit for that. I had envisioned the book looking much more foreign. I wanted to separate it more from us in its aesthetic. But Val was the one who had to make that into a place in which people could imagine themselves being. And he’s made it real. He’s made it relatable.

The art is amazing, but you need to take some credit too. The issue of non-compliance is so important. I myself have been told several times that I needed to dress differently and tweet differently, or no one would take me seriously.

I have that thing too. Like I wasn’t supposed to use my middle name, because if I didn’t, people would think I was a man and then they’d take me more seriously. And you know that women are always encouraged to lie about their age right? And that’s b******t because it makes this stupid misconception where all the relevant women in the world are children. But no! Women age! When I tuned 40, well-meaning people kept on telling me ‘oh, you don’t look 40’, but I do! I really do!

The power of being non-compliant. Did you think it would strike the chord as much as it has?

I had no idea that it was going to strike such a chord. But I do think it is important to give women permission to risk not being liked. We treat it like it is the worst thing in the world for a woman, that you may hurt somebody’s feelings and they may not like you, despite of what they are doing to harm you.

My assistant, Kit, and I were at a gas station the other day. The attendant’s putting gas in the car and he’s making small-talk and it’s getting progressively more inappropriate. Kit’s got this lace blouse from the dry-cleaners and hanging in plastic wrap in the black seat. And he starts asking her if she wears anything under the blouse. And she’s being polite because that’s the way she’s been taught to protect herself. She’s also been taught that his comfort is more important than hers. I eventually lost my s**t and yelled and the guy. And he immediately went quiet and walked away. He just left the nozzle in the gas tank and skulked off. The manager finished pumping the gas! My hands were shaking when Kit drove away.  And the funny thing is, we both spent a minute worrying about this dude, his feelings and whether or not he got in trouble. And then it was like, no! He’s wasn’t worried about Kit’s feelings! He was being predatory! This isn’t a rare thing that happens!  90% of the time we just smile and nod to get out of the situation. And whatever you need to do to stay safe I get, but let me tell you, there is something wildly empowering about calling this s**t out, because it is NOT ok. And if they don’t like it, f**k them! You don’t like them either

We have been taught to be accommodating.

Yes. If you don’t fit in the little box they want to put you in, there’s nothing wrong with you. It’s the box that’s the problem.

I think that’s why, not just Bitch Planet, but Captain Marvel, Pretty Deadly, and your work in general is so popular – and so important. No one, not even Carol [Danvers, Captain Marvel] who is this tall, beautiful blond woman fits into the box.

What’s your assessment of the health of the industry when it comes to representation?

I think it is not great. I think this is a cultural problem much bigger than comics. I think because we conflate genre and medium we get this idea that comics are this slum where it is much worse than it is anywhere else. I don’t think this is actually the case. I mean, I think we have real problems, look at the major films that were released in the United States last year. Women had 30% of the speaking roles and were 15% of the protagonists. This is down from 16% ten years ago. So this is not a comics problem, this is a cultural problem.

One of the arguments we’re trying to make is that comics are doing slightly better at representing diversity than films or television. Do you agree?

It’s a very inexpensive threshold to make a comic. You can get a comic out for a very small amount of money compared to what it takes to make a television show or a film. We are in a position to take more risks because we don’t have millions of dollars on the line. So I absolutely buy that. And that is why we can and must be in the vanguard. 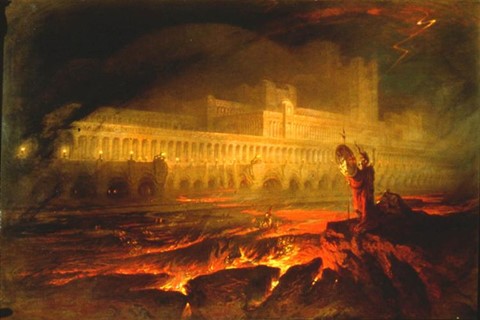 Comics and Human Rights: An Interview with G. Willow Wilson