Think tanks and other research mediators are more influential in policy-making than most academic researchers. In a context in which research impact is becoming increasingly important in both securing research funding and in how outputs are assessed, what can academics learn from think tanks? How might researchers design their studies to maximise impact and what do think tanks do to get noticed? Professor Judy Sebba from the University of Sussex recommends staying faithful to your research evidence and taking note of others’ views that emerge from peer review.

The importance of using evidence in policy-making

Repeatedly we are faced with examples of policy such as schooling, health service reorganisation, prison reform and food standards, in which research evidence is used little or not at all. There are strong economic, moral and occasionally political arguments for making better use of research evidence:

Economically, in the current context, we need to ensure that public investment in research is wisely spent by maximising the use made of the findings and helping to identify cost effective policy decisions based on sound evidence; Morally, we have a responsibility to intervene in people’s lives for example through schooling, health or social care services, based on the best possible evidence of positive outcomes to maximise benefit and limit harm; Politically, public expectations in some areas such as medical interventions, are that policies will reflect evidence, making it important for politicians to at least appear to use research.

Why research is not used in policy-making

Why then have several studies demonstrated that senior civil servants and politicians rank academic research bottom of the sources that they consult in the policy-making process?

There are many reasons why academic research is not regarded as fit-for-purpose by policy-makers. Typically these include:

Short, non-jargonised briefings are not the strength of academics. Lengthy technical papers with extensive methodological and sometimes theoretical details are not of interest or use to policy-makers. Most of all, academic research rarely produces the answers just when policies are being developed or changed – the timing of research and policy-making are commonly out of sync.

What can academic researchers learn from think tanks?

In a context in which academic research will be assessed partly on its impact (in the assessment of research to take place in 2014), what can the academic community learn from think tanks? Studies of policy-making report that senior officials and politicians rank think tanks highly as sources of information. Think tanks work in various ways but in general:

What think tanks do well is present ideas or synthesised research relevant to current policy in attractive, accessible ways that are non-technical and timely. Sometimes they collaborate with researchers and some are also lobbying for particular policies despite claiming to be non-partisan. What they do best however is network, in particular with key people in government and use the media effectively. Stephen Ball has shown how think tank staff ‘interlock’ by holding many positions as members of each others’ councils, appearing at each others’ events and building a consensus of positions.

The limitations of think tanks

Studies of think tanks by researchers such as Diane Stone show that the networking that Ball and others identify rarely takes them out of the immediate Westminster area (or Washington DC in the US). Hence, far from educating the public about evidence they are characterised by closedness and exclusivity. They do not subject their work to review by others and so the quality of their outputs are not assessed. Most worryingly, the media present the work of think tanks as credible sources of research and facts without any checks being in place.

What then should researchers do?

The balance to be achieved is to maintain research integrity while maximising impact. So, recognise the importance of social networks in getting others to take notice of research – invest time in building closer relationships with government officials and others close to the heart of policy development. Develop media-savvy skills and consider alternative ways of presenting key findings. Identify the key ‘users’ of your research before you start a study and consider ways of involving them in reformulating the question and commenting on emerging findings.

But, stay faithful to your research evidence and take note of others’ views that emerge from peer review.

Judy Sebba is Professor of Education and Director of Research and Knowledge Exchange in the School of Education and Social Work at the University of Sussex. Her email is j.c.sebba@sussex.ac.uk. Her book with Mark Rickinson and Anne Edwards on improving research through user engagement is published by Routledge. 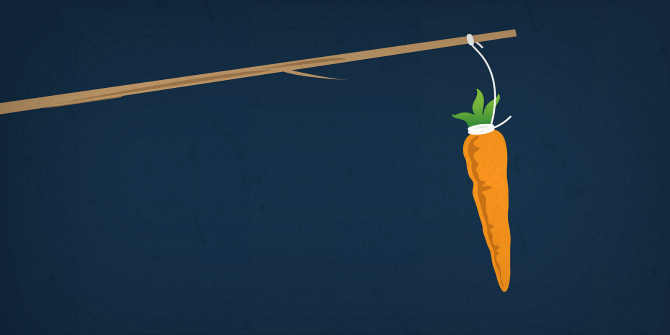 The availability of open data and new trends in data visualisation will transform how we understand our cities.