Earlier this year it came to light that the Arts and Humanities Research Council may have been put under political pressure to include the Big Society in its delivery plan, or face losing its funding. Thom Brooks started a mass campaign to remove the Conservative party slogan from the AHRC delivery plan, and here argues that political campaign slogans have no place in research council delivery plans: something which the AHRC must accept or they risk facing a mass resignation from its peer reviewers.

Everything happened suddenly in what has become known as ‘Observergate’. The Observer ran a story in March with allegations that political pressure had been exerted on the Arts and Humanities Research Council (AHRC) to include the “Big Society” in its delivery plan or it would lose funding. This was swiftly denied by the AHRC and the government. The story might have died before it had been born. 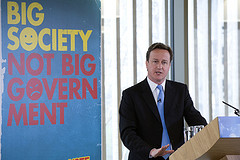 The Conservative Party campaigned using the slogan the “Big Society” in the last general election. After joining the Liberal Democrats in a coalition government, austerity measures have been rolled out. Many have criticised the Big Society for being little more than a euphemism for cuts.

The AHRC includes several references to the “Big Society” in its delivery plan (published in December 2010). These references relate to the “Connected Communities” research programme. This programme was agreed before the general election and it is jointly supported with other research councils. However, only the AHRC’s delivery plan includes references to the “Big Society” and the plan is clear: its Connected Communities theme will “enable the AHRC to contribute to the government’s initiatives on localism and the ‘Big Society’” (sect. 2.4.4). Moreover, the AHRC delivery plan clearly states that it aspires to make a “contribution” to the “‘Big Society’ agenda” (sects. 3.10, 3.12). The Big Society is mentioned five times and there are other references on the AHRC website.

The campaign for change
I launched a mass campaign to remove the Big Society from the AHRC delivery plan. This began with a petition that led to 4,000 colleagues supporting the campaign including Fellows of the British Academy and Royal Society. More than 30 learned societies agreed a joint statement supporting the petition. The University and College Union has come out in support of this position as well. Furthermore, the Universities Minister David Willetts has recently stated that “the research councils will doubtless want to reflect on the hazards of referring at all to current political slogans!”

The campaign to remove the Big Society from the AHRC’s delivery plan has attracted unprecedented supported from across the sector. There is widespread agreement across both disciplinary and political divides. This is a position of principle, not politics: political campaign slogans have no place in research council delivery plans. Period. It is crucial to note that from the beginning the campaign has argued that we would equally oppose inclusion of the Third Way. This is not about opposing any political party; it is about standing up for an important principle that should guide public policy in higher education research funding.

The AHRC response has been very disappointing. They continue to reject the call for change. Even when the academic community appears to be in such agreement the AHRC refuses to join this far reaching consensus. The AHRC CEO Rick Rylance has said that it is important to “use” the language of our politicians in seeking to win funding settlements. But it is doubtful that any government minister would look more generously on funding arts and humanities research if its link with their political campaign slogan was more explicit, or at least so I would conjecture.

The Big Society and strategic research funding priorities
It is worth reflecting on a further related idea. Arts and humanities research funding has come under renewed scrutiny. The AHRC delivery plan presents not merely a plan to fund research, but a plan to fund strategic research funding priorities. How did this come about? The Big Society is controversial and vague: we have seen four launches and the early resignation of the so-called Big Society tsar, Lord Wei. There is virtually no peer reviewed research on the Big Society – or at least it cannot be claimed that it is a substantial research project amongst academics presently – and we still await the government’s White Paper spelling out their own plans for the Big Society initiative. It is therefore all the more curious that the AHRC would freely choose this political campaign slogan – an idea still in its intellectual infancy – as a strategic funding priority in the arts and humanities.

Two important qualifications must be made. The first is that endorsing the principle that political campaign slogans should have no place in research council delivery plans does not entail that political campaign slogans should go without funding. The issue is not whether research into the Big Society should be funded, but whether this research should be earmarked as part of a strategic research funding priority. There is no problem with funding this research, but there is a problem in giving it special priority as found in the AHRC delivery plan.

The second important qualification is that some might believe I am opposed to the Big Society idea: this is untrue. My research covers many topics in political and legal philosophy, such as democratic thought, global justice, punishment, and theories of justice. My public stand on the AHRC and its delivery plan is not motivated by personal animosity towards the Big Society. In fact, its mention in the AHRC delivery plan might even be beneficial to my professional interests broadly conceived.

The Brooks principle
My opposition is based upon a simple idea. Many endorse the Haldane principle. This principle is often understood to demand that research funding decisions should be made independently of government interference. Of course, this principle suggests that there are clear lines to draw on where the government may permissibly engage with funding bodies and where they should not. The Brooks principle is more narrow and it claims no more than this: political campaign slogans have no place in research council delivery plans.

The Brooks principle is more readily applicable to situations like this. It can be unclear where governments attempt to shape research funding priorities. It would be legitimate perhaps that a government wanted to fund additional research into tackling youth unemployment or climate change. Here it can be argued that no political party can be said to ‘own’ such positions: the Green Party may have strong views on the environment, but it is also true that the Conservative Party has promised the most green government yet.

However where ideas are ones that a party can said to ‘own’, such as the Big Society, this must be avoided to ensure the integrity of research. This does not mean that it is permissible for governments to influence funding decisions short of endorsing their political campaign slogans. I would emphatically support the Haldane principle in letter and spirit. My argument is that we can identify a clear area where boundaries can be drawn. This is where the Brooks principle comes into play.

It is time to act
There should be no further delay. The AHRC must act now. There is unprecedented support for change from across the sector that bridges disciplinary and political divisions. Many have supported this campaign because so many of us care deeply about the AHRC. If this campaign does not succeed, the AHRC will risk alienating a great many it should serve. The Guardian has correctly noted recently that my fellow AHRC Peer Review College members are organizing a possible en masse resignation for next week if there is no clear developments on removing the Big Society from the AHRC delivery plan. This story has also caught the attention of the Shadow Universities Minister who has now taken up the campaign. I can speak for all Peer Review College members that have contacted me about resigning that this is a last resort. This can be avoided and the ball is in the AHRC’s court. I am very hopeful that the unity amongst the academy is now crystal clear and the case for change highly compelling. It is time we come together to face critical times ahead and I have every faith that the AHRC will soon accept this wise change.

Thom Brooks is Reader in Political and Legal Philosophy at Newcastle University. He is editor and founder of the Journal of Moral Philosophy. He is currently working on theories of justice. His books include Hegel’s Political Philosophy (2007), The Global Justice Reader (2008), New Waves in Ethics (2011), and Punishment (forthcoming). His personal blog can be found at the Brooks Blog. 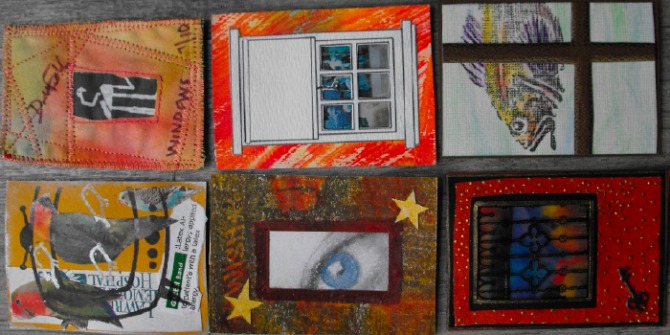