When it comes to the visibility of female scientists, gender bias still remains. Natalie Cooper finds the number of women in academia is higher than most actually believe. If academics unfairly favour male scientists in recommendations, women will continue to be held back from top positions, thus maintaining the current gender imbalance in academia. Measures such as planned quotas of 50% for seminars and conferences may be necessary, even if they over-represent the actual number of women in science.

First a little thought experiment: without over thinking it, list ten top scientists in your field…now, honestly, what percentage of your list are women? I’ve been trying this experiment out on Twitter and with various people I meet. The results are exactly as you’d expect; most people name very few women, generally 0-20% (though there were exceptions, for example 30% in plant molecular genetics and 70% in radioecology).

To check this wasn’t just an effect of asking people to pick ten scientists, I got our PhD students to list 50 scientists they’d like to invite to speak on our Evolutionary Biology and Ecology seminar series. They only came up with eight women (16%), even though I suspect some of them knew I was playing a gender equality game! What I found more interesting were the reasons that people gave for the low numbers of women, the most common of which was that this accurately reflected the percentage of women within their field. This seemed fair enough, but I wondered if it was really the truth, or just a bias in our perception of the number of female scientists?

To test this idea I did a quick search of Ecology and Evolution (or similar) departments across the UK and Ireland and looked at the percentage of women faculty. There was a large range, but the average was around 27%. I also looked at NERC postdoctoral fellowships awarded in 2006-2011 (the most recent data they had available). 29% were awarded to women. I also found some data from the RCUK “Sustainability of the UK Research Workforce Annual Report 2009” showing that 42.6% of academic staff in Life Sciences (Agriculture, Forestry, Biosciences and Veterinary Science) in the UK were women. Of course this last percentage is biased by inclusion of Veterinary Science, a famously female-biased field. However, the fact still remains that the number of women in academia is higher than most of us actually believe.

Why does any of this matter? Although my thought experiment is simple, in a way it’s what we all do when people ask us to recommend fellow scientists to give seminars, speak at symposia, examine theses, become journal editors etc. All of these things bring kudos to the person involved, give them an extra line on their CV, and may help their chances of promotion or tenure. If we are all unfairly favouring male scientists in our recommendations, then we are all helping to hold women back from top positions and maintaining the current gender imbalance in academia. Seminars and symposia also expose undergraduate and postgraduate students to different scientists. If most of these scientists are male then of course the perceptions of the next generation of scientists will also be male-biased.

So how can we change perceptions? One solution is that people making decisions about who to invite to speak at seminars or symposia etc. need to ask more women, though I recognise that this is easier said than done! However, the responsibility for changing perceptions doesn’t just lie with decision makers; it lies with all of us. We (both men and women) need to make more of an effort to notice and seek out female scientists, and to promote them and their work to our colleagues and students. When we get asked for recommendations for seminar speakers etc. we need to take responsibility for recommending equal numbers of men and women, rather than relying on decision makers to do this for us.

Perhaps female academics should also make the effort to be more visible, rather than hoping that the quality of their science will speak for itself? When choosing speakers to invite, our PhD students chose people they had met or seen speak at conferences, first or senior authors of high-impact papers, and people they had come across on Twitter. This suggests that women are less prominent in these places than men. Again this could be a perception bias, but I’m sure family commitments make it harder for mothers (and fathers) to attend conferences and thus get noticed there. Twitter and blogging may be an excellent way to combat this problem as no travel is required and these media reach an international audience.

Another issue here is that once you’ve identified a woman for a visibility increasing role, how do you get her to say yes? For example, this year in a burst of (naïve) enthusiasm I declared that we would aim to have 50% female speakers in our Evolutionary Biology and Ecology seminar series. Finding eight awesome female evolutionary biologists or ecologists didn’t seem that difficult to me, however, when I started issuing invites I discovered that getting women to say yes was far from easy! All had completely legitimate and understandable reasons and I wouldn’t even have noticed if it had been equally difficult to get men to say yes. Instead I found that women were twice as likely to say no, so I needed a list of women twice as long as my list of men to get 50% female speakers! I suspect this may also be a problem for people making more important decisions such as those selecting committee members or journal editors. Is this impostor syndrome rearing its ugly head? Are women more likely to turn opportunities down because they feel inadequate? Is it an issue of work-life balance (often it is for women with young children, but many men have young families too)? Is it a difference in the priorities of men and women? Or is it because everyone is trying to fill quotas, so female academics are over-subscribed? These are questions we probably need to tackle in the future.

Even with these problems I stand by my plan for a quota of 50% women in our seminar series and hope that other departments, schools and colleges will do the same. I believe such measures are necessary, even if they over-represent the actual number of women in science. I think we can justify this by remembering that everything we do for gender equality is actually being done for the next generation of scientists. So we shouldn’t bemoan the fact that the 50% of women in this committee or that symposium is an inaccurate reflection of the way things are, nor should we be offended when invited to be on committees or give talks just to fill a quota. Instead we should embrace it as an optimistic view of how things will be in the future.

Soapbox Science will be hosting a London-based event on the 5th of July at Gabriel’s Wharf on the South Bank, where leading female scientists in STEM subjects will be discussing public learning and scientific debate. More on the speakers here.

This was originally posted on soapboxscience.org and is reposted with permission.

Dr Natalie Cooper is an Assistant Professor at the School of Natural Sciences, Trinity College Dublin. There, she leads the leader of the Macroecology & Macroevolution Research Group. You can follow her on Twitter – @nhcooper123 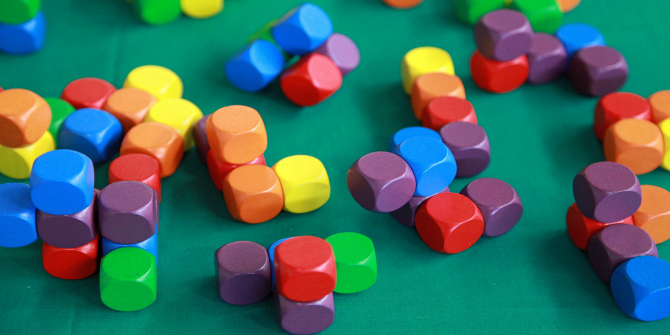 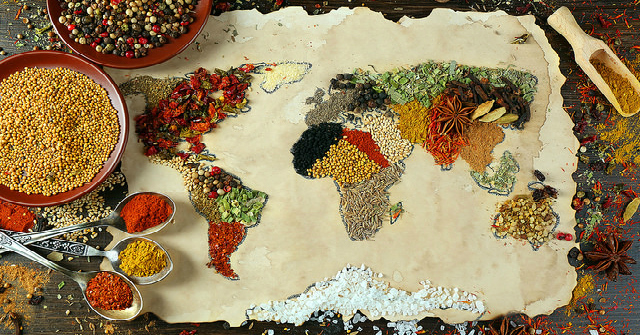 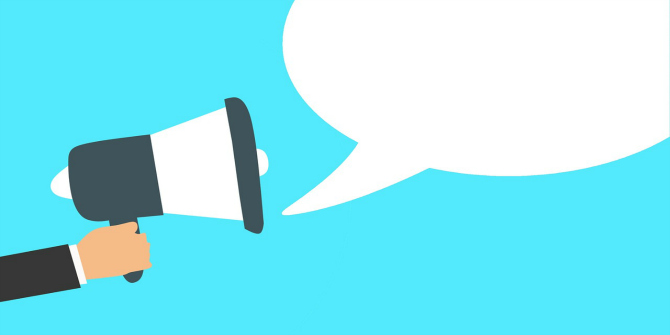