It’s understandable that academics whose research area does not lend itself to impact and those whose roles are mainly teaching will feel alienated by the impact agenda. Adam Golberg writes that increased recognition for one type of academic activity need not be interpreted as an attack on the status and importance of others.

There was an interesting article and leader in last week’s Times Higher Education on the topic of impact, both of which carry arguments that “university managers” have over-reacted to the impact agenda. I’m not sure whether that’s true or not, but I suspect that it’s all a bit more complicated than either article makes it appear.

The article quotes James Ladyman, Professor of Philosophy at the University of Bristol, as saying that university managers had overreacted and created “an incentive structure and environment in which an ordinary academic who works on a relatively obscure area of research feels that what they are doing isn’t valued”.If that’s happened anywhere, then obviously things have gone wrong.  However, I do think that this need to be understood in the context of other groups and sub-groups of academics who likewise feel – or have felt – undervalued.  I can well understand why academics whose research does not lend itself to impact activities would feel alienated and threatened by the impact agenda, especially if it is wrongly presented (or perceived) as a compulsory activity for everyone – regardless of their area of research, skills, and comfort zone – and (wrongly) as a prerequisite for funding.

Another group of researchers who felt – and perhaps still feel – under-valued are those undertaking very applied research.  It’s very hard for them to get their stuff into highly rated (aka valued) journals.  Historically the RAE has not been kind to them.  The university promotions criteria perhaps failed to sufficiently recognise public engagement and impact activity – and perhaps still does.  While all the plaudits go to their highly theoretical colleagues, the applied researchers feel looked down upon, and struggle to get academic recognition.  If we were to ask academics whose roles are mainly teaching (or teaching and admin) rather than research, I think we may find that they feel undervalued by a system which many of them feel is obsessed by research and sets little store on excellent (rather than merely adequate) teaching.  Doubtless increased fees will change this, and perhaps we will hear complaints of the subsequent under-valuing of research relative to teaching.

So if academics working in non-impact friendly (NIFs, from now on) areas of research are now feeling under-valued, they’re very far from alone.  It’s true that the impact agenda has brought about changes to how we do things, but I think it could be argued that it’s not that the NIFs are now under valued, but that other kinds of research and academic endeavour  – namely applied research and impact activities (ARIA from now on) – are now being valued to a greater degree than before.  Dare I say it, to an appropriate degree?  Problem is, ‘value’ and ‘valuing’ tends to be seen as a zero sum game – if I decide to place greater emphasis on apples, the oranges may feel that they have lost fruit bowl status and are no longer the, er, top banana.  Even if I love oranges just as much as before.

Exactly how institutions ‘value’ (whatever we mean by that) NIF research and ARIA is an interesting question.  It seems clear to me that an institution/school/manager/grant giving body/REF/whatever could err either way by undervaluing and under-rewarding either.  We need both.  And we need excellent teachers.  And – dare I say it – non-academic staff too.  Perhaps the challenge for institutions is getting the balance right and making everyone feel valued, and reflecting different academic activities fairly in recruitment and selection processes and promotion criteria.  Not easy, when any increased emphasis on any one area seem to cause others to feel threatened.

This piece was originally published on Adam Golberg’s personal blog, Cash for Questions.

The idea of ‘impact’ has been hijacked: we must not forget that the research journey is a key component of academic impact 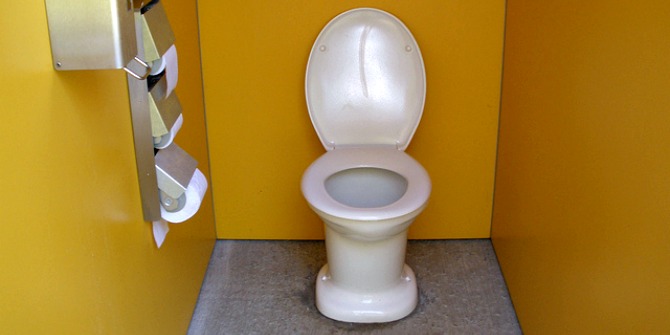