Do universities risk legitimising companies’ more questionable activities by working with them? Or do they have a duty to share their knowledge and expertise with industry for the sake of the economy and society? Alasdair Taylor argues cross-fertilisation of ideas between the two spheres helps create exciting innovations that will benefit the company commercially and the university through associated impacts. As important as these collaborations are, so are the freedoms scientists enjoy to explore new ideas unrestricted by commercial arguments.

Much of my job involves creating links between companies and academic researchers, which means coming into contact with a whole range of industry sectors, from Cleantech to pharmaceuticals to energy and oil. Oxford’s new Shell-sponsored research institute has highlighted an ethical dilemma universities face when working with industry and has, for some, crossed a line of what is in the public good.  This post is a reflection on such collaborations and their purpose.

The opening of Oxford University’s new research institute in Earth Sciences funded in part by oil giant Shell has caused a bit of a stir.  The new institute aims to be a centre for fundamental geoscience research into the exploitation of conventional and unconventional sources of oil and gas, as well as carbon sequestration.  A small protest, organised to coincide with the official opening of the institute by Energy and Climate Change Secretary Ed Davey, took place, and a number of Oxford alumni, staff and students expressed their anger at the decision in a letter to the Guardian.  Environmental campaigner George Monbiot added his voice to the protest, asking if scholars don’t take an ethical stance against corporate money, where’s the moral check on power?

Shell have long faced the ire of activists and campaigners the world over, so it is little surprise they will always be a controversial choice as a research partner for world-leading Universities.  Allegations include human rights violations in the Niger Delta to environmentally-questionable drilling in Canada’s tar sands.  Protesters are also keen to point out that by linking with a multinational oil company, Oxford risk undermining the voice of their scientists working on climate change.

An interesting point was raised by Oxford student and protester Ellen Gibson who said “Ed Davey’s presence (at the opening) suggests that the government is comfortable that its cuts to research funding are pushing our best universities into bed with the world’s worst companies.”  Is Ellen right and do Universities risk legitimising companies’ more questionable activities by working with them? Or do they have duty to share their knowledge and expertise with industry for the sake of the economy and society?

University-industry partnerships in science and engineering are hardly a new invention but these activities have intensified and become more formalised in the UK since the Lambert Review (2003). Strategic alliances such as that between Oxford and Shell are increasingly common and many Universities have dedicated teams to help facilitate these arrangements.  They also often receive government backing, for example the UK Research Partnership Investment Fund (UKRPIF) has matched the industry contributions for several new research institutes like Nottingham’s new GSK-sponsored Centre of Excellence in Sustainable Chemistry.

There are suggestions that companies now prefer fewer, larger strategic interactions over more ad-hoc relationships with individual academics, as they are more cost-effective and can operate on bigger scales.  Strategic partnerships also allow Universities to utilise academics across their whole research base to target so-called grand challenges or the breadth of a company’s operations.  Yet it is the smaller collaborations between one or more academics and companies of many sizes that have been the norm until now.  From sponsoring individual studentships to bank-rolling an academic’s research for a few years, these interactions tend to focus on narrow problems by matching a company’s need with an academic’s expertise.

Returning to George Monbiot’s argument, just how selective should Universities and academics be when choosing a sponsor? Are these corporations simply seeking to “green-wash” or otherwise improve their wider reputation? Monbiot ponders if academics should take an ethical stance, but few large corporations or industry sectors would come out of an ethical audit unscathed.  Energy, oil, pharma, mining, food and drink- all have a few skeletons in their closet, so where should the line be drawn?  Is it even desirable that Universities take any private sponsorship?  Hard and fast rules are surely difficult to apply and risk limiting or restricting new and innovative technologies if no commercial partner can be found to develop them.

Those protesting in Oxford may assume that the Oxford’s Department of Earth Sciences has simply compromised its intellectual independence for the sake of money. Naturally, money is important – science is expensive and someone has to pay for it – and Universities welcome the good publicity generated, but there are other motivations to work with industry.  Science does not operate in a vacuum and, love it or loathe it, the market is the main mechanism to translate the blue sky to the real world.  Understanding the technological problems industry faces opens up new research areas and opportunities for academic scientists, as well as furthering their current interests.

Unsurprisingly, companies want to work with Universities to access the cutting edge knowledge and talent available.  The academic world is a relatively low risk testing ground for new ideas that are far from market or outside the company’s R&D expertise.  Together, the cross-fertilisation of ideas between the two spheres helps create exciting innovations that will benefit the company commercially and the University through associated impacts.  And if we want to produce those disruptive, sustainable solutions for the future, then links between our leading Universities and the world’s biggest corporations will be crucial.

On a final cautionary note, when Universities do seek partnerships with the corporate sphere they should be able to do so from a strong bargaining position, based upon their research expertise and backed up by robust funding support.  In comparison to its international competitors, the UK has, until recently, been reticent in partnering its leading research institutions with large corporations.  The UK government is clearly keen to change this by fostering strong University-corporate links but it must ensure the right incentives are in place to maximise returns.  Researchers should not be driven into working with companies out of desperation, but because their research interests match those of the potential sponsor.  Although collaborations with industry are important, so are the freedoms scientists enjoy to explore new ideas unrestricted by commercial arguments.  Academics should be free to work with companies when they want to, but also remain free to choose not to.

This was originally published on Alasdair’s personal blog and is reposted with permission. 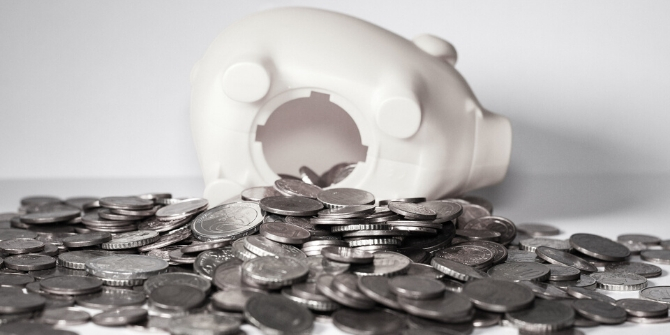