Laura King and Gary Rivett find that the RCUK’s top-down, paternalistic approach to understanding impact may compound relationships with non-academic partners, rather than facilitate fruitful exchange. A ground-up approach to impact that takes into consideration wider project ownership and expertise of non-academic partners may yield greater creativity and lasting partnerships.

Universities today are constantly finding new and exciting ways of engaging with the world beyond the campus. Overall, new impetus to work with partners outside the university and members of the public is a good thing. Yet the current focus on maximizing the ‘impact’ of our research is at times problematic. Our own experiences of public engagement and collaboration are indicated by our title; simultaneously a play on ‘public history’, and a glance towards a ‘history from below’ perspective on the past, it is a particular model we have pursued when working with non-academic partners. In particular, we’re thinking here about the Stories of Activism public engagement project at the University of Sheffield, and a project on fatherhood at the University of Warwick entitled Hiding in the Pub to Cutting the Cord? While far from being the only way to work with publics outside of the academy, we think our model of collaboration provides a critical perspective upon some of the more troubling aspects of the current so-called ‘impact’ agenda.

When Gary has spoken with activists over the past couple of years, the problems of ownership and defining the purpose of the Stories of Activism in Sheffield, 1960-present [SOA] project are frequently raised. When the project started, there were vague notions of what it would do and it sounded feasible: collect oral histories from activists, and archive campaign materials. From the outset we were careful not to assume that everyone would agree. It was only in conversation that one of the core principles of the project emerged: we needed to develop partnerships with local organizations, and offer opportunities and spaces for people to learn skills that they could use to collect their own stories, taking control over the process of learning, training, collecting stories and creating materials.

Gradually, it has become SOA’s core principle, generating enthusiasm among local activists and non-activists to start making their own history. Perhaps it is to be expected that activists might raise the issues of power and control. But it does bring into a starker light one of our central critiques of the impact agenda. How far should we walk the pathways of impact as laid out by Research Councils UK [RCUK]—an essentially paternalistic, top down approach to assessing whether a project will have value and relevance? Before SOA started it would have been difficult to define or assume the value and/or relevance of the project’s work without first discussing its intentions with anyone it might touch. SOA is wary of assuming that the project is having any impact, or that there is a way to plan for it. To do so would be to reproduce the assumptions underpinning a paternalism which sometimes foregrounds research imperatives ahead of working with local community groups.

There is another level to this potential paternalism that needs to be addressed. In resisting being told how to do things from those above us within the university, research councils and government, we should also be wary of doing the same when we’re working with those outside the academe. It’s easy to fall into the trap of thinking that universities and researchers are the experts; yet the most exciting and productive collaborations emerge from conversations and moments in which different types of expertise come together and the resulting partnership becomes more than the sum of its parts.

Such ideas have also emerged from Laura’s experience of working with a theatre company, Babakas, on a production about fatherhood, which started as part of her Hiding in the Pub to Cutting the Cord? project and has continued since. In this very different type of collaboration, it also became clear that the most meaningful engagement would emerge from opening up the processes, approaches and methodologies involved in creating both research and theatre. It is not the exchange of knowledge that is most effective in this case of a history or arts and humanities project, but the use of conversations to question the very foundations of how we practise within a professional sense. For the theatre company, this meant a new appreciation of the value of doing their own research (including reading up on the topic and conducting interviews) as a part of their creative process, something that will have a much longer legacy than our partnership alone. But this goes for both the researcher involved and the creative partner; this sort of engagement should be about a two-way exchange, rather than one way dissemination, and about intellectual questioning rather than a focus on knowledge alone.

Paradoxically, perhaps, the current focus on achieving research impact that offers new possibilities for collaboration and has allowed us to pursue our individual projects can also limit innovation. It leads us into a focus on a more one-way form of dissemination from research to public(s) and those parts of partnerships that are measurable in terms of impact. Yet, in our view, it is necessary to move towards a much broader understanding of the relationship between researchers and those outside the university, and an acceptance of diverse models of working with a diverse range of publics and partners. Indeed, we should be encouraging a refocusing away from the end-product of ‘impact’ to the process of ‘making history’ and the critical reflection that enables. We have the opportunity to establish a new way of thinking here—let’s not create a system of recognition that rewards those who simply know how to tick the boxes. Instead, we need to celebrate those projects that focus on genuine collaboration and innovation in terms of dialogue and exchange in terms of knowledge, skills and ideas.

This is something we plan to write about and publish on in the future, so whether you’re a researcher, someone who’s worked with a university, or a member of the public, we’d be really interested in receiving your comments below.

This piece originally appeared on the University of Sheffield’s History Matters blog (26 June 2013).

Laura King completed her PhD at the University of Sheffield in 2011 and is now a Research Fellow at the University of Leeds. As well as researching the history of fatherhood, she works on Arts Engaged, which aims to develop innovative partnerships between universities and those beyond the campus. You can find her on twitter @DrLauraKing.

Gary Rivett is a Postdoctoral Research Associate in the Department of History at the University of Sheffield. He is a director of Stories of Activism in Sheffield, 1960-present, and has research interests in the history of Early Modern Britain, particularly in historical writing, political engagement, peacemaking, and parliamentary archival culture. 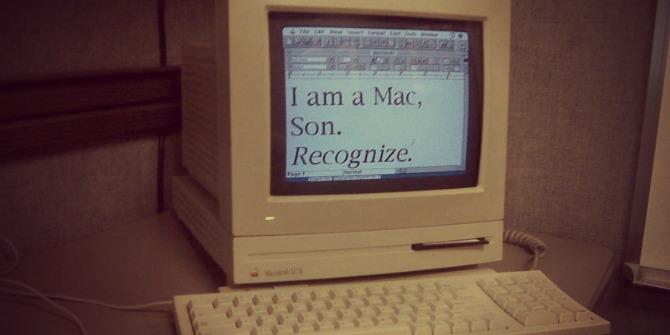