The ever more clinical ways of extracting and analysing ‘data’ from human research ‘subjects’ are cause for concern, not only for ethical reasons, but also because the process itself limits insight. Shamser Sinha and Les Back argue for a form of research that shifts the ordering of dialogue, where researchers can make observations about participants’ personal worlds and participants can shed light on how issues in their personal worlds connect with public issues, opening up more public possibilities for social research.

The first time I met Dorothy was in a narrow, quiet and official looking interview room of a Third Sector organisation. Her son was in a pram and looking around the room. I tried to ease generally into conversation in the manner the methodology textbooks advise – general questions first, build affinity etc. So I began with enquiries into what part of London she had travelled from and how she first heard of the organisation. Inside two minutes this had turned into a rendering of deeply personal information as a list of facts, times and places; the death of a beloved grandma; abandonment when pregnant by her mother; and incarceration following working under a false national insurance card. Dorothy had been interviewed before.

At the start of Black Skins, White Masks Franz Fanon (1967:14) comments that it is “good form” at the commencement of any work of social investigation to provide a “statement of its methodological point of view”. He warns his readers that if they anticipate this then they are going to be disappointed.  “I shall be derelict… I leave methods to the botanists and the mathematicians.  There is a point at which methods devour themselves”. Myself and my co-author and friend Les Back agree. This is not just in the quest for ever more scientific, technical and clinical ways of extracting and analysing ‘data’ from research ‘subjects’ but something else. The way in which that process of extraction limits our insight and is a refusal of dialogue.

Methodological language such as ‘coding’, ‘narrative’  and so on has become implicated in state and judicial modes of enquiry into social life. Les talked to a high ranking civil servant during the South London Citizens’ investigation into the immigration service. The official commented: ‘Well, what we want is to find the best way to extract the asylum narrative”. The process of extraction is invasive. Something is taken out of you. For example, during the investigation, migrants at the UK Border Agency in Croydon often spoke about how narratives were extracted from them concerning rape or violence as they sat in an austere environment similar to a bank teller’s kiosk. Despite my efforts, I was close to or even carrying out this kind of devouring with Dorothy.

The extraction the civil servant speaks of is a contemporary version of the invasive ‘interview’ as practised historically by sociology. For example the renowned Chicago School sociologist Clifford Shaw collected hundreds of life histories from young people using a stenographer hidden behind a screen, in a scene reminiscent of a court-room. Even today rule one in the practical ‘how to’ guide to doing interview research is first to find a quiet preferably private place given concerns of confidentiality to make the clean transcription of a human voice captured on the digital recorder easier. This was very much like the conditions under which I first met Dorothy. However, such conditions of research that make such a clinical act possible are also antithetical to the establishment of a genuine two-way dialogue, and mimic invasive state modes of enquiry.

For some participants, like the young migrants we have been working with, these kinds of interviews are often more in keeping with being questioned by the police or immigration officers. Modes of analysis demanding technical adjustments to interview transcripts derived in this manner might masquerade as rigour but are morbid and serve only to butcher participants’ accounts into different NVIVO nodal points. This is a long way from a genuine two-way dialogue and actual rigour. Elicitation and participatory research attempts to reconfigure the distribution of power between research and participant by giving them choices over what to observe and record for discussion in interview. This might be in terms of photographs taken, objects collected or whatever. This is a progression but even here there is extraction- researchers ask questions and participants respond. Ethically and epistemologically we can do better and despite shaky beginnings in terms of working with Dorothy, I think we did in the end.

We argue for a form of research that shifts the ordering of researcher dialogue, where participants are involved in deciding what/how methods are to be used to address research objectives. Distinctively, this includes involving participants in making analytical choices over what topics are important and what material needs to be collected. In our research we attempted to blur the posited division of labour between researchers and participants/interviewees, premising both extraction and elicitation methods. This was by deciding individually with research participants how and what to explore analytically in meeting research objectives and also in an analysis of the material created from the study by participants and by us. This results in the forging of a relationship whereby researchers can make observations about participants’ personal worlds and participants can shed light on how issues in their personal worlds connect with public issues. It also asks ethical questions about who is an author in contemporary sociology opening up more public possibilities.

When coming to the end of our first meeting I asked Dorothy if she would like to meet again and maybe talk about some of the stuff we touched on or anything else she felt relevant to her life, aspirations and barriers/achievements that were central to what we wanted to explore on the study. She expressed an interest in using a camera to document her life but wanted suggestions as to what she should take. I suggested photos of what she wanted to purchase but could not and what she did buy as we spoke about this issue at our meeting. She agreed. Although, we had moved away from the tone of our earlier exchanges, I seemed to be still possibly enacting participatory/elicitation modes of interviews (interviewers ask questions, participants respond) that were still ‘extraction’. Perhaps, with one difference – that being I was open to her suggestions about what to do. Nonetheless, I was not convinced we had moved away from the overall extraction frame.

When we met a couple of months later Dorothy had not done what we had talked about but had instead taken loads of sightseeing photos like the one here. She told me why. Dorothy photographed Buckingham Palace because her grandma had talked of how wonderful it was and Dorothy wanted to see it too. However, the nearest Dorothy had got before was in the back of a police van after she had been arrested for working illegally – previously she had not gone there fearing police surveillance. She had now started college, a welfare organisation had linked her into a solicitor and she had launched a residence application. She felt that her future might be opening up as she hoped she and her son would get to stay and she could become a midwife like her grandma.  Dorothy’s snapshot of Buckingham Palace is a transformative gesture shifting the analytical terms from a life circumscribed by the immigration system toward a different story about herself, her past and her family.  She trusted us with a glimpse into a freer life and the photograph is perhaps a small act in the direction of a happier future, a signal of a fuller expression of the kind of person Dorothy is and against a sense of loss and abandonment.

We continued researching with her in this sociable manner over the following 18 months. Our dialogue necessitated a continual process of listening, cross-checking and sharing meaning, not only between myself and Les but also when meeting her. This was grounded by an attempt to re-shape the dynamic of dialogue between researcher and participant, rather than analysis being the process of making a technical adjustment to transcript-reading following an interview. As well as inputting into what themes we might cover in research, participants therefore had a role in analysis. This epistemological shift asks important questions about authorship and method in research. But we believe this kind of sociable approach is valuable and urgent. That is because it is dedicated to seeing the confinements contained in society’s blind field, and hearing the injustice buried by noise or hidden in silence and bringing it into public conversation.

This article reflects the arguments made in the paper; Shamser Sinha and Les Back (2013) Making Methods Sociable:Dialogue, Ethics and Authorship in Qualitative Research, Journal of Qualitative Research, published online on the 24 June 2013, DOI: 10.1177/1468794113490717 and also the upcoming book by Les Back and Shamser Sinha entitled Migrant City to be published by Routledge in 2015.

Dr Shamser Sinha is a Senior Lecturer in Sociology and Youth Studies at University Campus Suffolk. He has a background in conducting research with young migrants and separated and unaccompanied young people in London and Europe. He is currently co-authoring a book with his colleague and friend Professor Les Back on recent in depth work with young migrants.

Les Back has been teaching in the Sociology Department at Goldsmiths, University of London since 1993. His main areas of academic interest are the sociology of racism, multiculture, popular culture, music and sound studies and city life. He writes at the Academic Diary which emerged out of a wider interest in trying to find different kinds of modes of writing but also in the opportunities offered by digital culture. 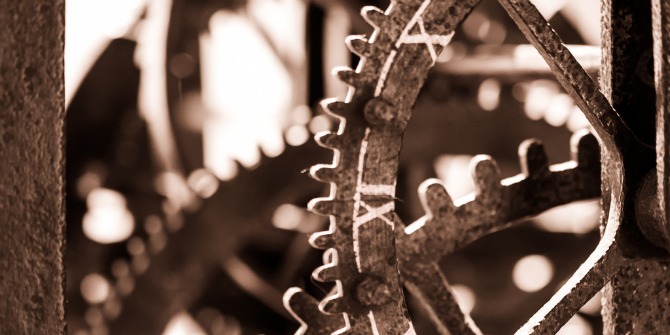