Open access arguments operate within a privatised university sector, where the market serves to maximise the production and distribution of knowledge. John Holmwood looks at how the debate over open access celebrates its contribution to dialogue while ignoring the underlying processes by which the possibility of genuine dialogue over our future is being undermined by the commercialisation of research.

For many commentators, open access to data and academic publications will bring clear public benefits, facilitating better public debate and allowing different kinds of elites to be held to account, whether they be political elites, policy makers or other kinds of experts. The case for open access appears overwhelming where the research is publicly-funded. Why should the public be denied access to that research by the high subscription pay-wall of journals? And, indeed, aren’t most academics interested in the widest dissemination of their work?

This argument confronts a paradox. The push to open access occurs in the context of dramatic reforms to universities that stress that higher education should not be seen as a public benefit, but a private investment in human capital for which the beneficiary should pay (and should pay above its costs once fees are allowed to rise above the current fee cap). Indeed, the Minister for Universities and Science seeks a more efficient and diverse system in which for-profit providers will play a larger part, and even envisages a change in the corporate form of the university to facilitate greater engagement with private equity investors. It seems that a paywall is to be removed, at the same time as new paywalls are under construction.

Once the common factor of commercialisation is teased out the paradox disappears. One of the main drivers of open access is to make academic research more easily available for commercial exploitation, especially by small and medium enterprises. In this context, it is significant that the licence under which open access should function is CC BY which enables commercial exploitation and reuse in any form. The consequence, for the natural sciences, or any other research with a directly exploitable commercial idea, is to bring the underlying research under the protection of Intellectual Property Rights.

All of this is part and parcel of the impact agenda whose primary economic purpose is to shorten the time from idea to income. Here we are witnesses to an inversion of previous science policy inaugurated by Lord Rothschild in the 1970s that was concerned with publicly funded research and advanced the idea that, where there was a private beneficiary, the beneficiary should pay. Now it seems that there should be no research undertaken without a beneficiary, but that beneficiary does not pay.

Whereas the implication of TRAC (HEFCE’s Transparent Approach to Costing), for example, was that  it would serve to identify a ‘hidden’ subsidy to private beneficiaries, these costs are primarily charged to public bodies like the Research Councils (and a block grant paid by the Government on behalf of certain charities for the research they fund). At the same time, RCUK seeks no return on patents derived from the research it funds. These are allowed to accrue income for individual researchers and their ‘employers’ with no return to the public that funds the research.

Of course, it might be retorted that the commercialisation of research serves a broader public benefit in so far as it allows UK plc to maintain its position in the competitive struggle of globalisation. Yet, this is hardly an inclusive public interest, given the widening inequalities with which it is associated and the increasing polarisation of jobs (including within universities as senior managements pursue ‘outsourcing’ to provide students value for money at the same time as leveraging money out of them through higher fees). Moreover, as Mazzucato has argued in The Entrepreneurial State; Debunking Public vs Private Sector Myths (Anthem, 2013), the shortening of the cycle from research to product is associated with the undermining of fundamental research and its associated innovations. Venture capital is interested in short-term gains and these displace the long-term research commitments which require public funding.

But what of the humanities and social sciences? Surely, here the situation is different? First, let it be noted that the very commercialisation of the university itself will have the consequence of dividing the higher education system between a small number of elite universities and others subject to the pressures from for-profit providers. This will include the ‘unbundling’ of their functions (also involving the separation of research from teaching), as described by Sir Michael Barber, Chief Education Advisor of Pearson (and former member of the Browne Review), in a recent publication for IPPR . In this context, open access – especially MOOCS (and the online curriculum of Pearson) – provided by ‘elite’ universities is the means of undermining the conditions at other institutions and providing a tiered educational system that reinforces social selection to elite positions. This is the context in which Mike Boxall of PA Consulting Group speaks of a sector divided among ‘oligarchs, innovators and zombies’.

Equally significant, is that the argument for unbundling (some) universities is the claim that research is increasingly taking place outside universities. In the case of the social sciences, this is research undertaken by ‘think tanks’ and commercial organisations. It is here that access to ‘big data’ provides commercial opportunities. Open access is an opportunity to amalgamate data from different sources, develop techniques of analysis under patent, and re-present data, and the means of checking any analysis using it, behind a new paywall. Significantly, the recent ESRC call for a What Works Partnership in Crime Reduction specifies that the products of the research need not be under CC BY, but under IPR arrangements.

This is the context in which it is argued that public data like the census can be given up and replaced by data sourced from administrative functions and commercial data, and that the Cabinet Office Behavioural Change Unit can be ‘mutualised’ – in truth, become a private company supported by public funds and venture capital with part-ownership by its academic members. In effect, the function of holding government to account is also commercialised, where the role of commercial interests in the realisation of policies should itself be a matter of public concern.

The broader matter at issue here is two competing philosophies of openness. One operates under a neo-liberal theory of knowledge, where the market serves to maximise the production and distribution of knowledge. The other is where the market is part of the problem and public institutions like universities serve democracy by facilitating debate and dialogue. Under the first, the market is the ‘automatic’ guarantor of the public interest and any negative consequences are simply ascribed to the failure properly to establish effective markets. The lasting paradox is that the debate over open access celebrates its contribution to dialogue while ignoring the underlying processes by which the possibility of genuine dialogue over our future is being undermined.

John Holmwood is Professor of Sociology at the University of Nottingham. He is President of the British Sociological Association and co-founder of the Campaign for the Public University. He is the author of a number of related blogs on neo-liberalism, the commercialisation of the commons  , open access and MOOCS , and the unbundled university. 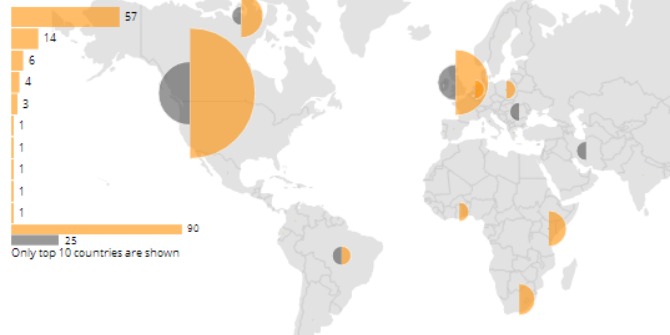 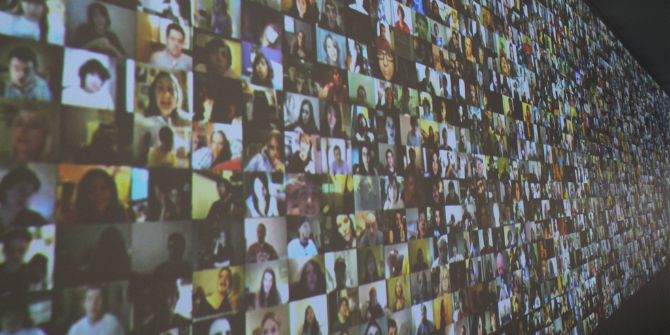