Mark Carrigan shares excerpts from the academic blog written by Professor of Philosophy and University Chancellor, Daniel Little and reflects on the professional development and rising influence of the open-source academic. For both Little and Carrigan, the integration of blogging into working practices constitutes the starting point for traditional scholarship rather than something in opposition to it.

One of my favourite academic blogs is Understanding Society. Written by Daniel Little, Chancellor for the University of Michigan-Dearborn, it covers an extraordinarily broad range of theoretical topics and sustains the rigour of serious academic writing while nonetheless being written in a relatively accessible way. I think it’s the best theory blog on the internet (by quite some way) and I’m always stunned by quite how much interesting stuff there is in the archives. The author, who has also done some excellent video interviews with leading social scientists, describes the blog as a ‘hypertext book’ and you can find an index of topics here.

My blog, UnderstandingSociety, addresses a series of topics in the philosophy of social science. What is involved in “understanding society”? The blog is an experiment in writing a book, one idea at a time.  In order to provide a bit more coherence for the series of postings, I’ve organized a series of threads that link together the postings relevant to a particular topic.  These can be looked at as virtual “chapters”.  This list of topics and readings can serve as the core of a semester-long discussion of the difficult philosophical issues that arise in the human sciences.  It roughly parallels the topics I cover in the course I teach in the philosophy of social science at the University of Michigan. I’d be interested to know if Little still sees it as a book. The sheer size of the blog’s archives suggest that it’s now something approximating a whole series of books. Clearly, it’s been a success. What I have always been curious about is the author’s institutional role (which I assume is the equivalent of a UK vice-chancellor) and the role which the blog perhaps serves as an outlet for his continued scholarship when he presumably has many other commitments competing for his time. I was pleased to see this addressed recently in a really thoughtful and thought-provoking post. The blog recently had its sixth birthday and the author reflected on the evolution of the blog and his understanding of the role that it serves:

This week celebrates six years of Understanding Society.  This effort represents over 850 posts, on topics ranging from current debates in philosophy about causal powers to China’s urban transformation to the conservative war on the poor, leading to nearly three million page views since the first post in 2007.  I’m grateful to the communities of interested readers who have followed Understanding Society on Twitter, Facebook, and Google Plus. There are almost 4,000 readers in these groups, and I’m grateful to everyone who has read, followed, tweeted, commented, and Googled the blog — thanks!

What I found particularly interesting was the author’s description of himself as an ‘open-source philosopher’. The integration of the blog into his working practices, such that it constitutes the starting point for traditional scholarship rather than something in opposition to it, is something which deeply resonates with me from the opposite end of the career spectrum. When I’ve written about continuous publishing in the past, this is exactly what I’ve been trying to say:

Virtually all the new academic publishing I’ve done in these six years began as a couple of posts on Understanding Society. You might say I’ve become an “open-source” philosopher — as I get new ideas about a topic I develop them through the blog. This means that readers can observe ideas in motion. A good example is the efforts I’ve made in the past year to clarify my thinking about microfoundations and meso-level causation. Another example is the topic of “character,” which I started thinking about after receiving an invitation to contribute to a volume on character and morality; through a handful of posts I arrived at a few new ideas I felt I could offer on the topic.  This “design and build” strategy means that there is the possibility of a degree of inconsistency over time, as earlier formulations are challenged by newer versions of the idea. But I think it makes the process of writing a more dynamic one, with lots of room for self-correction and feedback from others.

The blog has also given me a chance to write about topics I’ve long cared about, but haven’t had a professional venue for writing about. These include things like the reality of race in the United States; the lineaments of power that determine so many of the features of contemporary life; and the nuts and bolts of education and equality in our country. And along the way of researching and writing about some of these topics, I’ve come to have a better and more detailed understanding of them. Not many philosophers have such a wide opportunity to write on a variety of topics beyond the confines of their sub-disciplines.

It’s really interesting to read about the blogging experiences of someone who has been a philosophy professor for decades. I was struck by the homology between his experiences and my own in spite of our very different positions within the higher education system. I wonder if there’s something interesting about freedom here. As someone who has blogged throughout my PhD, I’ve experienced it as an intellectual outlet which has no real implications for my academic position (though retrospectively that’s not really true). Perhaps Daniel Little feels similarly free about his blog, for entirely different reasons, as a result of his institutional position leaving scholarship via his blog being something he does for its own rewards rather than any need to make a living out of it. Reading his post has increased my confidence in the notion of ‘continuous publishing’ and strengthened my conviction that, with time, this is a way of working that will become ever more common. Both the short-term and long-term gains available to those who begin to work in this way are such that it seems inexorable, barring a trend towards heavy-handed institutional regulation or something along those lines. I think the implications of this are hugely significant. Here’s how Pat Lockley and I described it in a blog post we wrote quite some time ago:

The idea which is still insufficiently clear in my own mind is how my advocacy of this relates to my belief in academic over-production. I’ve had a vague intuition for a long time about the potential ‘rebalancing’ away from ever more journal articles which ever fewer people read and towards a continuous making public of provisional work which ultimately leads to fewer though better journal articles. In a future post I’ll try and elaborate my understanding of the institutional constraints and enablements upon such as process, as well as what I imagine the landscape of scholarly publishing might look like when it is filled with a preponderance of open-source academics.

This originally appeared on Mark Carrigan’s personal blog and is reposted with permission. 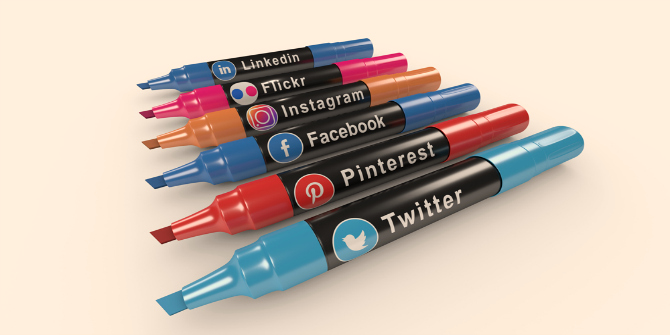 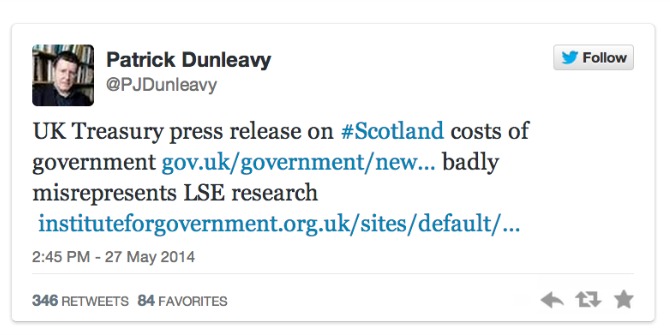