There are no simple answers to the growing demand for openness in relation to education technology and scholarly communication. Audrey Watters takes a look back at how the term ‘open’ has been discussed in the last year. As open continues to triumph in many ways, its appeal has also led to an expansion of ‘openwashing’ activities. The education community is currently embroiled in an ongoing struggle to define “what is open”.

As with the trend of “data,” “open” is something I’ve touched upon in each of my annual year-end reviews (in 2011 and 2012. Again, I recommend reading those posts to gain a sense of past, present, and future). In some ways the two –“data” and “open” – represent opposite directions in ed-tech: the former towards a consolidation of power; the latter towards its distribution. The former towards an extraction of value from the learning community, from the public; the latter towards the cultivation of a commons.

But that’s a terrible over-simplication, in part because both “open” and “data” have become so deeply intertwined in what Evgeny Morozov in To Save Everything Click Here calls “technological solutionism” – this notion that technology can provide us with simple answers (in this case, with more data or more openness) to complicated questions we can’t fully articulate or haven’t fully explored. (My review of his book as it pertains to ed-tech is here.)

In addition to the publication of his book this year, Morozov also penned a particularly brutal critique of Tim O’Reilly, coiner of the term “Web 2.0,” champion of open source and open government, and, in Morozov’s words, “Meme Hustler.” Morozov’s article – both very long and very harsh – raises important questions about the politics of software, the rhetoric of openness, and an embrace of “algorithmic regulation.” What do the forces of “big data” and “openness” have in common? What are the politics of “open,” or is “open” often simply a substitute for politics?

Few words in the English language pack as much ambiguity and sexiness as “open.” And after O’Reilly’s bombastic interventions—“Open allows experimentation. Open encourages competition. Open wins,” he once proclaimed in an essay—its luster has only intensified. Profiting from the term’s ambiguity, O’Reilly and his collaborators likened the “openness” of open source software to the “openness” of the academic enterprise, markets, and free speech. “Open” thus could mean virtually anything, from “open to intellectual exchange” (O’Reilly in 1999: “Once you start thinking of computer source code as a human language, you see open source as a variety of ‘free speech’”) to “open to competition” (O’Reilly in 2000: “For me, ‘open source’ in the broader sense means any system in which open access to code lowers the barriers to entry into the market”).

“Open” allowed O’Reilly to build the largest possible tent for the movement. The language of economics was less alienating than Stallman’s language of ethics; “openness” was the kind of multipurpose term that allowed one to look political while advancing an agenda that had very little to do with politics. As O’Reilly put it in 2010, “the art of promoting openness is not to make it a moral crusade, but rather to highlight the competitive advantages of openness.”

Not surprisingly, Morozov’s article about Tim O’Reilly wasn’t well-received in many open government, open source, and open data circles. Tim O’Reilly is a well-liked guy, not simply a powerful one. But Morozov’s provocations are important, I’d argue (even if folks feel they’re impolite) as the adjective “open” becomes ascendant, or indeed, as “open” wins.

In the face of “open” triumphs, we also saw this: 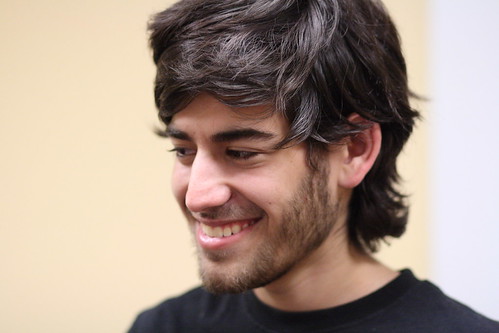 On January 11, Aaron Swartz took his own life. It’s a death that has loomed over the entire year – for me, at least. It’s a loss that colors how I frame “open” and “data” and “scholarship” and the politics of all of the above.

Swartz was a hacker; he was an activist. He had played a role while still a teenager in the creation of RSS, Creative Commons, Reddit.

Swartz was indicted in 2011 for downloading millions of academic articles from a JSTOR database through an Internet connection in the MIT library. He was charged multiple felony counts – two counts of wire fraud and 11 violations of the Computer Fraud and Abuse Act – and faced up to 35 years in prison and over $1 million in fines.

As investigations into Swartz’s death unfolded, it became clear that federal prosecutors had been quite vindictive and MIT quite complicit in the events that led up to his death.

I thought about Aaron Swartz often this year; his death weighed upon me not simply because of friends and colleagues who knew and loved him well. With all the talk I have heard this year about an ed-tech “revolution,” oh how few of those folks know what it means to live under the scrutiny, the investigation, the prosecution, the violence of those in power.

Aaron Swartz’s politics of “open” were a politics. “Open” wasn’t simply an adjective plugged into a press release, attached to a startup pitch, embedded in a tech blog headline. Aaron Swartz’s politics of “open” were enmeshed with a challenge to intellectual property law; they offered a challenge to the economics of restricted access to scholarship; they were intertwined with the technologies of the open Web – and those technologies, let’s not forget, are political as well.

If, as I suggested in my previous “Top Ed-Tech Trends” article on data and privacy, that revelations (thanks to Edward Snowden) of the sweeping NSA surveillance programs are the most important story of 2013, then I’d add too that that story cannot be fully separated from Aaron Swartz’s – the control of information and data, the use of technology to “liberate” information, the persecution/prosecution of these “hackers,” systems of power (that liberal IP licensing doesn’t necessarily unseat), the battle for “open.”

The Battle for Open

Open University’s Martin Weller recently argued in an essay called “The Battle for Open” that “Openness has been victorious in many ways,” but Weller cautioned that “at this point of victory the real struggle begins.”

If you look at openness in research, teaching, publication scholarship, then it’s hard to argue that openness hasn’t been successful over the last few years in establishing itself as a core approach in higher education. It isn’t something just a few oddballs bang on about now, it has moved to the centre of discourse (and, more importantly, funding).”

And yet it doesn’t feel like it should. We aren’t seeing David Wiley leading triumphant processions down Wall Street. The MOOC invasion and backlash is the most visible part of all this, but I think that is just representative of a wider story.

This battle involves the ongoing struggle to define “what is open.” It involves the narratives that dominate education – “education is broken” and “disruption is inevitable,” for example – and the “solutions” that “open” purports to offer. It involves a response to the growth of corporate ecosystems and commercial enclosures, built with open source technologies and open data initiatives. And all of this, I would argue, must involve politics for which we shouldn’t let “open” be an easy substitute.

This originally appeared on Audrey Watters’  blog Hack Education and is reposted with permission.

Audrey Watters is a journalist specializing in education technology news and analysis.  Although she was two chapters into her PhD dissertation, she decided to abandon academia, and she now happily fulfills the one job recommended to her by a junior high aptitude test: freelance writer. 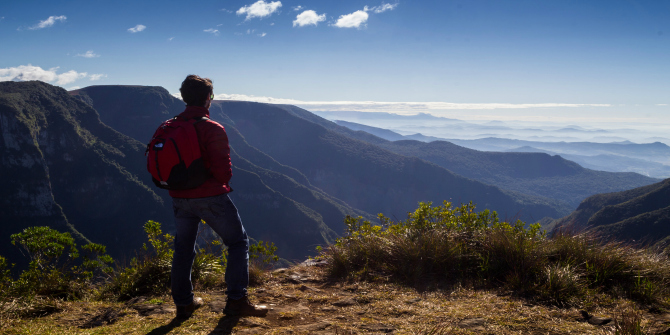