Open access advocate and Cambridge mathematician Tim Gowers has been pulling together information on Elsevier journal subscription costs in an effort to provide a bigger picture of what the current scholarly communication system is costing university libraries (previously withheld information due to confidentiality clauses in contracts). His overview report on what has been obtained through Freedom of Information requests sent to universities around the world is definitely worth a read.

A striking aspect of these amounts is just how much they vary. How does it come about, for example, that University College London pays over twice as much as King’s College London, and almost six times as much as Exeter?…The present system (as it is in the UK, but my guess is that these remarks apply more generally) would be inexplicable were it not for the fact that it grew out of an older system that existed before the internet.

Although the differences between the amounts that different universities pay are eye-catching, it is important to be clear that they are a symptom of what is wrong with the system, and not the problem itself. The problem is quite simply that Elsevier has a monopoly over a product for which the demand is still very inelastic (the lack of elasticity being largely the fault of the academic community), with the result that the prices are unreasonably high for the service that Elsevier provides. (It bears repeating that the refereeing process and editorial selection are not paid for by Elsevier — those services are provided free of charge by academics.) If Elsevier were to equalize the prices (or equalize some suitable quantity such as price divided by size of university, or price per use) while keeping the aggregate the same, this would not solve the underlying problem. [read more]

Michelle Brook at the Open Knowledge Foundation also provides some context for where Gowers’s obtained information fits and what more information is still needed to fully understand the situation facing universities:

In a time of decreasing research funding from Government (given UK inflation rates the flat-line research budget results in a real terms cut), and increased onus on students as a source of income, what is an acceptable cost for publication of research?…These conversations are rarely had; partly through lack of information, and partly through the disinterest of many academics. And traditional publishers such as Elsevier benefit significantly and exploit the disinterest of many academics in this space…There are countless other traditional publishers to whom academic libraries pay subscriptions: Wiley, Oxford University Press, Nature Publishing Group, and Springer just to name a few. And none of this data is out there. No-one knows how much money is being drained from the academic university budgets (either from research grants, or indirect money received through HEFCE grants or student tuition fees) to the financial benefit of these for-profit publishers. [Read more]

Grading journals based on how “open” they are, as opposed to citation impact or h-index, is a novel approach, and one that had not been applied to LIS literature to our knowledge…Journals that are fully open access without any publishing fees will have a J.O.I number and a “+” illustrating positive connotations. Information Technology and Libraries, for example, published by Library and Information Technology Association/ALA, would have a J.O.I Factor of 12+; four points for author retention of copyrights, four points for broad reuse rights (CC-BY), four points for the author being allowed to post any version of the article in a repository and “+” for the journal being fully open access without imposing any publication fees. [read more]

Writing for impact: how to craft papers that will be cited by Rob Kitchin at The Programmable City

Basically, if you want your work to have impact you should try to write articles that meet Level 3 and 4 criteria — that is, produce novel material that provides new ideas, tools, methods that others can apply in their own studies.  Creating such pieces is not easy or straightforward and demands a lot of reading, reflection and thinking, which is why it can be so difficult to get papers accepted into the top journals and the citation distribution curve is so heavily skewed [read more]

A Public Library of the Humanities? An Interview with Martin Paul Eve by Adeline Koh at ProfHacker:

There certainly is labour in publishing that must be compensated and this cannot be over-stated. It is not, however, at least in my calculations, $2,950 worth of labour for a single article, especially when large portions of academic publishing (and most notably typesetting) are often outsourced at extremely cheap rates to the Indian subcontinent, while academics, as previously noted, provide many of the other parts of the chain. [read more] 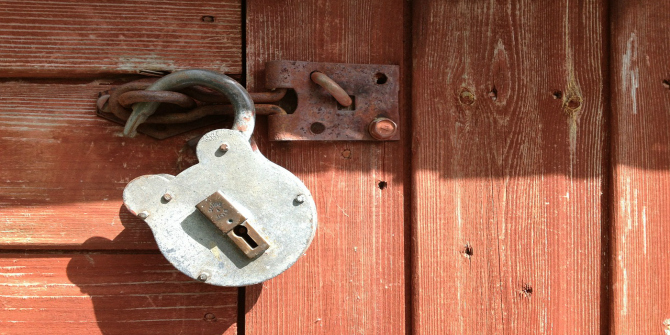