Feminist voice is a key pathway to women’s empowerment, argue the contributors to this collection of analytical narratives, Voicing Demands: Feminist Activism in Transnational Contexts. Case studies set out to challenge the existing debates on women’s’ political engagement to uncover the key role of feminist activism in building and legitimising women’s voices in different political contexts. From South Asia, Latin America, South Africa, and the Middle East, women’s voices are calling out for recognition and change, but the question is, who’s listening? Katherine Williams recommends this rich read to development and gender studies students.

Sohela Nazneen and Maheen Sultan have assembled an impressive collection of diverse reflections and experiences of feminist researchers and activists from across the world to explore exactly how different global trends have simultaneously created opportunities and challenges for feminist voices. The importance of voice and lived experience adds legitimacy to existing feminist debate and Nazneen and Sultan’s book is instrumental in illustrating that certain indicators and institutionalised reforms have somewhat sanitised feminist activism, especially in development.

The Fourth World Conference on Women, held in Beijing in 1995, has long been considered a milestone for women’s rights; the increased visibility of women within political discourses ensured that they were afforded an increased prominence in development policy since this influential event. However, the editors argue that four broad courses of change have impacted upon women’s voice and activism in transnational contexts since Beijing: the development of transnational linkages; the NGO-isation of the feminist movement; the rise of conservative forces; and an increase in donors’ powers to shape the feminist agenda (p. 9). The editors argue that the post-9/11 world has also created a complex reality for the feminist voice, especially for those from countries with a Muslim majority. This increases the marginalisation of women’s voices within the transnational feminist movement, and encourages the homogenisation of women’s issues that are often co-opted by Western liberal feminists; women of colour are often left out of the debate completely. Nazneen and Sultan argue that women’s activism spaces have become increasingly associated with professionalisation, managerialism, bureaucratisation and NGO-isation, thus stifling the participation of certain groups of women; predominantly those of the working or lower classes (p. 8-9).

Three case studies from the book which are particularly insightful are the editors’ exploration of feminist voice and compromise in Bangladesh; the contradictory nature of the articulation of women’s rights in Pakistan by Afiya Shehrbano Zia; and the investigation of the problems facing Palestinian women’s movements by Eileen Kuttab.

In the case of Bangladesh, Nazneen and Sultan unpack issues that plague coalition-building between feminist groups. Smaller, local feminist groups are often marginalised by bigger ones advocating the same cause. The monopoly held by larger groups with more political connections is often accepted as a compromise by smaller groups in order to ensure their participation in national networks. Feminist activism is vibrant in Bangladesh argue Nazneen and Sultan, but, ultimately, smaller groups do not hold any real currency in mainstream politics. The state itself is hierarchical in terms of gender and class, and therefore key groups are made up of ‘elite’ women perceived as the go-to ‘experts’ on issues that affect Bangladeshi women from all walks of life (p. 51), despite no real engagement with women on the ground. The question remains, how do ‘other’ women access decision-making spaces? Are the strategies of active women’s groups well-chosen? Ultimately, such strategies are influenced by two overwhelming factors; the moral conservatism of the state, and the polarisation of civil society (p. 45).

Shehrbano Zia believes that a cursory reading of literature associated with women’s activism and women’s meaningful democratic participation in Pakistan may seem a little at odds with the realities of women’s lives, given the various military dictatorships that have often placed limitations and restrictions on the place of women in society. Shehrbano Zia believes that one of the dilemmas for women’s groups in the country is the inherent contradictions experienced under liberal dictatorships; i.e. different regimes promising and then retracting on rights for women (p. 153). The presence of militant Islamic groups also presents a threat not only to women, but to the security of the state itself. The author argues that ultimately, it is only democratic politics that can ensure the meaningful participation of women as political actors and a localised resistance to fundamentalist forces (p. 155). However, Shehrbano Zia warns that the insidious threat of theocratisation is one element that activists have been unable to resolve, and is perhaps the most dangerous challenge that Pakistan currently faces. Hence, the rise of conservative forces – one of the four broad courses of change that the editors warn impact on feminist transnational activism – certainly holds in the case of Pakistan and the issues facing its feminist movement, alongside the inherent dictatorship/democracy dichotomy that the author discusses at length in her chapter.

Eileen Kuttab’s chapter regarding Palestinian women’s movements argues that one of the key obstacles to advancing women’s demands is the rise of the Islamic movement Hamas, alongside the impact of colonial occupations on Palestinian women. From enforcing the veil on women and controlling the movements of women on the street,  Kuttab writes that Hamas has been responsible for limiting women’s roles in public and political life. The professionalisation of women’s organisations and their donor-driven agendas has also been a massive obstacle to voice and agency for Palestinian women; national women’s movements, in line with a phase of state-building in the post-Oslo period, marginalised grassroots women’s issues with the prioritisation of national ones. A consequence of this was the depoliticisation of the concept of gender and a mainstreaming of local, national and global agendas; perhaps unwittingly instigated by the Beijing conference.

Problems that face women’s organisations in all of the case studies included in Nazneen and Sultan’s collection include the engagement of the next generation of feminist activists in this era of increased globalisation and transnational linkages. The editors also contend that the number of young women who engage with religious discourses as a framework for women’s rights presents a problem in that their activism could be read as being representational of a wider religious agenda designed to in fact restrict the movement of women in society, under the guise of emancipation.

Voicing Demands: Feminist Activism in Transitional Contexts is an extremely interesting and thought-provoking book which challenges Western assumptions regarding the nature of feminist activism across the developing world and serves as a stark warning against the homogenisation of the feminist movement and the suppression of feminist voices. Giving marginalised women a voice and the political agency to participate on the world stage has long been the focus of feminist groups across the world and increasingly, this is being compromised and sanitised by institutionalisation of feminist issues. The voices of women from across the political diaspora are there to be heard, if the world is willing to listen.

Katherine Williams graduated from Swansea University in 2011 in German and Politics, and is currently studying for a MA in International Security and Development. Her interests include the de/construction of gender in International Relations, conflict-driven sexual violence and grassroots feminist activism, being a co-founder of Swansea Feminist Network. You can follow her on Twitter@polygluttony. Read more reviews by Katherine. 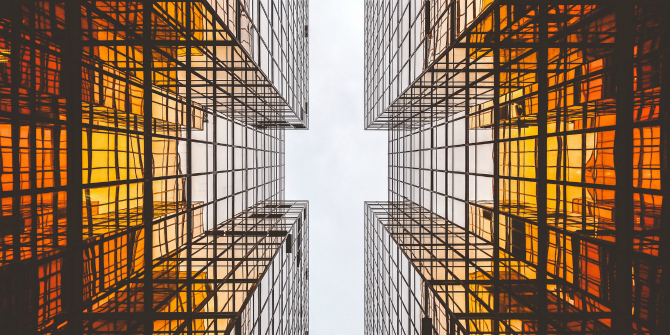 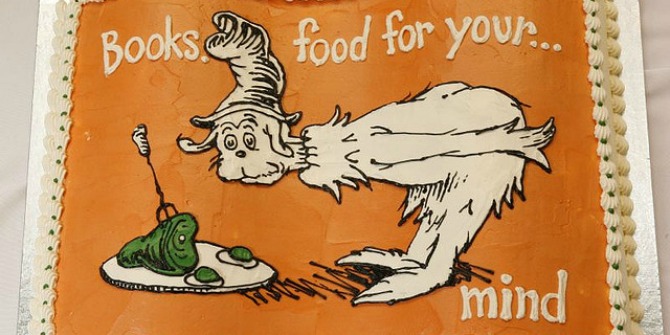 Male, Mad and Muddleheaded: The portrayal of academics in children’s books is shockingly narrow.