This collection sees development as something that can be understood through studying literature, films, and other non-conventional forms of representation. Chapters focus on development issues on blogs and social media, Band Aid and populist humanitarianism, and teaching international studies with novels. Eleftheria Lekakis finds this a great read for scholars of development studies, media and communications, sociology, anthropology and geography at all levels. 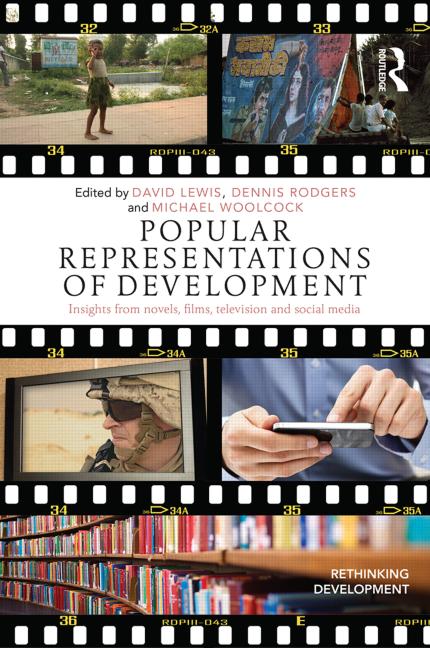 Popular Representations of Development: Insights from novels, films, television and social media is an engaging and accessible read which aims to give readers an enhanced understanding of the relationship between media, development and social change. It does so by opening up an inquiry of representation in relation to democracy and development.

According to the editors, David Lewis, Dennis Rodgers, and Michael Woolcock, our very understandings of development have tended to indulge in official and institutional communications. Addressing this, with this work they contribute many insights into the process of representation through popular culture, thus furthering our understanding of the public perceptions of development.

This book is a crucial read for anyone seeking to understand the dynamics of international development. There are at least two reasons for this: firstly, the problematisation of global North/global South relations is interrogated through analysis of representations of development; and secondly, the question of power is brought to the fore through an analysis of tropes and strategies for articulations of development.

The editors co-author a chapter on the projection of development and the opportunities and limitations of cinematographic representation. They focus on the power of representations to shape and influence  popular Western conceptions of development. Using a series of case studies, the authors argue that we can identify common themes in films related to development, such as the divide between the rich and the poor, and friction over commerce and market injustice. For example, the authors compare City of God (2002) – in which two boys growing up in a Rio favela take different life paths – with the less-known La Yuma (2010) – Nicaraguan drama focusing on a girl from a poor part of the capital who dreams of becoming a boxer –  and discuss the potential pitfalls of cinematic representation. They identify the simplification of complex realities as a common feature, and discuss how  film can help chart a chronology of development and highlight its contextual constraints. Overall, this chapter sets the stage for the exploration of representational or interventional social change through film – a significant contribution in the field of development studies. 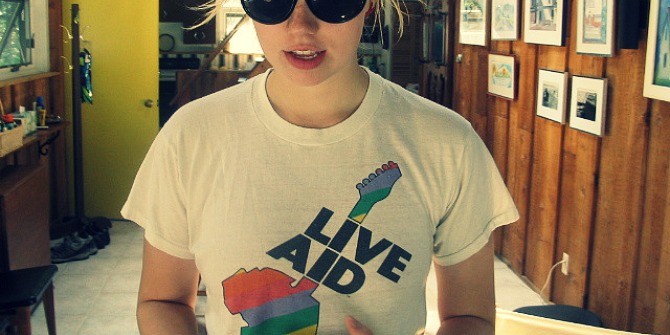 Another highly pertinent chapter – this time by Uma Kothari – analyses visual representations of development through the case study of the Empire Marketing Board (EMB) poster campaign, circa 1926-1933. Kothari traces links between the EMB campaign – the first systematic approach to convey ideas of progress and humanity through visual representation – and contemporary development communication. In this process, she guides readers through a history of colonial communication, showing how central the notion of consumption is in notions of progress and humanity; just as the EMB attempted to positively stereotype empire goods, current representations of development encourage us to turn to consumer power as a mechanism for social change. We encounter such examples every day, whether through charity shops or through the purchase of an ethical consumer label. In her valuable contribution, the author highlights how visual representations of the EMB attempted to manage impressions of the British public around terms such as ‘home’ and ‘overseas’, as well as ‘coloniser’ and ‘colonised’. These terms were presented as different edges of progress (home and coloniser/ progressive) and humanity (colonised/ backward). The campaign also sought to produce commodity cultures, and to create meaning about the organisation and legitimacy of the Empire. The didactic character of the EMB campaign is part of Britain’s imperial history, as “the posters continued to reify a hierarchal imperial system and reproduce paternalist and unequal relationships between coloniser and colonised” (p. 159). To finish, Kothari calls attention to the historical legacy of present day development as preceded by such colonial tropes.

In conclusion, this book provides a timely and significant parameter in the study of development through the exploration of its popular representations in representative Western democracies. Through the illustration and analysis of diverse case studies with respect to the power of the image in shaping and sharing meaning about the concept of development, it illuminates the prevalence of popular culture and calls for a more grounded understanding of public perceptions of progress. It is certain to be a great read for scholars of development studies, media and communications, sociology, anthropology and geography at all levels. 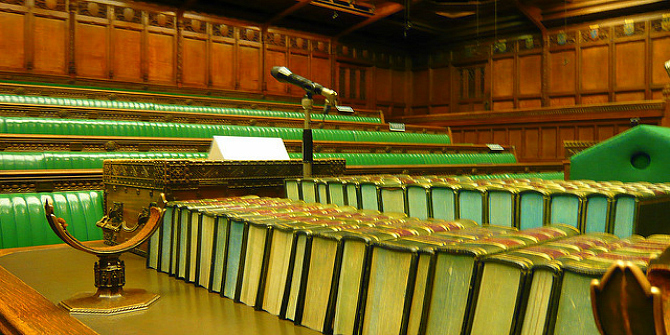